3
Chapter 1 part 1
posted by HaleyDewit
One দিন after Stefan has joined Klaus.
Damon was lying in his bed, his eyes closed, when a shadow came over him. Soft lips touched his and he opened his eyes, staring at the brown ones of the woman he had loved for many years. He knew it was her; the other girl wouldn’t be so playful, especially not now her boyfriend was gone.
“Get off” Damon said, not in the least impressed দ্বারা her lack of clothing. She held her head diagonally and put a teasing smile on her face. “Damon, Damon, Damon, আপনি should know better than to say no to me. আপনি know how … vicious I get when I don’t get what I want” She played her fingers around the buttons of his শার্ট he never took off the night before. Damon grabbed her fingers and nearly squeezed them. “I said, get off, Katherine. I don’t-” He didn’t get to finish his sentence, because Katherine firmly pressed her lips on his. “You were saying?” she asked, still with that teasing smile. Damon smiled as well. “You might want to leave” “Why?” she asked with a giggle. Suddenly she felt her skin boiling and burning. “Aaaaaaaaaah!” she screamed. She jumped right in the corner, seeking the shadow. She looked up, her face a mask of fear. Damon was now sitting on the bed, with a satisfied smile on his face, and at the window…
“Because the sun’s coming up” Elena answered Katherine’s question.
“Bitch!” Katherine snapped.
“Pleasure’s all mine” Elena ব্যক্ত without any trace of a smile. She turned to Damon. “Are আপনি getting up? We won’t find Stefan while we’re sleeping” Damon raised his eyebrows. “Yes, ma’am” Elena sighed. “Damon. I can’t do this alone, I need your help” She looked at Katherine. “And yours” she added. Now Katherine raised her eyebrows. “One little tip, sweetie. If আপনি want ভ্যাম্পায়ার to help you, আপনি better not set them in the sunlight” “I’m sorry, I’m just nervous. আপনি two are playing with each other, while Stefan is missing” Elena explained herself. Damon, who saw she needed some comforting, raced out of বিছানা and put his strong arms around her. “Don’t worry, we’ll find him. We’ll find him and we’ll save him” he whispered in her ear. “I promise” He ignored the soft voice inside of him, praying they wouldn’t succeed in their purpose. Elena, who knew how Damon felt about her, gently pushed him away. “I know you’ll do everything that’s in your power to get him back” she ব্যক্ত with a sharp look in her eyes, as if she could read his mind. Damon nodded.
A cough brought both back to earth. “Yeah, I don’t want to ruin this cute, intimate moment, but I’d rather not stay here all day” Katherine ব্যক্ত grumpy. “So, if one of আপনি could shut the sun out, that would be real nice”
Elena, who was closest to the window, closed the curtains.
RedHood591, TheExcorcist and 2 others like this
20cosmogirl question why would katherine burn she has a bracelet that protects her.
HaleyDewit In the tv show as well? I didn't read the books.
HaleyDewit Right, the bracelet! I remember now. Damnit. I'll find a way to fix it.
Nutika Maybe Klaus took it from her befor giving cure for Damon?
HaleyDewit That could work. Thanks!
5
vamprie diaries season 2 episode 16 guide
posted by bussykussi
The House Guest
Even though Elena, Damon, and Stefan and tired of Katherine's constant mind games, they realize that Katherine's knowledge of Mystic Falls history will help them survive. Caroline finds a new way to get Matt's attention after feeling frustrated with their relationship. Alaric reveals some shocking information to Jenna, and Katherine makes a different kind of confession to Damon. Stefan and Bonnie try to convince Jonas and Luka that they should all be working together, but Jonas' lack of trust leads to a violent and intense confrontation.
6
MY version of Delena.
posted by RChaha
So I was recently inspired দ্বারা fellow ফ্যানপপ members that would write their own version of Damon and Elena. It might seem similar but it really isn't. It's been a miserable experience waiting for a delena moment and nothing happened, so I decided to write what I really wanted. Here it is.

Damon: I need to tell আপনি something.
Elena: I don’t have time for this Damon. I have to… (Searches for Stefan around her)
Damon: Fine. Go.
(Elena looks back at him, then around her)
Elena: What is it?
Damon: No, seriously. This isn’t something I can just fit in your schedule, Elena.
Elena: Damon, what is it?...
continue reading...
15
The Shadow Of Your Heart: One Girl, 2 Brothers, An Impossible Choice?
posted by delenasalvatore
'The stars, the moon, they have all been blown out
You left me in the dark
No dawn, no day, I'm always in this twilight
In the shadow of your heart'

Florence and The Machine, 'Cosmic Love'

Every DE অনুরাগী wants it to happen. But not every অনুরাগী of 'The Vampire Diaries' feels the same way:

'The only way Elena will end up with Damon is if Stefan dies.'

'It would be wrong for Elena to sleep with Damon after she slept with Stefan.'

'If Elena had sex with Damon she would look like a slut/tramp/whore.'

'Elena could not possibly choose Damon who has a history of shredding innocent people to death.'

I'm sure you've...
continue reading...
12
damon and elena the school party প্রণয় PART 3
posted by damonandelena99
Again im not a writer but i am so in প্রণয় with the couple !!! x damon and elena

It was stefan, i had no idea what to do my mind just froze all i could think about was getting damon out of my room, damon stood up and walked slowly over to the window without taking his eyes off me and picked up his শার্ট where he had thrown it off in the heat of our passion. He just stood there looking at me but i was panicing that stefan would come up and see .
"DAMON!" i shouted but damon flew across the bedroom and put his hand over my mouth
"You shouldnt be so stupid to shout...
continue reading... 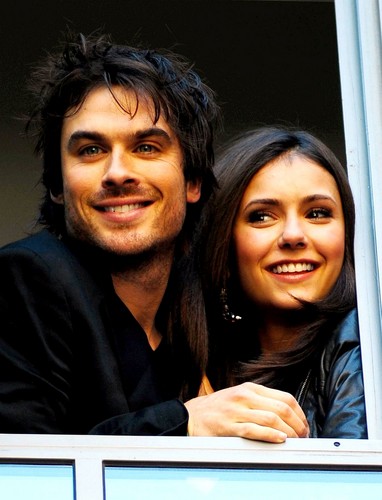 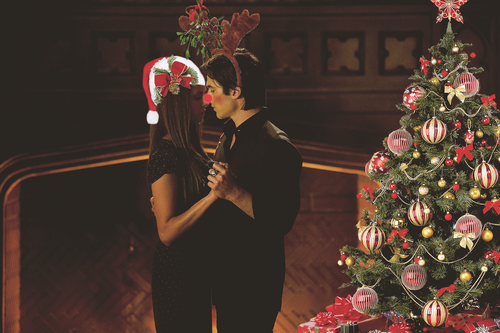 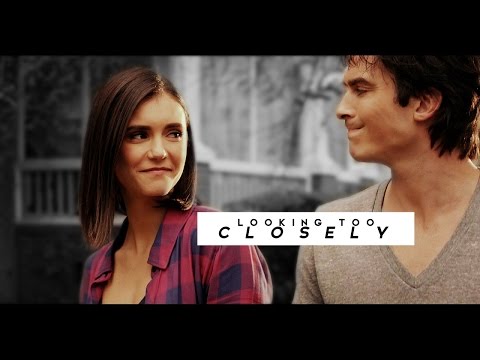 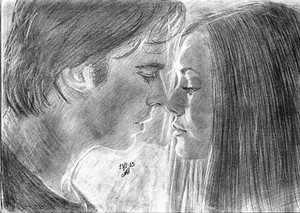 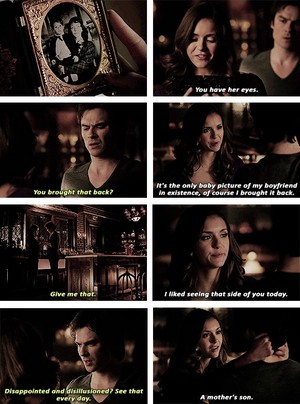 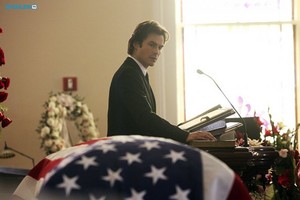 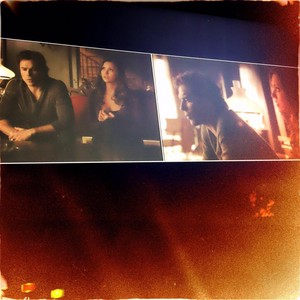 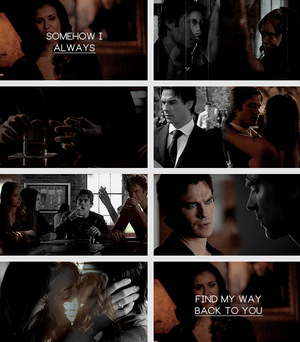 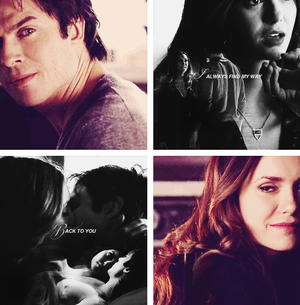 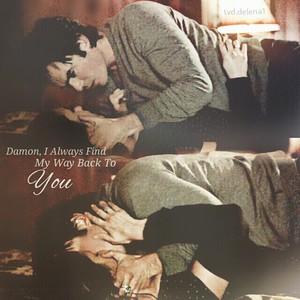 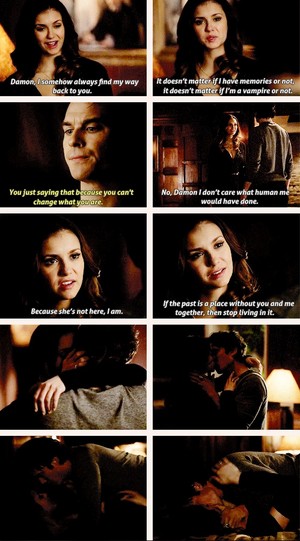