3
It's been a while...
posted by xDark_Angelx
Happy New Year, fanguins! :D Yeah, I bet you're surprised to see me here. It's been a while, hunh? Goodness, I've been so terribly busy. I'm a senior now, got accepted into the college I most desired to get accepted into, লেখা and making videos, and of course, school work. God, I hate school--especially Math. CURSE আপনি CALCULUS!

Anyway, I want to say how much I miss it here. I want to come back so much, and yet... I don't know. I loved it here so much, it's not even funny! I had a great few years here, and the অনুরাগী all meant so much to me, whether they're gone অথবা totally new. Even if I don't even know you, we're friends, 'kay? Just because you're a fanguin and on Fanpop, I'd like to be friends. আপনি know, if I came here আরো often. If so, I'd be everyone's friend, because I প্রণয় people here.

As for this article, I feel like I have so much to say but don't know where to start. I guess I can say that... I've হারিয়ে গেছে interest in the show.

Is it because I've grown to dislike the show? Heck no! Mainly to blame is how it's never on, and with that, I watch other shows and fall in প্রণয় with them. Legend of Korra, Big Bang Theory, My Little Pony, and now I'm watching House (man, I have a lot to cover with that!). And with these shows, they take my mind off of the Penguins, yet when I realize I হারিয়ে গেছে interest in the show, I do feel sad. It was such a great প্রদর্শনী in its running, and the অনুরাগী are unbelievable. It was great run, but I think it's now going to be done for a while.

So while I might come around every once in a while, don't expect me around. আপনি might find me on Youtube, Fanfiction, অথবা FIMFiction (My Little টাট্টু fanfiction site only... go figure!). I haven't been on this site at all in weeks, and I'm here only to let the few of আপনি who actually remember me know I do not desire to leave, nor do I like leaving good বন্ধু behind and forgetting the show. It's just life, it happens.

It's so weird; months ago, I was afraid this would happen and I'd be devastated. Now... I'm pretty fine, আপনি know? I'm happy with life and everything, and I like to think this site helped me go through the shit life put me through.

In exchange for my sad sob story of my departure, however, I'd like to mention that I do a sort of series on Youtube. It's called My Two Cents, and I've been doing কার্টুন a lot. I'm going to do this one, and I mentioned আপনি guys in it near the end. Would anyone like to see it (it's not out yet, since I have yet to উঠিয়ে রাখুন it). It's sort of my good-bye to the show, at least until I can rediscover the spark; it's not likely, but it's also not impossible. After all, we still have the show's finale to look অগ্রবর্তী to.

~Dark Angel
MaxTheCat, peacebaby7 and 1 other like this
mostar1219 Well, POM doesn't come on much, but what I usually do is try to find connections between POM and my other interests, like autism, intimate romance, slash pairings, etc.
peacebaby7 Glad to see ya! :D Congratulations on being accepted to that college! Good luck and hope to see you around again soon!
hotsnowsels Good to see you again! I missed you, I really did. Congrats on getting accepted into the college you wanted! I understand, a while ago I lost interest too. It's weird how our brains work... take away something, anything, even a friend for a while and we start to erase it. But I started writing fanfiction again and it got me back into the spirit. The big last episode is yet to air, and I hope you still enjoy it!
xDark_Angelx ^Me, too. With Doris the dolphin, Dr. Blowhole, and Ty Burrell (one of my favorite actors) as a platypus, I doubt I'll be disappointed. For all I know, perhaps I could watch a few episodes again. Have any new episodes come out in the past month. As for the college, FYI, it's Penn State (main campus), so thanks you guys. And I do hope I pop around, too. Maybe when things are far less hectic (or just around the time that special last episode comes), which is God knows when.
peacebaby7 Well, I can't remember exactly when it aired, but Marble Jarhead and Good Night and Good Chuck is what aired last. However there is a link to the unaired episodes (as of the US) to the Best Foes and Night of the Vesuviuses on fanpop now as well. :)
xDark_Angelx ^Wow, I've only seen one of those. I really need to get caught up! To the video section!
Private1sCut3 Congrats and welcome back, master fanguin. :P (I think it was you who made the fanguin name.) If you haven't already heard, PoM was nominate for 5 Annies! I hope you enjoy the newer episodes if you watched them yet. :) It's good to see you back too! :) We haven't talked much, but you seem really nice and you have a nice singing voice!
xDark_Angelx ^Thanks so much. Yes, I did make the fanguin name--though you should give Eppo (I forget how the rest of her username goes XD) credit for making it public; she made it its own image so people can see it. Though me, a master fanguin? You're pushing it. XD 5 Annies? Great! I look forward to see how they do. And I'm actually considering re-doing the "Brand New Plan" cover (since I deleted my old channel). I just watched "Marble Jarhead" actually. I was dying with laughter. I truly miss this show. I may stay around for a bit--it may not last long, but hey, I'll try. Haha.

6
The Turkey Sounds Exactly like Kowalski!
added by penguinlover723
Oh man, When ever i hear him i just think of Kowalski. =) i just found out Its the same voice actor
video
voice
turkey
house of মাউস
kowalski
দ্যা পেঙ্গুইন অব মাদাগাস্কার 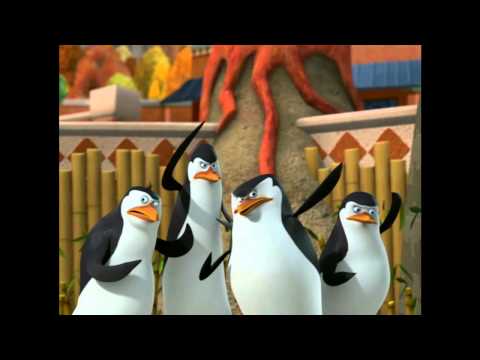 9
PoM~Courageous!
added by CuteCuddly
Okay, I know this is a Christian song, but it just works so well! If আপনি don't like it, don't watch, but rude মতামত will NOT be accepted!
video
দ্যা পেঙ্গুইন অব মাদাগাস্কার
skipper
kowalski
rico
private
courageous 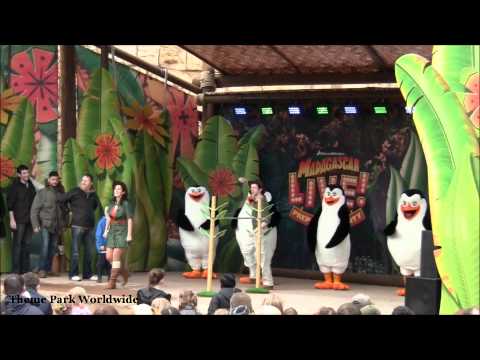 2
Madagascar live
added by peacebaby7
OK, so maybe some of the parts are lame...but remember it's for the kids. Although some of it is kind of funny! And Mort is huge....O.O
video
দ্যা পেঙ্গুইন অব মাদাগাস্কার
madagascar
live 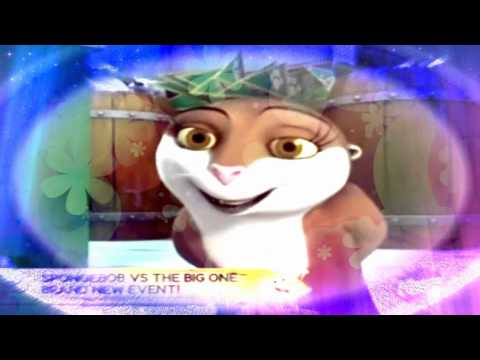 5
Skipper and Marlene - A Moment Like This
added by Sw33tPoMFan
Requested from Tressa-pom from ফ্যানপপ :) I'm not sure if you'll like it but I hope আপনি do! XD :) Song: A Moment Like This Artist: Kelly Clarkson
video
দ্যা পেঙ্গুইন অব মাদাগাস্কার
skipper
marlene

Passing Through, PoM Style!
added by CuteCuddly
I hope আপনি enjoy. I made the video, but I own nothing.
video
দ্যা পেঙ্গুইন অব মাদাগাস্কার
colin buchanan
passing through

13
Do আপনি know what a lifetime devoted to Sci-Fi-movies has taught me?
added by Kannotekina
video 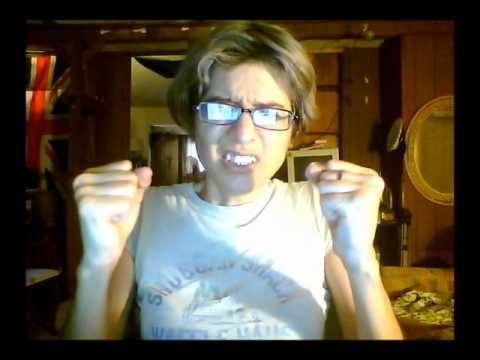 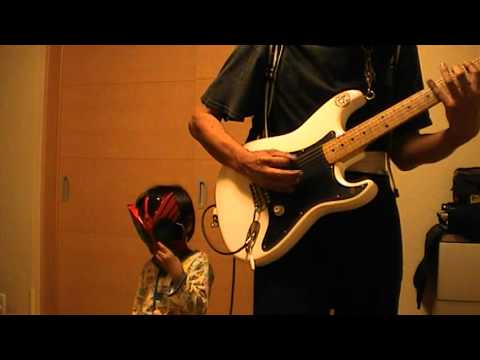 16
The Penguins of Madagascar in elitricguitaaaar uhiiiiiiii !!!!!!!!!!!!!
added by juhpink
That is so \awesome/ :-D
video
the
theme
song
পেংগুইন
of
madagascar

2
A Valentine's message...
added by DorisTheDolphin
^-^ Just ask for translations he he :D
video 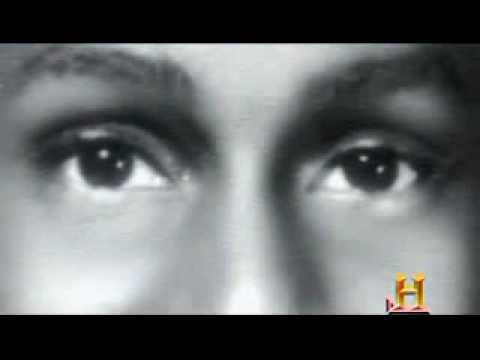 6
What Kowalski Saw On The Telly That Made Him Want To Explore Time Travel [MAD Science!]
added by yokaisummoner
Who else is thinking that Kowalski saw THIS specific History Ch Episode which gave him the idea to make a time machine, The Chronotron. XD Anyway this is just an interesting vid..it got me thinking about that PoM episode "It's About Time".
video
time travel
it's about time
kowalski
alternate realities
mad science
chronotron
time paradox