FOTM September 2014 Interview with Lovebaltor
posted by Princess-Flora
1. What was your reaction about being FOTM?

I was surprised, honestly. The spot has kind of died down since school and classes have resumed for the most of us, and it's sad. I didn't post that much - though I've been trying to find time. So, thanks for voting for me guys :)

I think most people should know this দ্বারা now, but if you're newer to the spot and have decided to read my 'exciting' interview... Then Tecna is my favorite. She's been my পছন্দ since the very beginning and I'm sure she will always be my favorite.

Bloom. If আপনি want আরো information as to why I dislike her, click here.

I think it's a tie between Winx/Charmix and Enchantix. I really প্রণয় the simplicity of the original transformations and even though Charmix wasn't this whole big new outfit, I really প্রণয় the way the girls earn the charms. Believing in yourself and admitting your mistakes and weaknesses is something really hard to do - and I really connected আরো with the characters in season two because of this transformation. And Enchantix is just really beautiful in my opinion, and the way that they earn it is really great too; each of them প্রদর্শিত হচ্ছে how selfless they can be (except Bloom. Cheap ass).

Bloomix. It's a cheap and useless transformation - and it doesn't even look that good. The way that they earned it was just like Enchantix: আপনি have to perform some ব্রেভ act. But the 'brave acts' are just - Stella and Layla avoiding monsters gives them their new powers. Much brave. Such wow. And an entire form based on how great Bloom is? Can we not.

I প্রণয় how friendly everyone is towards each other and how supportive and willing to help we are. It kind of stinks that we've all been busy and the spot has died down, but hopefully everyone will eventually come back on - during breaks and whatnot.

7. Is there anything আপনি wish to improve on this spot?

Not really. There isn't really anything that this spot is lacking in.

8. What do আপনি miss most about the old episodes?

The plot. The past two seasons have been totally lacking in anything original and interesting. Season five was boring and irritating with the amount of "go green" propaganda was just sickening. Season six is just annoying and even though the অ্যানিমেশন gets slightly better (albeit flashy), the Winx are just going around to the different parts of the world and the one episode I watched - the one where they go to China - was super racist.

It's a tie between one and three. I really like the first season because of the plot and how each character develops, and of course, the Trix are awesome in this season. And season three just has an awesome plot and Valtor is just bae.

I haven't watched that much of season six so I'm probably going to say season five. It was irritating and the plot was nonsensical and this was the season that brought us the dreaded... 3D EPISODES *screeches*

I like the pixies the most. I feel like they helped bring out the best in the Winx when they were first introduced and most of them have really cool designs (especially the older pixies like Athena and Discordia). The pets were alright, but I really only liked Artu. And the Selkies were just no.

I like Faragonda and Griffin a lot. They're both badass and get stuff done. They've been mentor figures for both the antagonists and protagonists and learning a little আরো on their backstories as the series progressed was really cool. Saladin is alright, but he really hasn't done as much as these ladies have.
13. Is There anything I could improve on to make FOTM better?

No, you're doing a great job running this Sam :)

14. What is something not many people know about you?

Uh...maybe not everyone knows I'm half French? Yep. My mom is from a little village called Bersac (which is in a Provence known as Limoges). I've actually been speaking, reading, and লেখা French for longer than I have in English (I'm even minoring in it right now). And I guess I could add that I'm the measly height of 4'11 (roughly 150 cm). No, আপনি did not read that wrong. I have been this height for awhile and the doctor says I will not grow any আরো (since I have finished puberty). A lot of people have ব্যক্ত it makes me look really cute and I honestly don't care. It doesn't bother me anymore.

15. Why were আপনি drawn to Winx Club?

I honestly have no idea why I started watching the show. I was just flipping through the channels one Saturday morning and I saw the opening theme song and I just started to watch it. I didn't start at the very beginning (I can remember that) but I was just drawn to it. And then the obsession sunk in. I watched the প্রদর্শনী nonstop and flipped shit whenever 4kids would do those 'back-to-back' episodes; one ঘন্টা of Winx. So. Awesome. And then I just bought all the crap I could. I never thought I would still like the প্রদর্শনী today, and it's honestly the girliest thing I still remotely enjoy. No regrets though (hue hue).

- sorry this took so long ;3; but here are my replies. 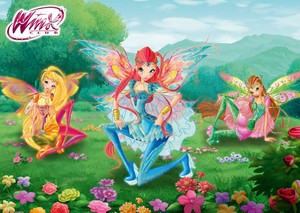 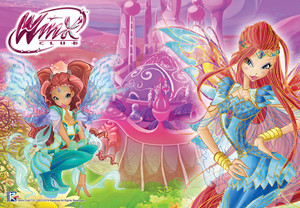 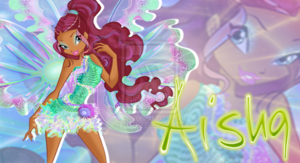 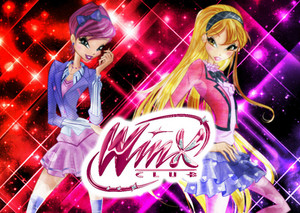 1
Tecna and Stella: Season 6 দেওয়ালপত্র
added by lovebaltor
Source: deviantART User: xXBloomixFloraXx
3
Futuristic /FInal/ Unknown Ending
posted by XxLalasaysxX
So here it is, the final chapter of Futuristic :') I hope আপনি enjoy it. If আপনি guys want, I'll do a one-shot explaining what happened after the end. Just tell me in the comments. But anyway,
Enjoyyyyy
____________________________________

The guards busted down the door and immediately saw Flora in standing in the middle of the room. The কুইন stepped through the guards and saw Flora standing in the middle of the room.
“How did আপনি get back in here?” She asked. Flora didn’t say a word.
“It doesn’t matter, আপনি will be executed immediately this time.” She ব্যক্ত while lifting her hand...
continue reading... 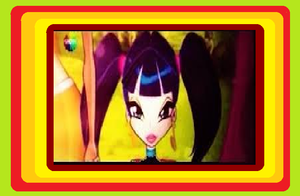 musa as a kid
added by dragonwinxbloom 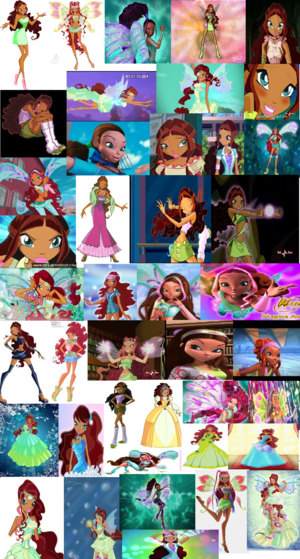 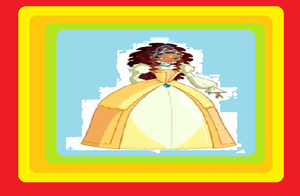 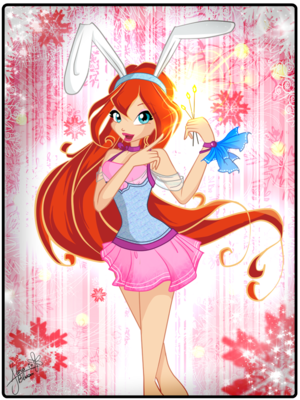 It’s my birthday today. I’m having a party with all my friends. Jason, Lila, Beth, Darcy, and Stormy. They all ব্যক্ত they’d bring amazing things for me and I can’t wait any longer. Oh, I wish I had the ability to see in the future so I’d know what treasures await me. But then I guess already knowing what I’m getting would be boring and not as fun. Poowie. But at least it’s still happening. I have to go get into the car. We’re getting ready to go to the ice rink. I’ve always had a connection to ice. Being able to eat it with ease, knowing...
continue reading...
3
Betrayal Chapter Twelve: Run
posted by Princess-Flora
link

Flora’s p.o.v
The five of us ran through the forest as fast as we could. I had no idea who the man with the gun could possibly be, but I did know he was out for blood. Once the voice of nature told me we হারিয়ে গেছে him, I looked behind and saw no one. I panicked and I heard sirens accompanying the voice of nature telling me to run. I ran through the snow and the icy air was burning my lungs. As I was running and could hear someone’s heavy breathing, I tripped over a branch hidden দ্বারা the snow. While I got up, I could only think this is where I was going to die. The snow would turn crimson,...
continue reading... 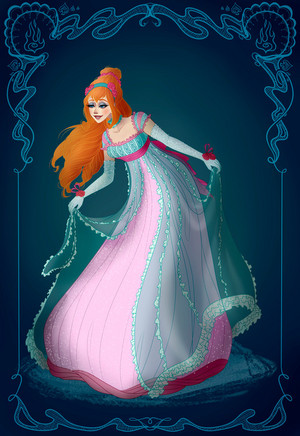 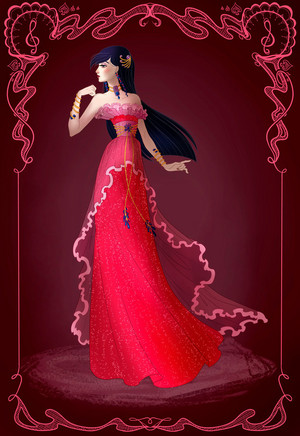 I screamed as Helia tried to wake her. Nothing was working and all at once I was filled with anger towards that shadow. I summoned magic making the garden shake and the palace doors that led to the gardens in which he entered from. He took the first shot but I reflected in and decided I would use my magic to defend myself until he was weak enough to destroy him. As the Winx used their magic to protect everyone, I used my gift and power to destroy him. Once he’s gone my sister will return since it’s a life for a life. The battle I was fighting was intense; however, the whole time a voice...
continue reading...
1
Going Outside Chapters Twenty Four, Twenty Five, and Twenty Six
posted by Princess-Flora
link

A few months after the ball, I got my own knight in shining armor. The two of us were perfectly fit for each other just like our older siblings were. I had spent a plethora of my time going outside with my sister to every little boutique just to find the perfect dress. In December we found it and shortly after that we found the bridesmaid dresses. I was going to be the maid of honor in my sister’s wedding, with the Winx as the bridesmaid and Miele as the ফুল girl. As spring approached the days to June 1st would go দ্বারা fast. The two had chosen that দিন because it was...
continue reading... 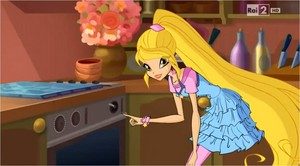 Here come another দিন with a new sun, new environment, new people, but old place and old memories but I have decided to সরানো on, I have decided that I won’t run from here, I am not a coward and I will face my fear. So now after so many days I will take a proper bath in washroom, really, when আপনি don’t get anything only then আপনি realise the value of everything.
Stella had some money left with her and she knew that we can’t leave forever in this clothes and she’s a fashionista so she bought us new amazing clothes, and they really are adorable. Tomorrow, is...
continue reading...
3
Winx Club Season 7 and 3rd Movie will come
posted by nmdis
Hi guys,
as I was surfing around I found this on a website and I thought I must share it here.

Amazing news Winxers! There is a seventh season of Winx Club in our future! The প্রবন্ধ here on an Italian news website, Corriere Adriatico contains an interview with Iginio Straffi, the CEO of রামধনু and creator of Winx Club in which Straffi confirms a seventh season of Winx. Here is a snippet from the interview (translated from গুগুল translate, so it's not the best translation).