12
The story never ends, it’s a happily ever after - Part 12
posted by sasie_katje88
Bella's pov

“Bella, my love.” I heard behind me and I felt my হৃদয় breaking just hearing Edward’s sweet voice. I closed my eyes for a সেকেন্ড and then turned myself towards him, instead of looking at Franco. I starred into Edward’s black eyes.
“I ….” I started saying but my voice just stopped I couldn’t say anything anymore.
“it’s okay, I understand, Bella. I forgive you.” Edward ব্যক্ত loveable
“FORGIVE ME ! Edward, how can আপনি forgive me after everything I did that made me hurt you” I ব্যক্ত now with so much pain that I felt my tears coming up again but I convinced myself to be strong. I wanted to turn myself away from him but he grabbed my hand gently and then grabbed my face so I would look at him.
We just starred at each other when he suddenly kissed me. I pulled myself away from his kiss.
“Don’t, please” I begged him.
“Don’t আপনি প্রণয় me Bella” he ব্যক্ত too. He used my own words against me.
“Of course I প্রণয় you” I ব্যক্ত back and then he kissed me again, so intense that I let him চুম্বন me.

I realised I stopped focusing on Franco so I abruptly stopped স্নেহ চুম্বন Edward and turned myself towards Franco. He was gone.
“Oh no” I ব্যক্ত whispering in panic voice
“Bella, we’ll find him” Edward responded on my panic attack.
“I know, but when will আপনি find him, how can I feel নিরাপদ again, how can everyone feel নিরাপদ again” I ব্যক্ত slowly while taking place on the couch, Edward took place পরবর্তি to me.
“Bella, it’s not your fault, stop blaming yourself, if it’s one person আপনি should be blaming it would be me.” He ব্যক্ত upset and painful
“YOU, আপনি had nothing to do with this” I ব্যক্ত upset and confused
“Bella, I didn’t protect আপনি অথবা our children. I didn’t make আপনি feel নিরাপদ anymore” he ব্যক্ত looking straight into my eyes.
“Edward, there’s only one person who I feel নিরাপদ with and that’s you.” I ব্যক্ত back and he grabbed my hand and kissed it.
With my other hand I touched his cheek and gave him a চুম্বন on his lips. He instantly let go of my hand and I could feel his hands grabbing my cheeks, he was pulling my face closer to his, he started স্নেহ চুম্বন me আরো intense that it was getting pretty hard to restrain myself for not doing আরো than just kissing.

“hmm, hmm” I heard someone say but Edward still didn’t let go of my cheeks অথবা my lips.
“EDWARD, this is not the time অথবা place” I could hear Alice say annoyed and angry.
Now Edward started to let go of me and he looked at Alice.
“You can be so annoying Alice” he ব্যক্ত back angry and annoyed too.
He grabbed my hand and we walked towards the backdoor and stopped not far from the forest
“Bella, do আপনি trust me” Edward ব্যক্ত calm
“Why do আপনি ask me that” I ব্যক্ত confused looking at him. Why did he act so strange.
“Bella” he just ব্যক্ত back
“yes, I trust you” I answered back to him.
I saw him pulling my wedding ring from his pocket, I reacted with a step backwards. I knew there was something wrong. I started looking around and saw Mason standing close to Tanya and Zafrina, I focused myself on him and Mason started looking at me. I could hear thoughts of everyone, so I started focusing on the ones I wanted to hear.
I looked back at Edward and focused on him.
I heard him say that they were planning to go after Franco but they had to get me প্রথমপাতা first. They were planning to lock me up so I couldn’t get out to help them অথবা even stop them before he kills them.
“What are আপনি planning to do” I asked him while he stands there with the ring in his hand.
“I’m pulling your wedding ring from my pocket so আপনি can wear it again” he answered back calm.

I took another step away from him.
“Bella, what’s wrong, it’s just your wedding ring” Edward ব্যক্ত a little worried now.
“No, it’s not that. It’s that your lying to me” I answered back to him.
“What are আপনি saying Bella” he ব্যক্ত while he took a step closer to me.
“Stop lying I can read your mind, I can read everyone’s mind, so don’t bother lying” I ব্যক্ত angry and upset.
“Bella” he ব্যক্ত and took another step towards me
“Stay there, stay away from me, How could you” I ব্যক্ত totally upset that it made me sob.
“Bella please, try to understand” he started begging and his hands were reaching our for me.
I took another step closer to the forest.
“Bella, it wasn’t Edward’s idea. It was our idea” Alice ব্যক্ত trying to calm me down
“But he agree to it, didn’t he. I’ve been so blind that I didn’t see this coming.” I ব্যক্ত upset and with little sobs.
“Bella, my love. Please let us explain, it’s not what আপনি think, please don’t be upset” He still ব্যক্ত begging

I looked at the ground and then I felt a hand around my arm and I turned around. It was Franco who was holding me tight.
“LET GO OF ME” I yelled and I started struggling.
“You see Isabella, what they were planning to do with you. They wanted to get rid of you” He ব্যক্ত with a regular tone to me. I could here growls coming from everywhere.
“LET GO” I kept yelling at him.
“I told you, there not your kind” he ব্যক্ত calm but still not letting go of me.
“I’ll deal with this myself, no let go অথবা আপনি will be sorry” I ব্যক্ত angry, struggling to get my arm out of his hand. But still he wouldn’t budge.
I raised my other hand to slap him, but he caught it just before I could hit his face. Now he was holding both of my hands and our faces were standing in front of each other.
“That’s not nice, Isabella. When you’ll wake up everything will be okay” He ব্যক্ত amused. What did he just mean after I wake up. So I starred at him frightened I started to struggle even আরো but then he pushed his lips on mine. I was still struggling but something made me weak on my feet and it wasn’t the intensive চুম্বন he was giving me.
He let go of my lips and I only saw just a bluer of his face before everything turned black.
bella_awesome, SonyLoveJustin and 10 others like this
jamiesue00 That Franco is a tricky one. I hate to see Edward and Bella fight. Your writing is amazing.
FilmFan more, more, MORE... X)
_madz_ its so sad when edward and bella fight, but it does make the story so much more exciting!!
Brysis I´ve read it this one before but i just forget to comment: AMAZING I LOVE IT AND I WANT MORE...
just_bella Oh I agree with madz!! This is heart breaking!!
dangjessica Stupid Edward. I thought you were nice, I HATE YOU! Well, for now. But, I LOVE THIS STORY!!!!!
star_bella omg i like it when bella and edward fight coz the story becomes much more interisting
Jacobs_wife i am totally mad at edward!!!!!!!!!!!!!!Grrrrrrrrrrrrrrrrrr

18
The prom HD
added by Seraphiene 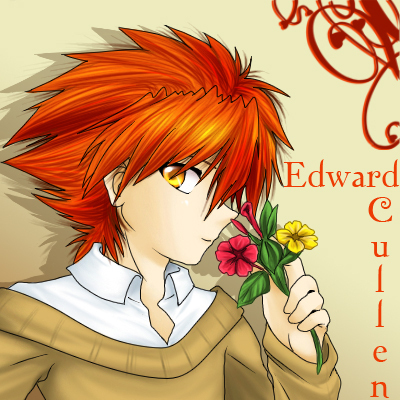