"The Remake Can't Replace The Original"
posted by ChuckyLover1 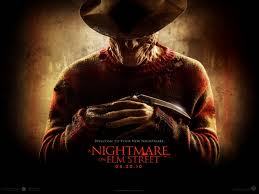 To my opinion, they really shouldn't have done the remake, because then it just messes the whole entire plot of the Elm রাস্তা history.
For one thing they shouldn't have remade it because Robert wasn't going to be playing the role of Freddy, and to me that's sad.
Because Robert Englund portraited Freddy better than anyone else, and he will be the one and only original Freddy.
সেকেন্ড of all, if Robert wasn't going to be playing Freddy they shouldn't have made the movie because most of us knew it wouldn't be the same without Robert.
But then again here are the positives.
I think that they mainly did the remake?
Because they wanted to reboot the Elm রাস্তা চলচ্চিত্র and bring back the rememberance of ফ্রেড Krueger.
And then also i would like to say that Jackie did kind of do a good character of Freddy but not as much of as a good quality like Robert did.
This movie was ok, but Robert takes the role of Elm Street, and Jackie... is just the beginning of no where basically.
More Cards
1234567891011