Post a series আপনি think started off well, but went downhill and disappointed you.

For me, it's Mushishi. The first episode was great - really cool and interesting, not to mention I instantly liked the main character, Ginko (he's like a ক্রুশ between কাকাসি Hatake from নারুত and Snufkin from The Moomins - i.e. he's awesome), but after that... it got rather repetitive. All the episodes pretty much followed the same structure and there was only one episode that ever actually revolved around Ginko. The rest were about the people he helped, who were all as boring as the average নারুত filler character. In fact, they basically WERE filler characters. Such a shame; it had so much potential... I প্রণয় the mood of the anime, so relaxing and peaceful... but there was no progressive story line, it was as though every episode was a filler and that just put me off. :/ 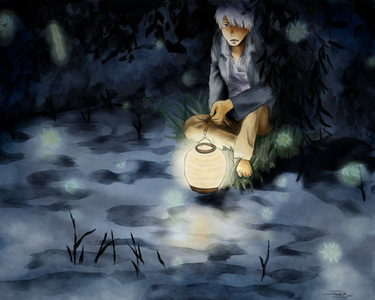 Now personally I really enjoy watching this series. I found it pretty interesting. সামগ্রিক I like Mushishi very much :)
weirdalfan2788 posted বছরখানেক আগে

Whaaaaat?! It had an episodal structure that doesn't mean that every episode was a filler! It's unique an an amazing show!
bubblegum_kiss posted বছরখানেক আগে

I don't dislike it, I enjoy watching it, I just feel it could have been so much more...
ImAnEasel posted বছরখানেক আগে

I've only read the manga, but even though I didn't really like it as a whole in the first place, I really started to dislike it after এল-মৃত্যু পত্র died, after that it was just meh...
panisepic posted বছরখানেক আগে

I agree to be honest. Death Note is my third পছন্দ জীবন্ত EVER, but the whole thing with Mello and Near and successors was kinda.... yeah, meh seems the right word
AnimeAvarice posted বছরখানেক আগে

I feel like I'm the only person who found the সেকেন্ড half of the series to be better / আরো entertaining. ;_;
IllusionDolls posted বছরখানেক আগে

I've only watched about three episodes so far, so I can't agree অথবা disagree with this one. XD
ImAnEasel posted বছরখানেক আগে

I've been thinking about watching this series... should I bother?
ImAnEasel posted বছরখানেক আগে

^Ehhhh... That depends... I liked it, but it really wasn't anything incredable. They spend a tad to long on one part called the War Games, and then it kinda goes downhill after the Games end. Give it a shot if আপনি want, but don't expect a jaw dropping masterpiece. And end it at episode 78 if আপনি get that far. Best উপদেশ I can give.
AnimeAvarice posted বছরখানেক আগে

I kept hoping his death would turn out to be fake and he would come back... but it was not the case... Poor এল-মৃত্যু পত্র - he was my favourite character!
ImAnEasel posted বছরখানেক আগে