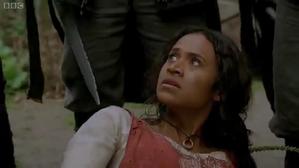 I just felt the need to share my heart. And I didn't know where else অথবা how to do it. We're here to have fun and boy do we. I প্রণয় this place to pieces. I প্রণয় all the joking around about our couple and about the actors who play them. I প্রণয় all আপনি guys. This is just a TV প্রদর্শনী and the whole deal is all make believe, but most of us do tend to recognize that and try to keep our emotions over something that's not real in check.

But I have a heavy হৃদয় right now, because I am a bit invested in this couple. I hope I'm wrong about what I'm feeling. আপনি don't know how much I'm hoping I am wrong. And after the episode airs, I don't mind at all if আপনি come back here and say to me, "See, Nanna, there was nothing to worry about!" In fact I HOPE things will be such that আপনি will come back and say it. But I'm sensing the need to bring a bit of sobriety for just a little while and think about what is happening to our Arwen and just what direction are they going with our Gwen.

I have to feel in my gut that it will work out for her. Really, we can't let ourselves think anything else. But I যোগদান the ranks of some others who are disturbed দ্বারা some of the implications we've seen in the trailers. Obviously, Helios' statement is sexually suggestive. It will probably not happen; she'll probably not be raped, because as we know, lots of children watch, but to tell আপনি the truth, I think they've gone too far with even the insinuations in this and the first trailer. Even in what she ব্যক্ত to Merlin. I don't appreciate this for the character of Gwen that they'd go this route. It rubs me wrong. They have always had her whole development on this প্রদর্শনী have to do with her dealings with men, no other kind of substantial development as a woman. And now this.

At any rate, probably/hopefully, it will come out that she has not been abused অথবা used as a "piece of meat," because if there is ANY chance at all that the viewers are left with any impression that it could have, it's trouble for her character and for Arwen. They already have a huge bridge to ক্রুশ with all that's gone down already. I don't know why it was necessary for the প্রদর্শনী to take her here. I really don't. Please assure me that when everything is seen in context, we'll all be completely blown away দ্বারা the brilliance of this unknown writer who'll bring us all to a high place together with our Gwennie intact. Please assure me also that in the following two episodes, we'll see them together and nothing will be cut from what we've seen in filming. There have been a lot of voices out there against them. I don't want them cheated out of what we've so long waited to see. And I think she'll be alright, I'm just not feeling what these trailers are putting in people's minds. We've been through too much with this girl. Wow, I was the one trying to be positive back when all the stink was going on over San Diego, and now I'm the one who's struggling!

I'm also trying not to overdo speculating on what is going to happen, on whether অথবা not indeed Arwen is reconciled দ্বারা the end of this episode. Many folks are sure they will and that even there could be a wedding; some don't see how they can ক্রুশ all these hurdles and all be well দ্বারা episode end. As we say over and over, they প্রদর্শনী us what they want and put it all together in these trailers to send us in the direction which often is completely opposite to where the story is really going.

I'm not here to bring negative thoughts, but sober ones. We all প্রণয় them so much. I'm looking অগ্রবর্তী to sweet kisses and loving hugs again, and I still feel a degree of confidence that we'll get them, even if it's not totally resolved in this episode, that at least it will be a bridge to total resolution. I just wrote elsewhere that I have a feeling that maybe in this episode they are going to do something awesome and brilliant. Help me to believe my own words, guys. 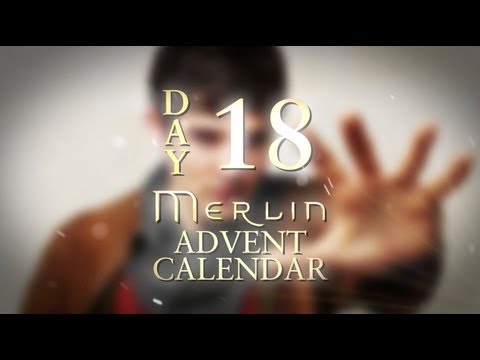 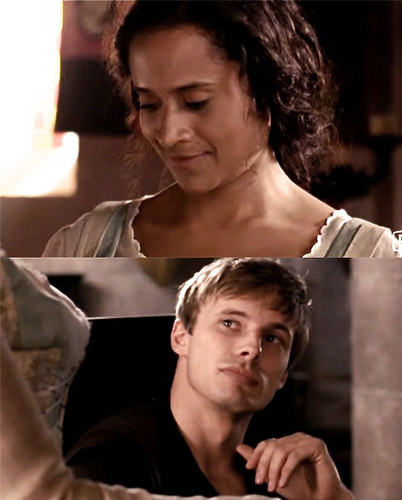 2
Arwen: She Also Serves Who Stands And Waits
added by EPaws
Source: Mellystumblr 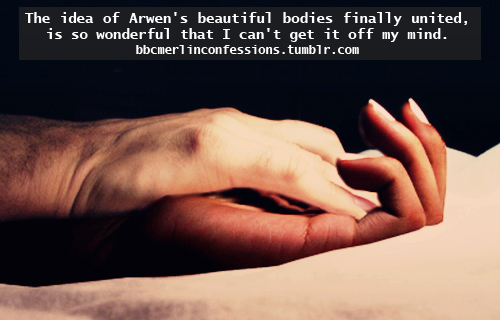 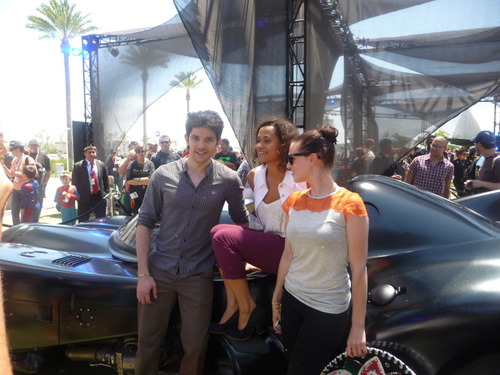 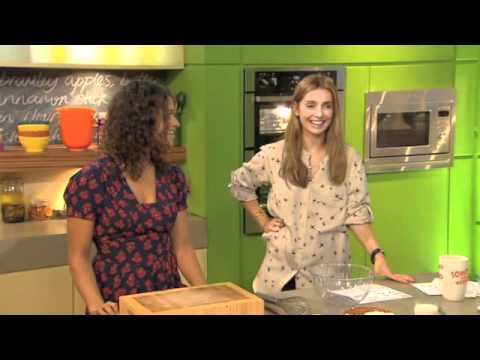 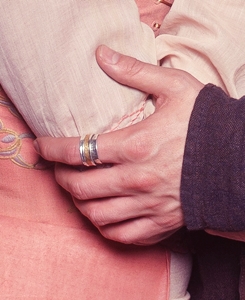 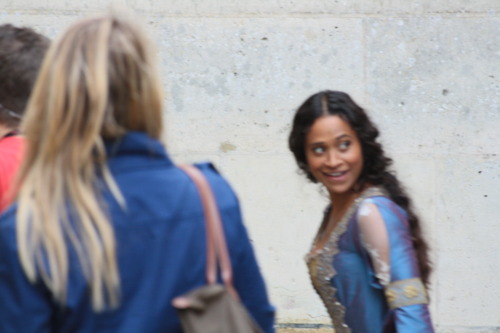 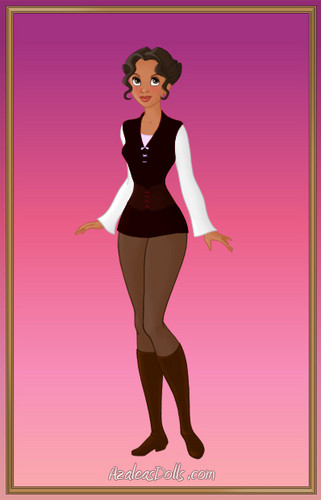 1
I Miss ASH (4) and It is Teal, Score Bradley
added by EPaws
Source: samecoin 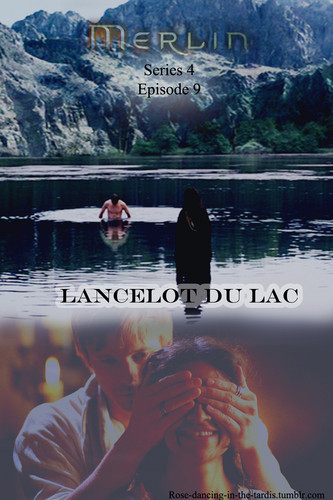 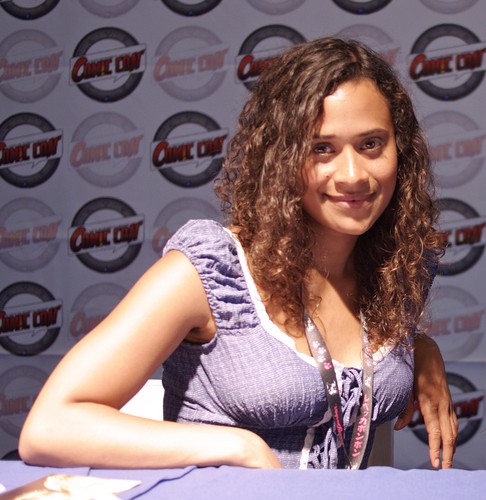 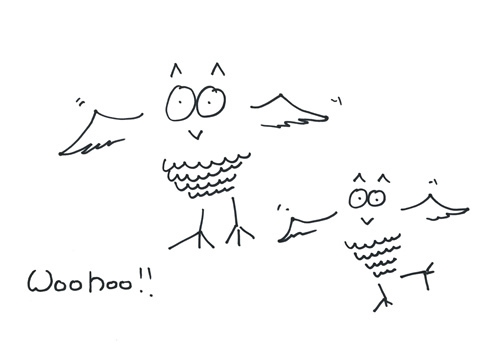 1. The episode শিরোনাম is a lie, for this half anyway
2. Arthur is trouserless, again
3. “It’s a good job আপনি don’t have anything of importance to keep secret isn’t it!”
4. Despite all the slow-mo, the battle for Camelot is over swiftly
5. Agravaine’s treachery is finally exposed দ্বারা a Knight of Camelot and he pays for it later
6. “I’m fine… maybe a broken rib অথবা two”
7. Arthur undergoes a radical personality change thanks to an enchantment
8. Merlin has to reluctantly leave an old friend behind
9. “Those that did not escape are either in our dungeons, অথবা dead”...
continue reading...
2
How to প্রণয় part 4
posted by RosalynCabenson

A/N: I left some things out, for reasons. i.e. the wedding, because Kim's fic "Wedding day" was so perfect, I would have wanted it excactly like she described it and wouldn't come up with anything equal let alone write it.
and gwen as the warrior কুইন in আরো deteils will come up in further parts I think. অথবা in my other fic: "Revelation" what will be updated পরবর্তি =)

How to become Queen


Gwen had mixed feelings when she stood in front of the wooden door that separated her from the Kings chambers that lay beyond it. What could it be that he wanted to talk about to her? On one hand she...
continue reading... 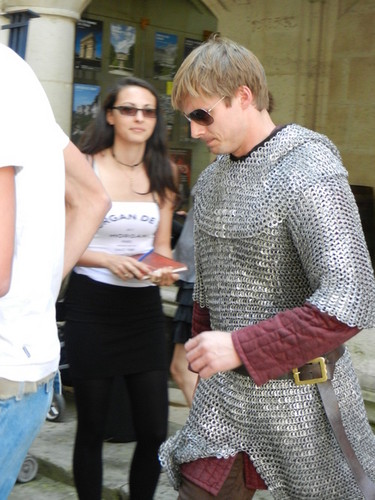 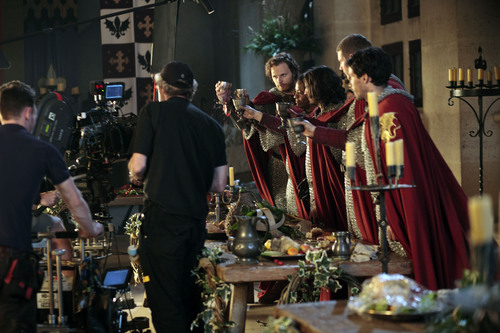