Arthur looks at his watch. His new watch. Three fifty four. He smiles at the gift, but frowns at the time. Tapping his foot, he fidgets and looks around. The sky, which had been blue and sunny all day, is clouding up. Don’t rain, don’t rain. At least not until after and we’re all inside.
When he looks at his watch again, Merlin pokes him. “Arthur. Settle down,” he whispers.
He grabs Merlin’s arm and looks at his watch. He drops it with a humph. “Is time slowing down?”
“No, Arthur, it’s not,” Merlin laughs. The reverend comes over just then, misinterpreting Arthur’s behavior for nerves.
“Nervous, Arthur?” he asks quietly.
“Hmm? No, Reverend, not nervous. Anxious. Overly excited.” He glances at the sky again, hopping lightly from one foot to the other.
“Oh, that’s good,” Father Geoffrey says. “I didn’t think you’d be nervous.” He smiles at Arthur and walks back to his place.
“It won’t rain, Arthur,” Merlin says reassuringly.

Uther chuckles, watching his son. Helena, seated beside him, leans over and says, “Arthur looks very handsome.”
“He looks like he’s about to jump out of his skin,” he laughs. “But yes, they all look quite dashing.”
“I’m glad they went with charcoal. Black স্যুইটস্‌ are so… somber,” she says, noting the subtle stripe of the men’s waistcoats and the lavender cravats. “Lavender must be Gwen’s পছন্দ color,” she observes.
“Mmm,” Uther nods. He turns and looks back towards the house, watching for any sign of movement.

Part 64: link
mrshafiz1, fdarcy and 2 others like this
famfan Beautiful *crying, tears everywhere, my keyboard is water logged* Thank you so much!
Nasty_Nat That is definitely my favorite chapter. I wish that it would have happen on the finale, for realz. Thanx Kim. Brilliant.
fdarcy What a beautiful wedding. Arthur is so protective of Gwen. I loved this chapter with all the other couples falling into place with there significant other.
fdarcy The wedding sermon was beautiful and the music you chose was divine I actually listened to them whilst reading this again. Thank you.
kbrand5333 Those were the pieces played at my own wedding, actually. Except for "All I Ask of You."
RosalynCabenson *sniff* beautiful! yes, great pieces of music!
7aurem loved it, i can't wait to read what happens at the reception. xxx
lailastar love everything, the ceremony, the dress, the rings,the peoples reaction, loved it all. Arthur loves her so much, wish they had given us a scene like that on Merlin. Great job!!
3
আগুন - Part 62
posted by kbrand5333
Part 61: link

“Where is Freya? She should be here দ্বারা now?” Morgana flails about, pacing.
“Morgana, settle down. It’s only half eight. She’ll be here. The wedding isn’t until four anyway. Did আপনি call Elliot?” Gwen says, calmly sipping her tea.
“Yes, he’s up, but he’s not happy,” she grins.
“How many times did আপনি have to call before he answered?”
“Just one. I called from your phone.”
Gwen laughs at this. “When...
continue reading...
5
আগুন - Part 61
posted by kbrand5333
Part 60: link


“I don’t like this,” Arthur says as they drive to the Manor.
“Don’t like what?”
“You staying over night here, while I have to be back at the flat. Alone.”
“You know the groom isn’t supposed to see the bride on the দিন of the wedding before the actual wedding.”
“Doesn’t mean I have to like it.”
“Love, there’s nothing I would like আরো than to spend the night sleeping in your arms, but it’s just not going to happen....
continue reading...
2
আগুন - Part 56
posted by kbrand5333
Part 55: link


“You didn’t need to come along, আপনি know,” Arthur says as he drives behind the ambulance, skillfully staying right with it as it screams toward the hospital. Usually I’m doing this in a আগুন truck, he thinks.
“Arthur, there are few people in this world that I can truly call ‘friend.’ Very few,” Uther says.
“I’m sure Tom will thank আপনি for it,” Arthur says, pulling into a parking spot near the emergency entrance.
They walk quickly to the entrance, just in time to see...
continue reading...
3
আগুন - Part 55
posted by kbrand5333
Part 54: link

Can আপনি come প্রথমপাতা early? Arthur sends Gwen a text shortly after lunch. He and Merlin had rescheduled their fencing practice to this morning, followed দ্বারা lunching together, so Gwen hasn’t seen অথবা heard from Arthur since she left for work.
Gwen is out amongst the shelves when his text comes through, vibrating once in her pocket. She slips it out quickly and reads the message with a sigh.
Maybe she sends back, then continues reshelving the বই in her hands.
As she shelves the last...
continue reading...
4
আগুন - Part 54
posted by kbrand5333
Part 53: link


Gwen feels slightly আরো energetic after her bath. She did doze off for a bit, lulled দ্বারা the warm water and the scent of lavender, but she woke up before Arthur came back in to check on her. He would have just worried.
Arthur has made up the sofa for her in the living room, and she is grateful for it.
“Thank you, I was getting tired of the bedroom,” she tells him as she walks out, raking her fingers through her hair, now loose.
“I thought as much. You’re looking better,” he says,...
continue reading...
1
Arwen 4.13 Tweets
posted by nessarthur 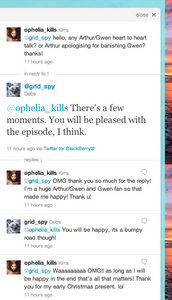 I've found these tweets from someone who has seen 4.13 already as they write reviews and stuff here's a link to their twitter:

The merlin tweets start from around 15 hours পূর্বে now, there are also other tweets that have been made stating that gwen is in the ep all the way through, and the সামগ্রিক episode is epic, soppy, sad and has a big ohhh moment.

I've added an image that has the best arwen related news and i think most of আপনি will be happy - i know i was :o) 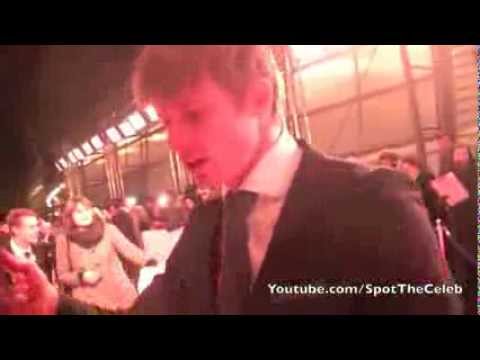 2
Put A Ring On It (2)
added by EPaws
Source: monkeyknifefight 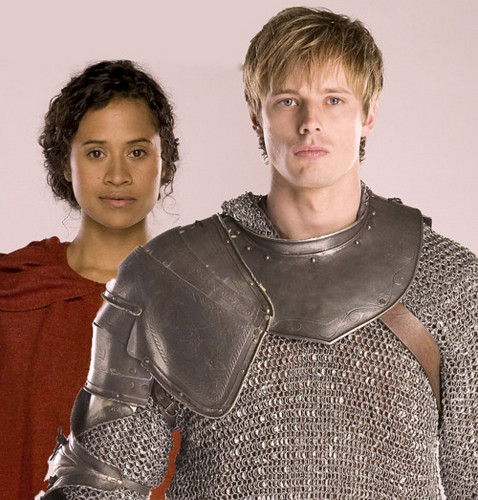 1
Arwen: They Are Perfect. Sexy Can Be Wholesome
added by EPaws
Source: mellysworldofdreams
5
Arthur/Gwen/Lancelot scene in the trailer ... the logic behind it!!
posted by sportyshuie
After watching the official trailer yesterday, i was slightly bothered, worried and angry at the scene where Arthur catches Gwen and Lancelot together. The reason is simple ... I want Gwen to be with Arthur and him only.
The legend before the french writers interfered showed Guinevere's loyalthy to Arthur and vice versa. There were no Lancelot অথবা Morgana intervening the beautiful প্রণয় of Arthur and Guinevere. When Merlin opted to do the same and defied the french writer's legacy, i saluted the writers & producers and fell heads over heels in প্রণয় with Merlin. But after yesterday, somewhere...
continue reading... 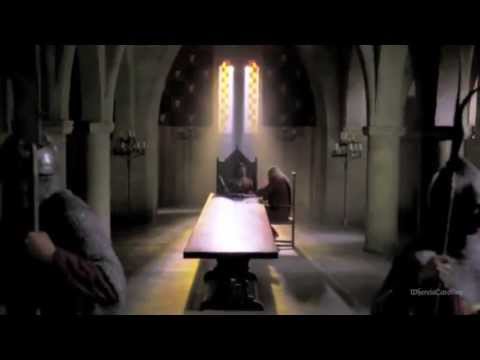 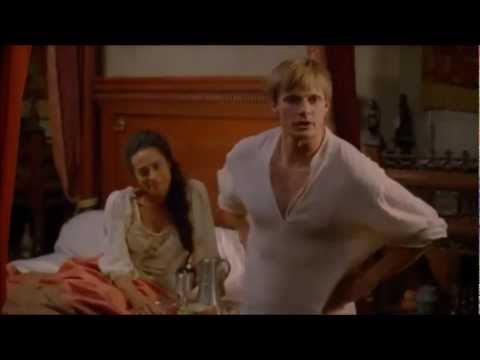 3
অ্যাঞ্জেল উত্তর প্রশ্ন on FB - LOLOL Quack Quack Quack
added by EPaws
Sorry an observation that a friend of mine made, makes me quack cause I agree with her. She is brilliant lol.
video
gwen
অ্যাঞ্জেল coulby 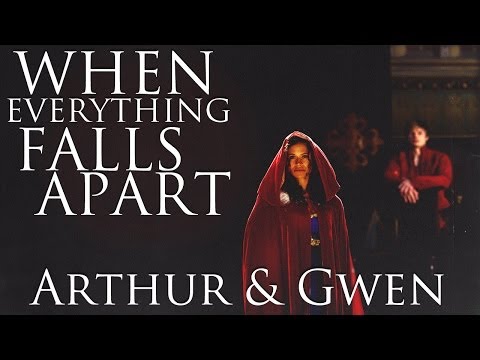 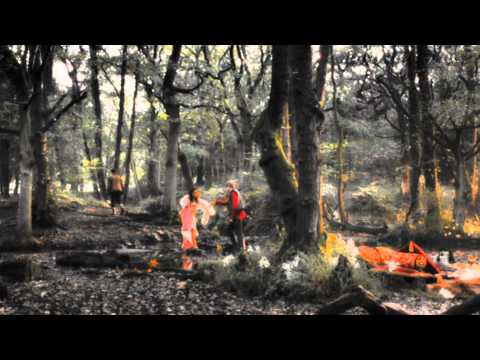