বছরখানেক আগে shortynme said…
Dang. . . I would probably be some nerdy kid that had no idea of the real world! lol
But if I could I'd want to be a Vizard. They're more on the side of good but they also aren't. I would totally be a tough, crazy, midget Vizard! lol

বছরখানেক আগে God1 said…
I want to be a bount. They're powerful.

বছরখানেক আগে yuugao said…
Oh, I think I'd probably be an ordinary shinigami, hopefully in 6th squad (Kuchiki-taicho so sexy...XDD)

I don't really like the Bount. They're annoying. Not to mention not even part of the real story. Stupid fillers. . . lol

Ohhh! I'll be a captain and start the rejection squad! I will be Captain Number 0 (lol xD), and I will train all the rejectees to become stronger! =D

I would be a Quincy who has mastered The Quincy Final Form...One shot arrows kill Captains and destroy Bankai 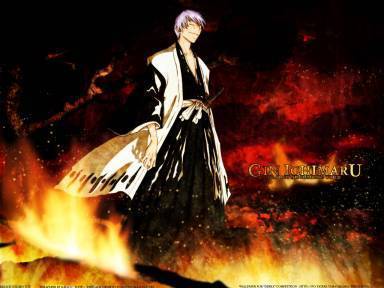 বছরখানেক আগে Hijara said…
I would be an Espada and be Grimmjow's right hand man.(Grimmjow is soooo HOT!!!!!)

Or maybe i would be a former captain.

I want to be a captain like hitsugaya!!!!
If i be a captain noone can understimate me again just because im short!!! :D

বছরখানেক আগে Toushirou said…
Captain!!! i want to be the younger captain in gotei 13. But everyone must call me captain!!!! 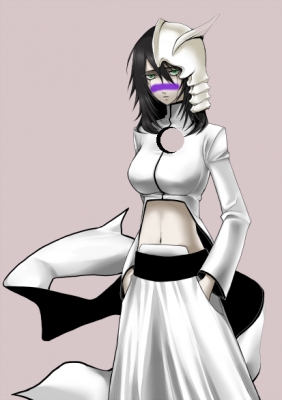 বছরখানেক আগে randomfan13 said…
i would be a bount! they are sooo cool!

বছরখানেক আগে LunaShay said…
a captain :D i dont want to be a boring person -.-

বছরখানেক আগে Persona said…
I think I would be a vizard >.< or maybe a captain :)

i would want to be momo because we are alike execpt i'm not that niave like her. 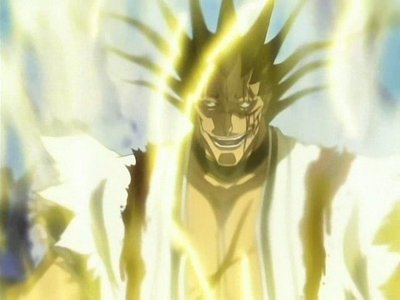 বছরখানেক আগে RedPineapple said…
Hm...I'm smart, lazy, calm and laid back... with a slight nervous mood here and there... I get angry easily and do klutzy random things and I protect friends and family a lot...

Hell, I'd be like Renji, Ichigo and Ishida combined O_o

Anyway, I'd want to be... a random awesome person who isn't a Shinigami, quincy, bount, Espada or anything like that. I'd just be a hero :D 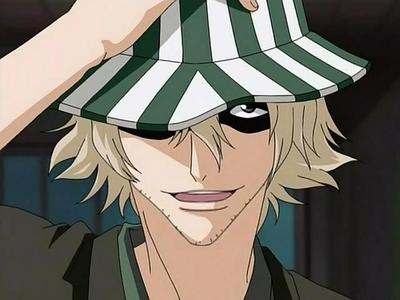 hmm i will be a Soul reaper/captain/vizard/human . . . just like ichigo, but i am calm, quite, gentalman, and cool to hang with.
And my powers well thats is kep secret so yeah 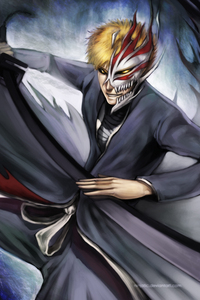 বছরখানেক আগে crazieone106 said…
Oh, I would definitely categorize myself as Aizen.

i want to be an officer in toushiro's squad!! i think 3rd seat is good!!

বছরখানেক আগে ShadowCodie1234 said…
I would be a mysterious guy with captain level spirtual pressure, but be wearing a cloak so you couldnt see my face. im a shinigami with dual zanpakuto

বছরখানেক আগে sumguy said…
I think I'd be a human with sweet hollow powers. Not like Sado's though I would want something considerably more stealthy and compact more like Soi Fon's zanpakotou. The point is I wouldn't want a zanpakotou. Those things can get pretty damn pesky and they use my much needed reitsu. If I had one then I would never learn it's name and it'd be pissed. I'd be like Kenpachi Zaraki if I had a zanpakotou.

বছরখানেক আগে hollowfiedmira said…
I want to be a substitute soul reaper and vizard... Just Like Ichigo but i'm calm and not talk a lot

I would be a rogue arrancar!

বছরখানেক আগে blackpanther666 said…
I would be a character that has a very complex personality and background history. Either a Shinigami, or an Arrancar. XD

I might add to that... My character would be an Espada and would literally hate every person that ever exists and his Aspect of Death would be hate. Lol. Here's an example:

Appearance (Unreleased Form): Long, flowing white robed, typical of Aizen's Arrancars. Long, silver hair, with navy-blue eyes, that have black pupils and are strangely bright, given how dark they are. He wields a abnormal weapon in this state. Instead of a normal katana, he uses a staff, which has circling, scythe-like blades on the top and near the bottom. He also has a long scar on the left side of his face.

Mask Remnants: He has horns, similar to those of a bull, which extend above his head like a helmet and similar to Ulquiorra's, however, he also has a piece of mask trailing down the right side of his face, which covers his eye, but there is a hole, so he can see out of the right eye too.

Appearance (Resurrecion Form): The robes disappear and a dark-blue cape/robe covers him. He also has lost the horns on his head and only the mask remnant on his face remains. His staff-like weapon disappears completely. He gains a full set of armour, which is similar to Hierro, but not quite as strong. This covers his chest area mostly, which is the area where his Hierro is weakest. The armour also partially covers his arms and legs, but only thinly.

Zanpakuto Ability: Along with his highly dense reiatsu, Cloud can turn air and wind around him into thin slivers, which are highly compressed and very, very sharp. These can cut through even Hierro of someone with the strength of Aguantar and are fired much, much faster than a Bala. He can use an infinite amount of these, because air and wind is infinite. He can also turn the wind around him into a tornado, that has these 'air blades' swirling through. The tornado spins about 300-400 km/ph and moves at speeds even faster than that. The tornado cannot be dispelled, but the blades can be countered with a high reiatsu. His last ability is to fire the 'air blades' but combine his reiatsu with them, so that they explode in the faces of his opponents.

Personality: He literally hates everyone, even Aizen and the other Espadas. The only reason he works with them is because he also loves fighting. He is very egotistical and tries to make any situation about him, whether it was originally, or not. He is also very, very sadistic and will not take pity on ANYONE.

History: Died in the Real World many years ago and his age is unknown. He wandered the deserts of Hueco Mundo for many, many years and killed a great number of Hollows, finally becoming a Vasto Lordes, about 200 years before Aizen experimented on him, turning him into an Arrancar. 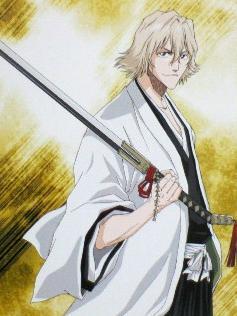