5
Are the Cullens good heroes/heroines?
posted by MCRTS
After পাঠ করা the post "Bella as a heroine should be illegal" দ্বারা bendaimmortal, it got me thinking. Obviously, no-one would consider Bella রাজহাঁস a heroine. If আপনি do, আপনি have got a really great deal of imagination, অথবা a warped sense of the world. Because, and I'm sure most Twilight অনুরাগী would agree, the girl didn't do anything at all. Save being overly dramatic and being the damsel in distress.

What about the Cullens then? What about Carlisle, Alice, Esme, Jasper, Rosalie and Emmett? What about He-Who-Sparkles-In-Broad-Daylight? Would they be considered heroes/heroines?

I say that the Cullens aren't নায়ক অথবা heroines because they are just so pathetic and lousy as heroes. They can't strategize at all and despite their many gifts, the villains get them all the time.

The Cullens aren't good নায়ক also because of their double standard. They claim to care for humans, but they don't. Sometimes, I think they have হারিয়ে গেছে focus and direction. Carlisle doesn't want to eat humans because he cares for them. That's very noble. But his children's actions have put humans in danger and they have come to see Carlisle's cause as something that is আরো for their own personal benefits than something to fight for.

Twilight: The game is between the SEVEN Cullens and the Unholy Trinity-James, Victoria and Laurent. In fact, Laurent quit and decided he didn't want to be part of it anymore. So, it's the SEVEN Cullens against two evil vampires. If that's not enough, they have a mind reader, a psychic, a strong dude, and an empath within their ranks. James and Victoria are severely outnumbered, and in any OTHER story, they would be vampire sashimi in a jiffy. But apparently not in this one. For some reason, James and Victoria manage to lead the Cullens in a wild রাজহংসী chase and very nearly get away with their game. Which leads me to the conclusion that the Cullens aren't the brightest bulbs in the toolshed.

New Moon- After Edward and Bella's reunion, the Volturi break for lunch. Edward and Alice could have stopped the Volturi from killing the poor innocent victims. But what do they do? Edward sits a frightened Bella on his lap and WHISPERS comforting things in her ear while a group of people are brutally murdered পরবর্তি door. If I were Bella, I would yell at Edward to go rescue them. If I were me, I call up Buffy and a few vampire slayers and wage war on the Volturi.

Breaking Dawn- This one takes the cake. The Cullens' blatant disregard for human life is shown when they invite non-vegetarian ভ্যাম্পায়ার to fight for them. Edward even lends his cars to the vamps. I don't like their double standard at all. For four books, Carlisle has been criticising the Volturi for eating humans. Then, in Breaking Dawn, he shuts both eyes and closes his ears to his বন্ধু eating humans. Suddenly, hunting humans are okay because his বন্ধু do it.

The Cullens: Heroes? Definitely not.
CBnSE, Piercesfan and 3 others like this
youknowit101 "A great many people think they are thinking when they are merely rearranging their prejudices." -William James
youknowit101 The Cullens we're trying to be the best people they could be (not vampires, people). Thry weren't set out to change the vampire world. That would be an unattainable goal. They were doing the best they could without forcing other to follow their way of living like dictators or a cult. How would you like it if vegetarians started forcing all people to stop eating animals because they want to protect them? It's the natural order of ways. People eat animals, but vegetarians are acceptable. Vampires drink human blood, but animal blood drinkers are acceptable.
MCRTS I'm not saying they should change their world. I'm saying that they should stop having double standards. They should have just one goal and stick to it. For example, Carlisle has been criticising the Volturi for eating humans EVERY single book. However, the same criticism doesn't seem to extend to his friends. In fact, he indirectly condones it, because he houses them and Edward gives them cars to hunt.
Merope29 if in hero you mean someone who commits an act of remarkable bravery and or someone who have an admirable strength of character then i don't think the Cullens were good heroes.
cassie-1-2-3 The Cullens suggested that the other vampires go hunting with them. Of course they weren't going to press them to stop feeding from humans. Their friends didn't NEED to be there. I doubt they would appreciate being pestured into changing their diet. They volunteered to risk their existance. I agree thet they weren't large scale heroues, but they weren't meant to be. I don't see the point in criticising that.
AlmostGenius ^^^(assuming ^^^ means I'm responding to cassie-1-2-3) If they weren't meant to be heroes than it's okay for them to be criticized as heroes as they tried to be in a heroic role that made them play a part as heroes when the were just supposed to be sidekicks to the hero. I got lost... Er, I mean it's okay to criticize them as heroes if they're not supposed to be heroes. I think...
cassie-1-2-3 I said Large scale heroes. They did not save the world, they saved each other. They were not trying to save the world. They were trying to save each other. What I was saying was that I see no point on criticizing them for not doing something they weren't trying to do. Criticizing the Cullens for not saving all the humans is the same as criticizing Harry Potter for not curing cancer or Odysseus for not discovering electricity.
-Grace- Right, I'll do my best :D Twilight: I don't really understand your point here, sorry D; That you didn't like the plot? That's not really an objective reason for the Cullens to be bad protagonists. Of course, it's really impossible to give an objective reason for why they're bad protagonists, save perhaps from a literary point of view. New Moon: What could Edward and Alice have done to save those people? D: Breaking Dawn: Everyone has double standards, I don't see any particular reason why the Cullens should be any different :) Although I'm not sure that really counts as a double standard. By that logic, wouldn't it be a double standard for a vegetarian to be friends with a meat eater? D: You say in an above post that Carlisle condones their choices by housing them, so does that mean that vegetarians shouldn't have meat-eaters to stay because it condones their diet?
-Grace- Anyone going to respond? Or am I just so incontrovertbly right that there's no point? >:D

7
Nuttymadam's reaction to the New Moon Trailer
added by snoznoodle
The sequal. Oh. "I almost don't wanna watch it. SO that I can আপনি know, watch it again later?"
video
twilight
funny
trailer
reaction

5
The Summing up of New Moon
added by Impulse85
The best New Moon review ever!!!! If you're a Twilight fan, DO NOT WATCH! আপনি WILL BE OFFENDED!
video
criticism
critical analysis
anti 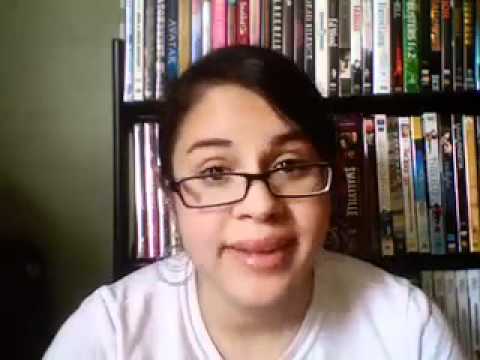 5
The Generalizing & Judging of Twilight অনুরাগী
added by youknowit101
A rant made over the prejudging and generalizing দ্বারা others towards Twilight fans. This video was made due to the overwhelming generalizing and prejudgement witnessed these past few days দ্বারা different people
video
twilight
অনুরাগী
prejudgment
criticism
judgment

4
My Personal Troll
added by Impulse85
A twi-hard picking a fight with a Twi-hater. Guess who makes the better argument? Again, if you're a Twilight অনুরাগী who is easily offended, DO NOT WATCH!
video
critical analysis
criticism
ভ্যাম্পায়ার
anti-twilight 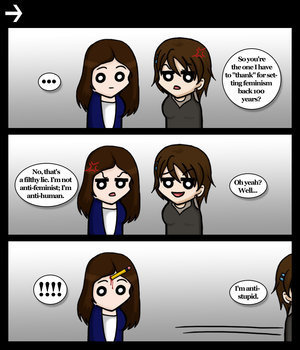 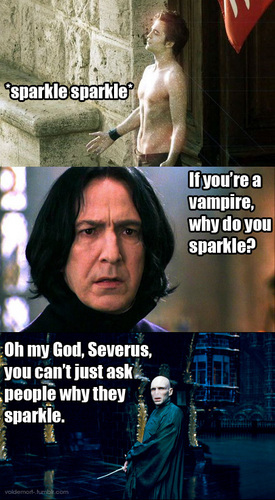 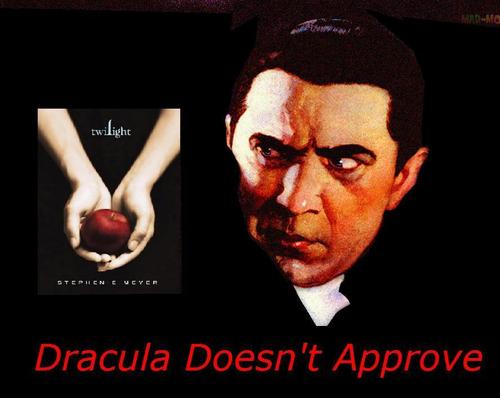 7
Dracula and Twilight
added by TDI_Angel
Source: Me! All me! 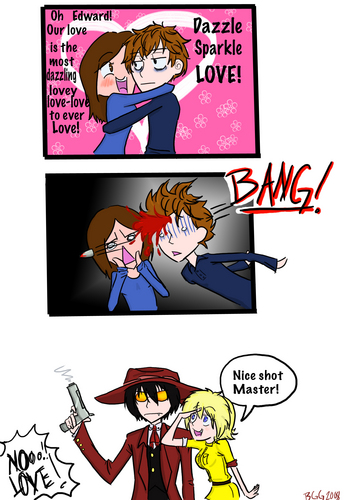 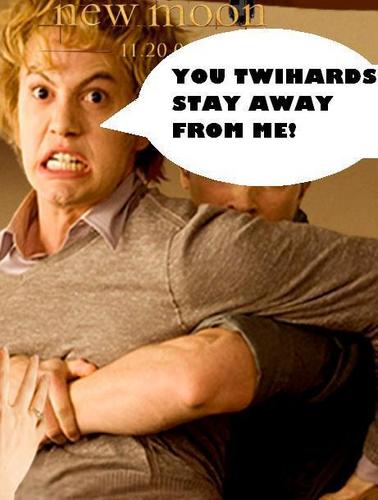 11
Jasper wants আপনি to go away
added by Frizzhead
Source: me 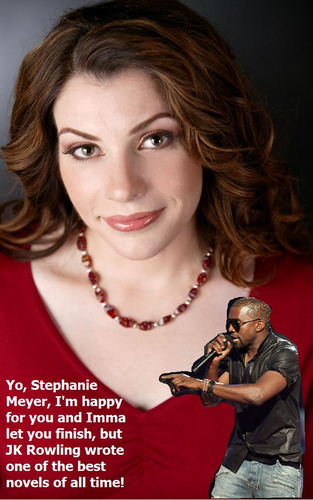 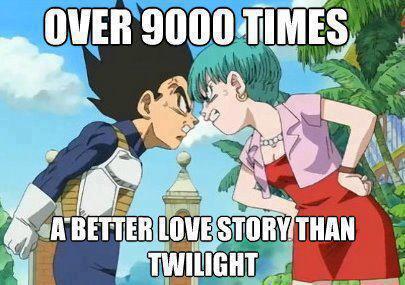 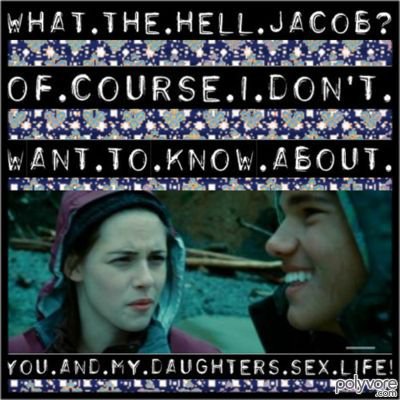 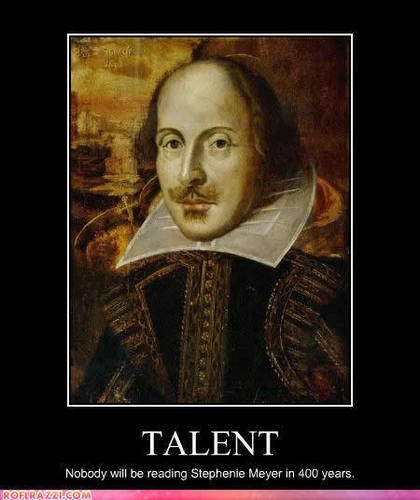