4
The Host chapter 1 part 6
posted by HaleyDewit
Damon was lying on Elena’s বিছানা as Elena was going through her jewelry, looking for some bracelet অথবা নেকলেস she didn’t like anyway. “I think your wiccan friend might be an issue” Damon said. “How’s that?” Elena asked distracted without turning around. “Well, she and I are not the best friends, আপনি know. I doubt she’ll invite me in, in her magical little house” Damon replied. “So?” Elena shrugged. “You can wait outside, we don’t need আপনি to do the spell” Damon frowned his eyes angry. “Well, then I suppose I can go back home, so I can play with Katherine, like আপনি ব্যক্ত so expressing this morning” he ব্যক্ত grumpy. Now Elena turned around so quickly her neck cracked. She ignored the pain and shot Damon a furious look. She grabbed a নেকলেস and walked to Damon. “She can have this one” she waved with the necklace, trying to sound normal. “I tried it on and it doesn’t suit me. So, if it doesn’t look good on me, it won’t look good on her, either”
Damon got up and walked towards Elena until he was just an inch away. He took her hands and looked her in the eyes. “I don’t believe that for a second, Elena” he ব্যক্ত softly. “I think আপনি can make the most worn diamond look shining bright” A tensing silence filled the room as they stared in each other’s eyes until Elena averted her head. “We have to go” she said, swallowing. She left her room, walking downstairs. Damon waited a few seconds, thinking in himself. He had to keep himself together. It was not going to happen. She loved Stefan, period. “Damon? Are আপনি coming?” Elena shouted from down the stairs. “Yeah!” Damon shouted back. “I’m there” He left the room and ran downstairs to find Elena waiting for him. “What were আপনি still doing there?” Elena asked slowly. “Just… thinking” Damon ব্যক্ত honest. Elena nodded. “Okay” She opened the front door, walking to the car. As she and Damon got in the car and he started the engines she lay her hand on his. “Damon” she sighed. “We need to talk. About what happened” Damon looked down at the steering wheel before he looked at Elena. “I know what you’re going to say” he started. “You thought I was going to die. আপনি thought আপনি would never see me again. And though আপনি প্রণয় Stefan আপনি do care about me and আপনি felt the need to let me die with a happy feeling. It was a sweet kiss, and I will cherish it, but it was nothing but a moment of compassion” Elena blinked and shook her head confused. “What, I-” “Elena” Damon ব্যক্ত as he stroke her hair behind her ear. “It’s okay. I understand. I don’t want আপনি to প্রণয় me against your will” He looked back eyes front and pushed the accelerator pedal.
RedHood591, TheExcorcist and 2 others like this
twinflames Sweet :)
12
My Thoughts About 2x19 & A Slight Rant
posted by bratski2192
This is my first article, but I just had to post my thoughts about the latest episode, *Klaus*.

I thought this episode was ok for it being informative, but it irked me with the way some of the characters were acting.

I absolutely loved Elijah in this episode, past & present day. Some others may say he's like Stefan when it comes to comparing his history with Klaus with Stefan/Damon's, but I don't. I also loved Elijah/Katherine scenes, maybe even ship them a little bit.

I loved Katherine having fun with বোরবন too & Damon giving her vervain.

Now, what annoyed me the most in this whole...
continue reading...
7
NINA DOBREV biography
posted by shannon9396 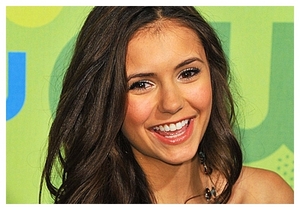 Nina Dobrev
Nina Dobrev (born January 9, 1989) is a Bulgarian-Canadian actress currently living in Canada. She played the role Mia Jones, the single mother on Degrassi: The পরবর্তি Generation since the show’s sixth season. She’s currently starring as Elena Gilbert in the upcoming TV series The Vampire Diaries.
Dobrev moved to Canada at the age of two and has lived in Toronto, Ontario, since then. From a very young age she showed great enthusiasm and talent for the arts: dance, gymnastics, theater, music, visual arts, and acting. Dobrev attended the Dean Armstrong অভিনয় school where she was discovered...
continue reading... 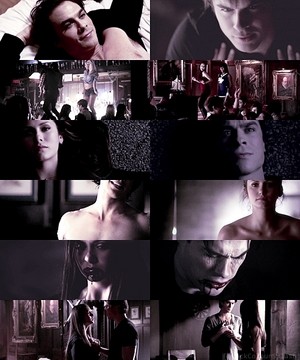 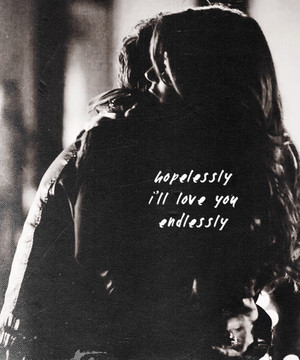 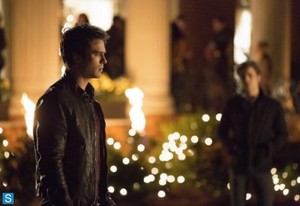 1
The Vampire Diaries - Episode 5.12 - The Devil Inside - Promotional ছবি
added by laurik2007
Source: the cw 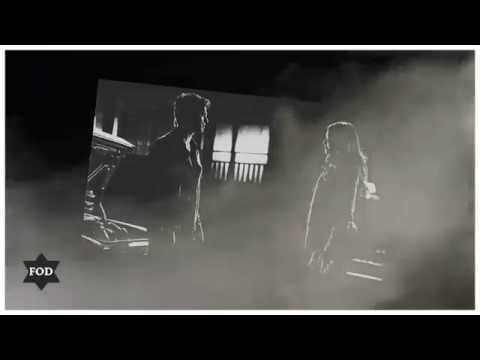 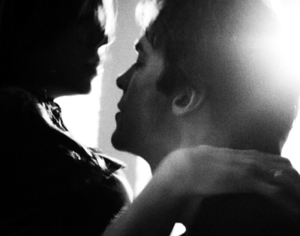 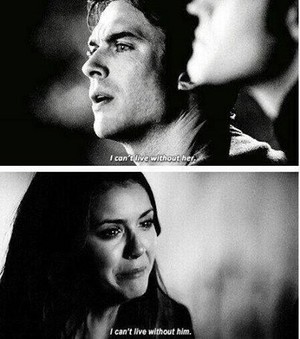 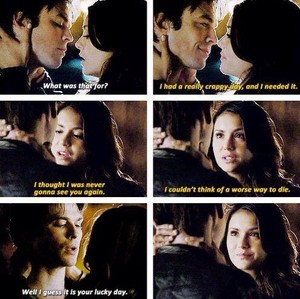 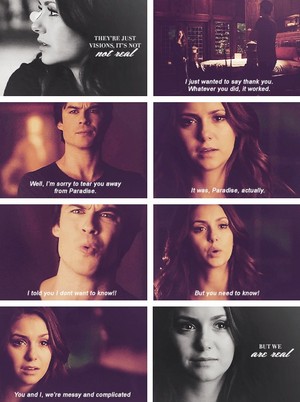 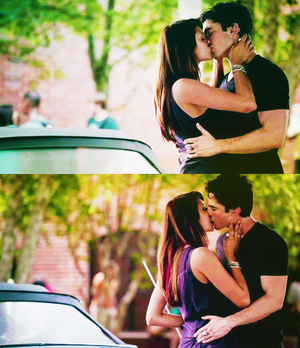 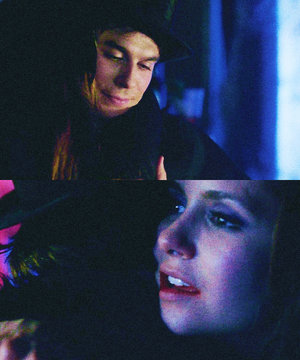 1
Damon & Elena 4x15<3
added by bibi88
Source: dailytvd\tumblr
5
Why this season is the first fir DE and DE fans?!
posted by loveDE45
I’m just gonna say this because. Well, just because, I guess xD
Negativity:
I watch The Vampire Diaries for the romance. I wouldn’t watch it if it was just about some high schoolers living out their normal lives and growing into adults no matter what their character development is like. I’m a romantic person. Romance stories are my favorite.

So yes, I am really not all that ashamed to admit that I have found this season very disappointing. Ever since Elena chose Stefan in season 3, I have been waiting to see those “consuming feelings” that Elena professed to have for Damon because after...
continue reading...
More Cards
1234567891011