3
Dopple Crossed Chapter 6 part 2
posted by HaleyDewit
The sun rose and shone through the curtains. Damon opened his eyes and looked at Elena’s crown. He looked up and saw the planks still lying on the ground. He recalled the last night. At a certain moment Elena’s বিছানা had collapsed and Damon didn’t have the হৃদয় to send her to another room and so he let her sleep with him.
“I think you’re starting to recover” Elena had softly said. She had crawled up against him and fallen asleep.
Damon stroke her hair and she woke up. She looked up and gave him a soft kiss. “Hi” she smiled. “Good morning”
“Good morning to আপনি too” Damon replied with a চুম্বন back. He placed his hands on her waist and lifted her from the bed. Elena shrieked when Damon threw her in his arms and carried her out of the room. When they were at the stairs Elena said: “I have feet, আপনি know. I can walk myself”
“Okay” Damon ব্যক্ত and he let go of her. Elena screamed, but before she hit the stairs Damon caught her and put her on her feet.
“That was not funny, Damon” Elena ব্যক্ত grumpy.
“Are আপনি kidding me? That was hilarious!” a voice ব্যক্ত from downstairs.
Damon frowned. “What are আপনি still doing here?”
“You told me to stay, remember?” Derek said.
“No, I didn’t” Damon ব্যক্ত as he and Elena went downstairs.
“Yes, আপনি did” Derek ব্যক্ত accenting his words. “You ব্যক্ত ‘Stay here’ and then আপনি went away to see what that noise was”
Damon stared at him, a little muddled. “Okay, well, now আপনি can go”
“I know you” Elena got in between.
“And I know you, gorgeous” Derek ব্যক্ত with a smirk. He checked her out from head to toe. Damon noticed his stare and he placed himself between Derek and Elena.
Elena put her hand on his shoulder. “It’s okay, Damon. He won’t do anything”
“Wait” Derek ব্যক্ত with a frown. “You two…?” he ব্যক্ত looking from Damon to Elena and back. Elena stepped in front of Damon and shot Derek a provocative glance.
“Oh my God” Derek ব্যক্ত and his lusting expression went straight to shock. He couched and walked to Elena. He stuck out his hand. “My name is Derek Janders. I’m a vampire. I’m also the idiot আপনি met in that hamburger place”
Elena nodded, but didn’t accept his hand. “Yeah, I remember. আপনি tried to force yourself on me. Is that some kind of local hobby?” she ব্যক্ত sarcastic and Damon looked down.
“I’m really sorry about that” Derek ব্যক্ত sincere. “You were looking really hot. Now আপনি do too, but since you’re Damon’s girlfriend I will keep my hands to myself”
“Why does it matter I’m Damon’s girlfriend আরো than I was Stefan’s?” Elena asked frowning.
“Because Damon is so much cooler” Derek ব্যক্ত obviously. He almost added ‘Duh’ to it.
“And why are আপনি here exactly?” Elena continued her interrogation.
“Damon hasn’t filled আপনি in?” Derek asked, looking at Damon.
“No, he hasn’t” Elena ব্যক্ত a little reproaching and turning to Damon.
“Hey, don’t look at me” Damon ব্যক্ত raising his hands. “You were fixing the বিছানা in which আপনি failed miserably”
“Oh, yeah, rub it in, why not” Elena ব্যক্ত sarcastic.
“You totally did that on purpose” Damon said.
“Got any prove?” Elena ব্যক্ত smug.
“Okayyy” Derek ব্যক্ত trying to get the two lovebirds pay attention. “I’m here, because something is coming. Something really bad”
“Some chick wants to expose and kill all super naturals” Damon cut off Derek’s cryptic talking. “You have nothing to worry about”
“Yes, I do!” Elena exclaimed. “I don’t want আপনি to get hurt অথবা any of my বন্ধু that’s not human”
“I meant for yourself” Damon clearified.
“Yes, I do” Elena repeated softly. “Damon, I’m the doppelganger. Isn’t that supposed to be something supernatural?”
“She’s right, Damon” Derek ব্যক্ত আরো serious than ever.
“You have nothing to worry about” Damon ব্যক্ত soft, looking at Elena. “I won’t let anyone lay a finger on you”
RedHood591, TheExcorcist and 1 other like this

13
Delena
added by quinnfabray
133
Why Damon and Elena belong together (D/E vs S/E)
posted by MissDK
নমস্কার everyone...

When I was spending my summer holidays anno 2009 in Buffalo, NY, USA, I was thrilled to hear about a new Vampire TV show. And what made me even আরো excited was the fact that the প্রদর্শনী will be based on books, called ”The Vampire Diaries”. I have never heard of this...
continue reading...
20
LJ SMITH যন্ত্রপত্র TO A DELENA অনুরাগী
posted by jendelena
Anonymous

“Damon?” she ব্যক্ত before entering his room. She heard water running in the bathroom. Was he in the shower? She grimaced hoping to not find him in there with Andie. Her curiosity eating away...
continue reading...

I managed to crawl...
continue reading... 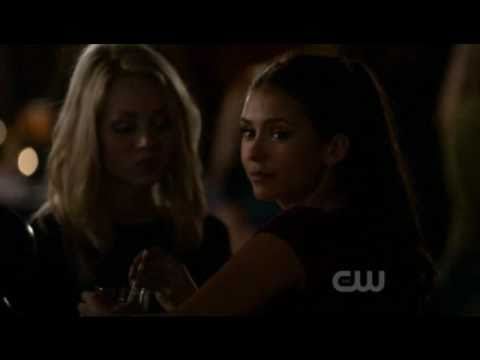