9
Highest grossing DP চলচ্চিত্র Coundown - দ্বারা Animaluco
posted by AnimaIuco
One of the subjects that interest me the most about চলচ্চিত্র (including DP movies) is the box-office. I think that if used in the right way (I mean, inflation-adjusting things), it might be a good way to compare চলচ্চিত্র and understed why they are জনপ্রিয় অথবা not. So I spent some time researching and I finally came up with the North American grosses of the 10 DP Movies. Hope আপনি enjoy my research, my মতামত and my images. 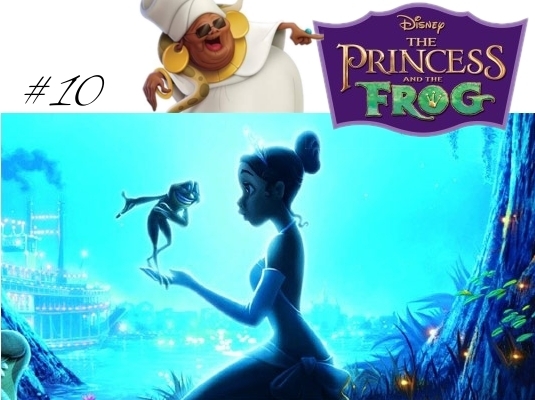 #10 - The Princess and the Frog - $107.7 million
If the word "flop" applies to any of the DP Movies, unfortunately, it's this one. The Princess and the Frog's marketing was very centered in the "return of traditional animation/fairy tale thing" and didn't consider that people might have হারিয়ে গেছে interest in this kind of movie. Though it didn't help that people created too much expectations, PatF really could have done better. Also we have to remember that it was released weeks before James Cameron's অবতার (currently the highest-grossing movie of all time) and Alvin and the Chimpmunks 2. 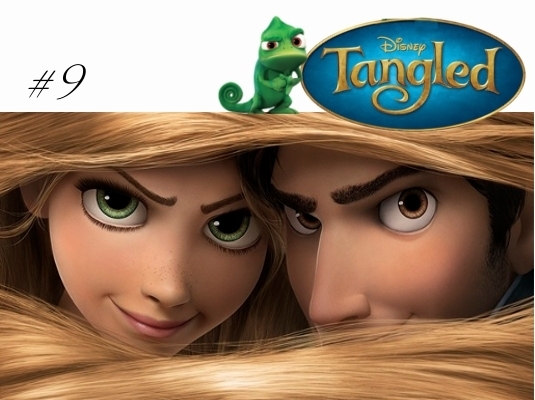 #9 - ট্যাঙ্গেল্ড - $199.9 million
If this তালিকা wasn't inflation-adjusted, ট্যাঙ্গেল্ড would rank #2. But we are not considering the additional price of the 3D ticket and the inflation factor has been included. ট্যাঙ্গেল্ড was definetevely very sucessful, though not as much as its isolated numbers may seem to. It grossed twice as much as PatF and delivered Disney's biggest opening weekend ever, giving a new chance to the fairy tale genre. Part of the sucess may be explained দ্বারা its marketing, that managed to expand the movie's audience. 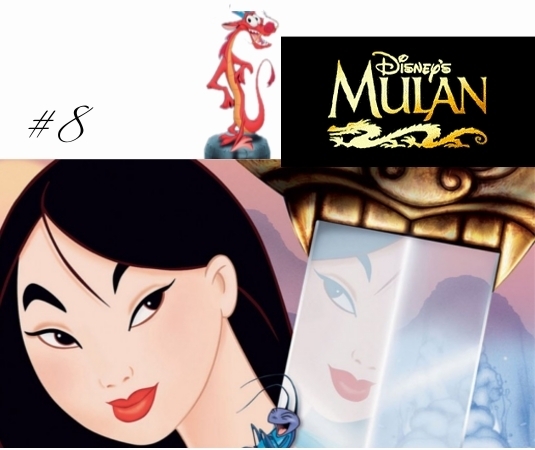 #8 - মুলান - $204.2 million
মুলান was very sucessful upon its release, but not as much as the other DP renaissance movies. Maybe little girls avoided it because of the "China-War-Dragon" theme. Also, in 1998, the peak of Disney's renaissance was gone and after The Lion King, চলচ্চিত্র started to gross less than Disney's "Fab Four" (which also includes The Little Mermaid, Beauty and the Beast and Aladdin). However মুলান outgrossed non-DP চলচ্চিত্র The Hunchback of Notre Dame(1996, $179.9 million) and Hercules (1997, $171.4 million). 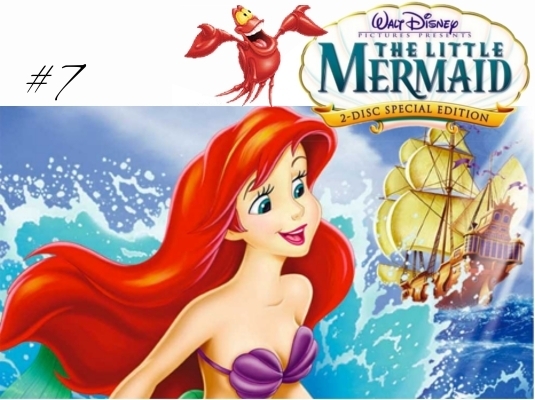 #7 - The Little Mermaid - $210.3 million
Things were very hard for animated চলচ্চিত্র back in 1989, when The Little Mermaid was released. It's even unfair to compare its gross with most of the other movies, because TLM had to "start from zero", while the other চলচ্চিত্র found a Disney-confident audience. While it was possible to market Beauty and the Beast as "The movie from the studios that brought আপনি The Little Mermaid", Ariel didn't have such thing. However, even considering this, the movie isn't in the bottom 3 of the তালিকা and that is already very impressive. In 1989, it was the highest grossing animated movie to তারিখ (not inflation-adjusted). 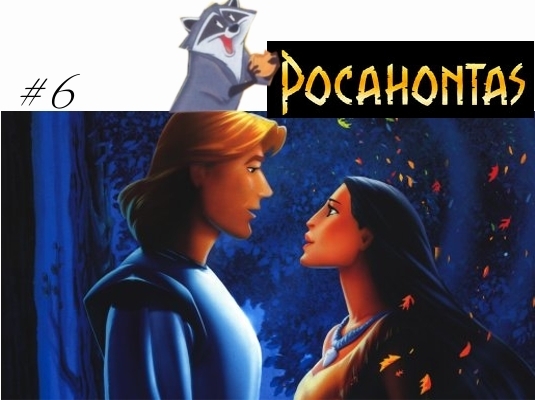 #6 - Pocahontas - $258.4 million
People often refer to Pocahontas as a flop, but that's not true. The problem is that some anxious filmmakers were expecting the movie to go ahead of The Lion King's $592 million tally, and when the movie "only" grossed $258 million, they were clearly frustated. However, I'd say that the movie was mostly benefited দ্বারা TLK's hype. If it had been released in other year, it certainly would be lower. 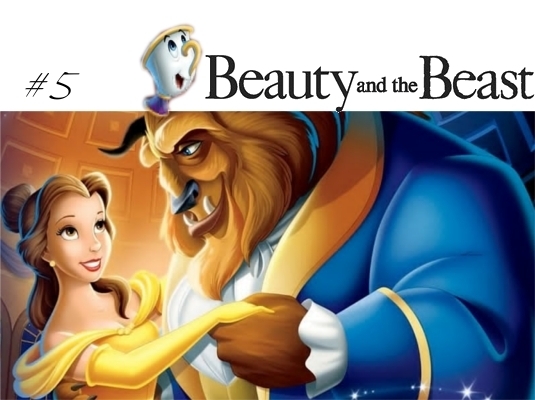 #5 - Beauty and the Beast - $312.5 million
Benefited দ্বারা The Little Mermaid's hype, Beauty and the Beast managed to go ahead of that movie. The best picture nomination in the Oscars and the Golden Globe for best movie (Musical/Comedy) also helped the movie to gain interest, and to date, it beated TLM to be the highest grossing animated movie (not inflation-adjusted). With its 3D version release this week, the movie might even beat the #4 movie. 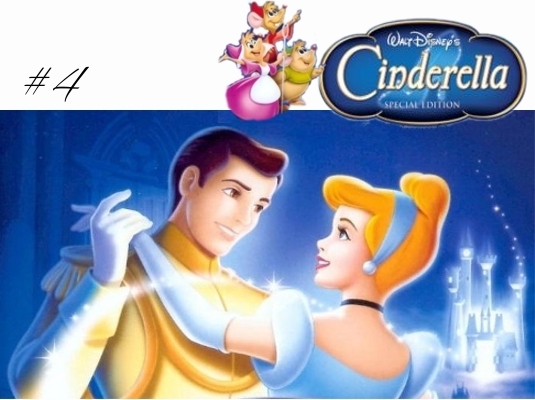 #4 - সিন্ড্রেলা - $370.0 million
Disney's most জনপ্রিয় princess didn't make it to the podium of the highest-grossing movies. Of course it was very sucessful and saved the ডিজনি Studios, but it's not the kind of movie people remember from the theaters. However, back in 1950, it outgrossed Snow White and remained as the top-grossing animated movie until Lady and the Tramp (1955, not inflation-adjusted). 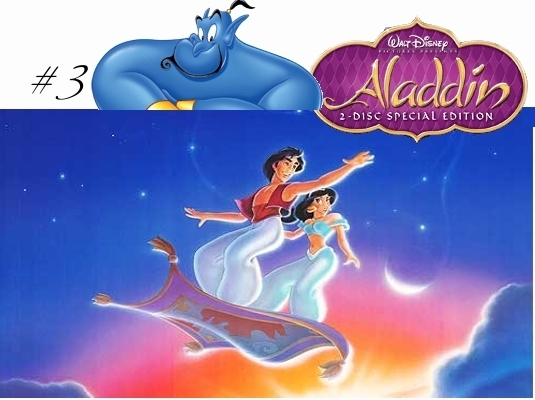 #3 - আলাদীন - $416.4 million
I'm sure most of আপনি are surprised with this. আলাদীন was an enormous hit in 1992 and it outgrossed The Little Mermaid and Beauty and the Beast দ্বারা a very wide margin (maybe because it is আরো attractive for boys). However, nowadays, আলাদীন isn't as জনপ্রিয় as TLM অথবা BatB. Also, if the তালিকা wasn't inflation-adjusted, আলাদীন would rank #1. 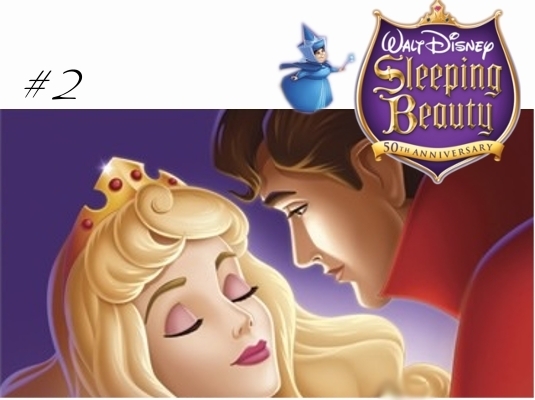 #2 - Sleeping Beauty - $577.0 million
Another big surprise! Bad mouths may say that this movie was a flop, but there are no words against the numbers. Though it grossed less than সিন্ড্রেলা and Snow White upon its original release, Sleeping Beauty managed to improve its gross with its re-releases over the years. Currently, it ranks #30 in the তালিকা of the all-time movie grossers. 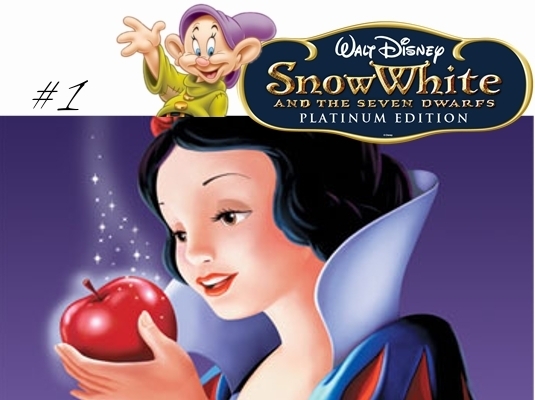 #1 - Snow White and the Seven Dwarfes - $865.5 million
This definetevely wasn't a surprise. Disney's most জনপ্রিয় movie and a masterpiece from the cinema, Snow White became the biggest hit of all time upon its original release (though it was outgrossed দ্বারা "Gone With the Wind" later). Currently, Snow White is among the শীর্ষ 10 all-time grossers with an impressive $865.5 million tally.

Please মতামত =)
sweetie-94, Jayden-G and 7 others like this
milky-way Wow I would have expected Tangled to be much higher than that! And Aladdin beat Beauty and the Beast, that's a bit surprising. Then again, I suppose the wider audience helped.
boolander25 My mouth literally dropped. That is a heck of a lot of money that Snow White raked in.
starlight77 i. am flabbergasted.
AnimaIuco @starlight77 Is that a good thing? lol
magicfairydust dangggg that's a lotta money. and did you adjust for inflation on all of these? cuz the list would be inaccurate if it wasn't
AnimaIuco All the numbers are inflation-adjusted and including all the movies' releases.
KataraLover Wow one of the few things Snow White is high on
alexon31 Great article! I really enjoyed reading it, it was very interesting and very well written. Looking forward to more of your articles :).
AnimaIuco Thanks!!!
princesslullaby holy moly!!!
Swanpride Actually, upon inicially release, Sleeping Beauty wasn't a financial success - it grossed a lot, but considerably less than the production costs. Only after repeated releases, in which the numbers got adjusted, it grossed the production costs, and it became a gold mine over the video and DVD sells. Plus, what those lists never take in consideration, is the concurrence - and I don't mean what came into the theaters a few weeks later. Tangled for example beat out Harry Potter. And in General, the newer movies have to go up against the offers of Pixar and Dreamworks, plus a shitload of other movies aimed especially at kids, while the one of the renaissance just had to beat Don Bluth and the older ones had no real challenge at all. Great list nevertheless.
AnimaIuco I never said Sleeping Beauty grossed enough to cover its cost, I only said it wasn't a flop like people say. In fact, it was the #2 movie of 1959. Thanks however =)
iHyrule Dangggg! You go Snow White! Awesome Article!!!
Purpledolphin Good article! I like to read about how much movies gross good job!!!
starlight77 it's the whole sleeping beauty number two that has me shocked. that movie was such a fail in theaters i thought. how could batb and tlm not be higher?
starlight77 btw your english is amazing!
princesslullaby if sleeping beauty was the #2 movie of 1959 then 1959 was not a good year for movies
callie923 Wow this was really interessting! Though I have to saw Sleeping Beauty at #2 REALLY surprised me. Either way, great article :)
princesslullaby Also, upon re reading, you can't always adjust for inflation because if Snow White came out now, it wouldn't be nearly as successful as it was upon initial release. 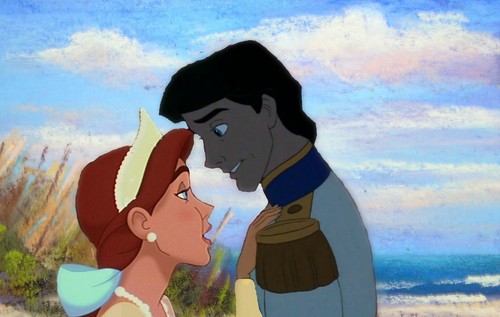 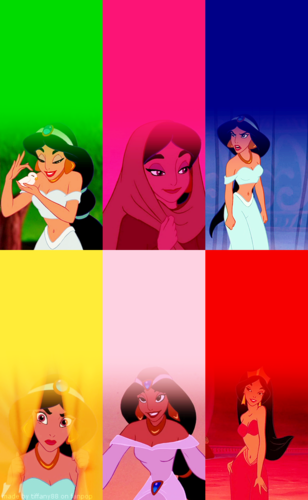 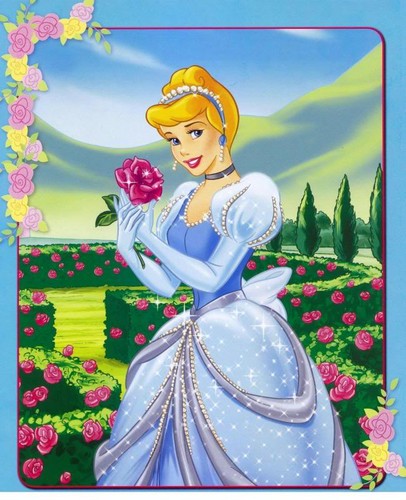 A Princess
added by ElafTalebHEJ 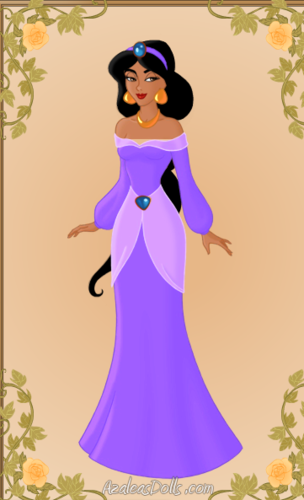 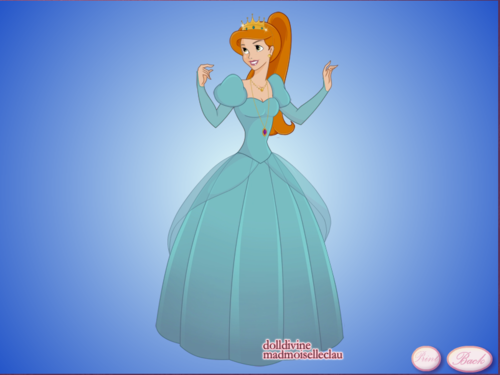 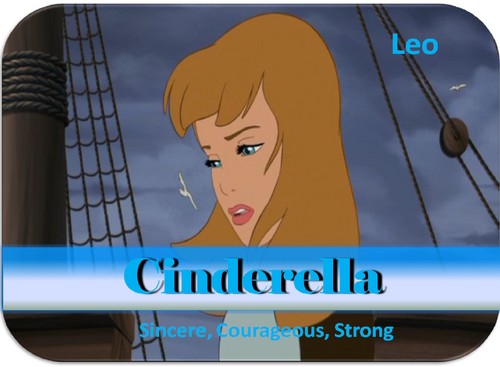 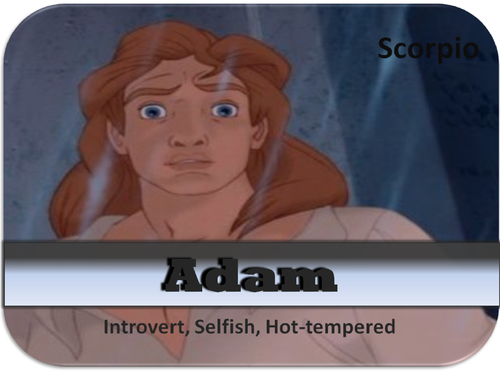 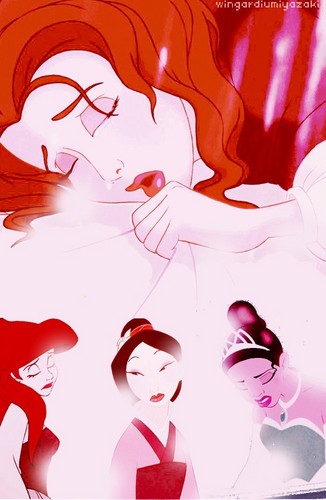 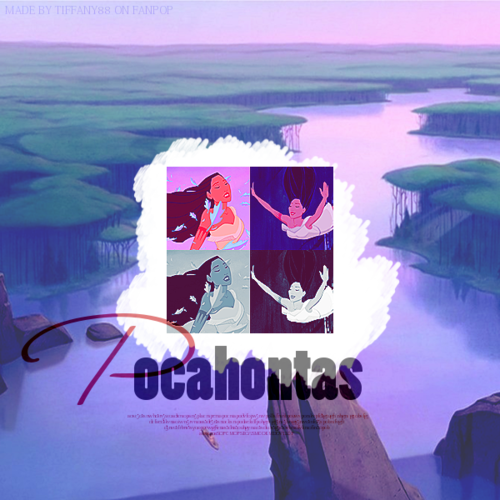 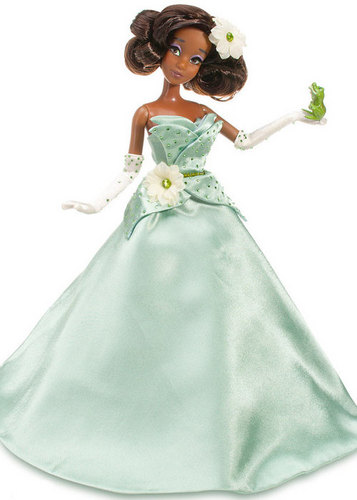 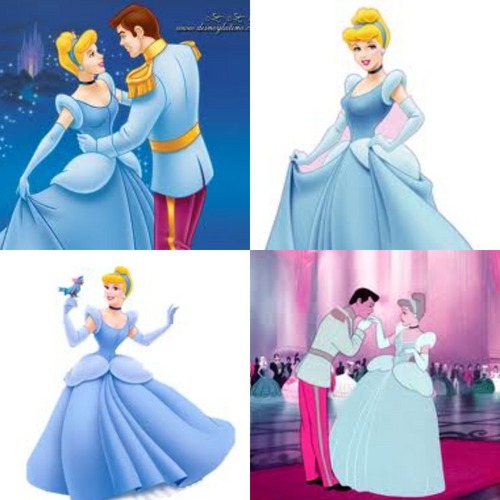 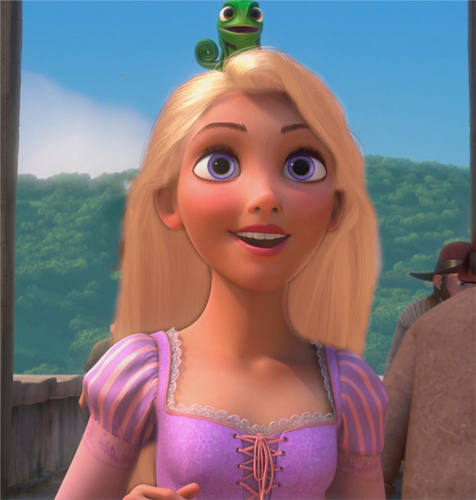 Rapunzel with Aurora's color scheme
added by kiraragirl200
Source: Me :) 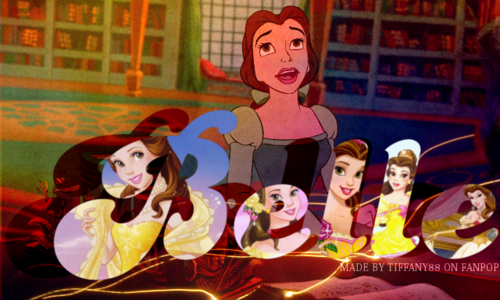 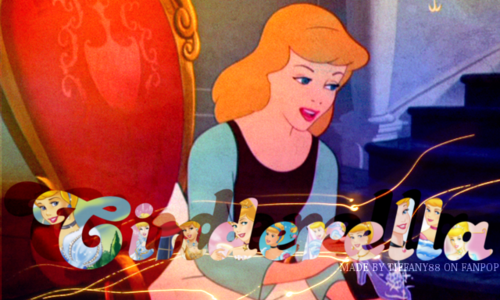 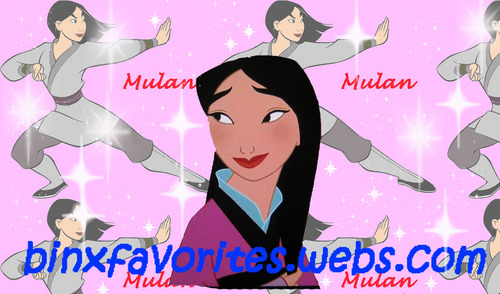 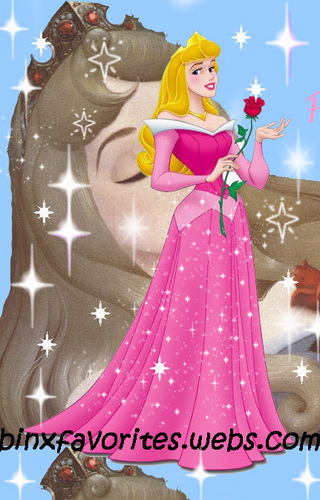 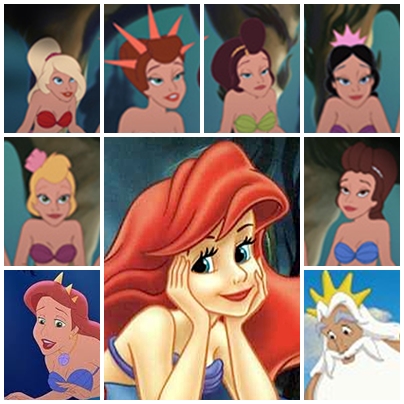 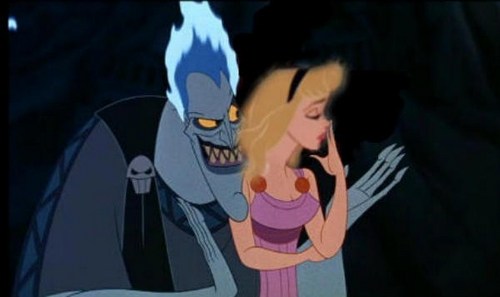 4
aurora and hades
added by stella90 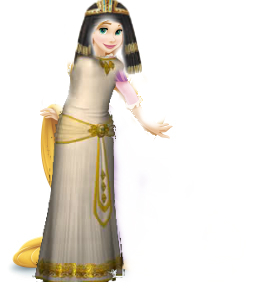