7
Emma Watson struck দ্বারা 'full circle' moment
posted by Hermione4evr
Emma Watson has revealed how she finished filming her latest movie as she celebrated her 15th anniversary of being cast in the Harry Potter films. 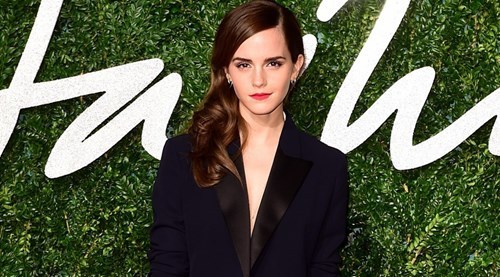 The 25-year-old actress told Radio 1′s Nick Grimshaw that she wrapped her part in Disney’s Beauty And The Beast live-action remake on August 21, the same দিন she won the life-changing role in the big-screen adaptations of JK Rowling’s wizard novels 15 years পূর্বে in 2000. 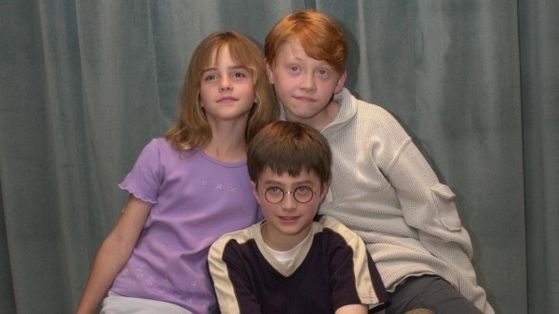 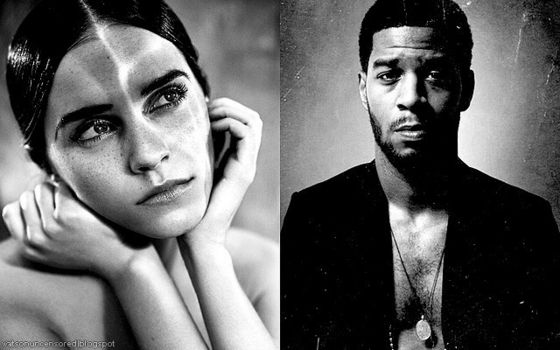 In my head your smile appears clear
Wish it wasn't my imagination
But in a way was a dream
Your eyes they tell it all, called it
Hope আপনি got a good heart,
And you're smart
You got a good head on your shoulders
That's what turns a nigga on, strong
Feelings that I have you'll probably never
Find out ever
I'll admire from afar, star
Keep doing all the great things you're doing
You got it going on, young lady

Emma Watson stars in The Bling Ring! Isn't she hot!
Emma Watson is the face that has launched at least a half-dozen magazine covers so far this summer tied to her racy new movie “The Bling Ring.” And, to think, Emma considered bagging অভিনয় after her 10-year run in the Harry Potter movies.
Watson’s string of covers, however, certifies her as an international superstar.
“The Bling Ring,” about a group of suburban Los Angeles high school kids who burglarized the homes of celebrities, is Watson’s sexiest role yet.

For the former squeaky clean “Harry Potter” star, the film is as much of a departure from her child অভিনয় career as “Spring Breakers” was for former ডিজনি teen কুইন Selena Gomez.

link
1
What Does Emma Think About Twilight ?
posted by MaddyPayne 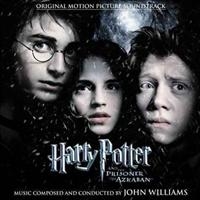 She Think That Twilight Is Sellings Sex (And I Agree With That !)

"This চুম্বন between Hermione and Ron is highly anticipated, it's been building up for eight films now. And Harry Potter is not Twilight, আপনি know; we're not selling sex.”

Harry Potter and Twilight Are Both Made For Teens (Excuses for all the other people who look at it), But আপনি Can See That HP is Way আরো respectful, magic and it's not all about a প্রণয় story, about kisses, having sex and so much more...
The Hermione and Ron প্রণয় was not something...
continue reading...
Emma Watson picks 'The Vagina Monologues' for Our Shared Shelf
posted by Hermione4evr

This book isn't strictly just a book - it's a play that became a political movement that became a world-wide phenomenon. Just say the শিরোনাম The Vagina Monologues and, even now, twenty years after Eve Ensler first performed her ground-breaking show, the words feel radical. I'm very excited about spending the months of January and February পাঠ করা and discussing a book/play that has literally changed lives.

The first person's life it changed was the feminist playwright Eve Ensler's. She says she didn't so much 'write' her play as act as a conduit for other women's...
continue reading...
Emma Watson: "I learnt a lot from Lena. I'm আরো courageous now"
posted by Hermione4evr 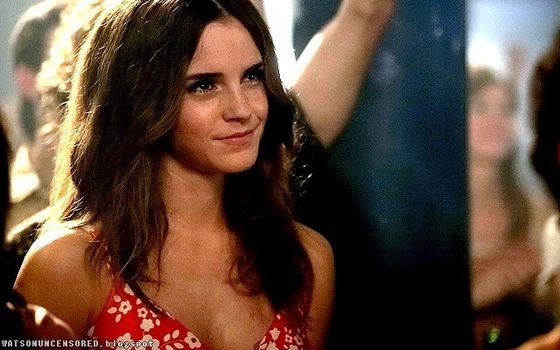 The British actress Emma Watson has become a model for many young women. In an interview with FR, she explains how she found herself and has overcome the hype after the Harry Potter films.

For at least a generation of moviegoers, Emma Watson will probably always remain Hermione Granger, the best friend of Harry Potter. She tried to distance herself from this image, and unlike many other child-stars, she was definitely successful. In her new film Colonia Dignidad, she plays a young woman in the Chile of 1973, in the turmoil of General...
continue reading...
14
Hermoini Granger!
posted by vickyskeamer
She is a very powerful character of potter series. she is a think tank for harry and ron,she is cute,intelligent and her anger is awesome. I dont think she will die in potter -7 ,i've purchased the book not get enough time to read the full.
11
Emma Starts Feminist Book Club
posted by Hermione4evr
Emma Watson has started a Feminist book club on the “book networking” website Goodreads. After asking অনুরাগী on twitter to suggest names she chose link and her book club went live on Thursday. The ‘club’ is a public group on Goodreads, open to any registered member. 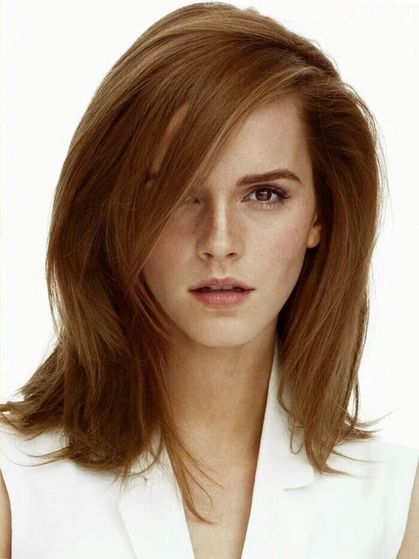 As part of my work with UN Women, I have started পাঠ করা as many বই and essays about equality as I can get my hands on. There is so much amazing stuff out there! Funny, inspiring, sad, thought-provoking, empowering! I’ve been discovering so much that, at times, I’ve felt like my head was about to explode…...
continue reading...
11
Mentions of Emma Watson in the media
posted by Hermione4evr

The তালিকা is based on collected earnings from TV shows, movies, record sales and product endorsements.

Adele’s upcoming third album has helped her make a comeback into the তালিকা and Emma’s continued work as a global ambassador for women has helped her considerable earnings grow. 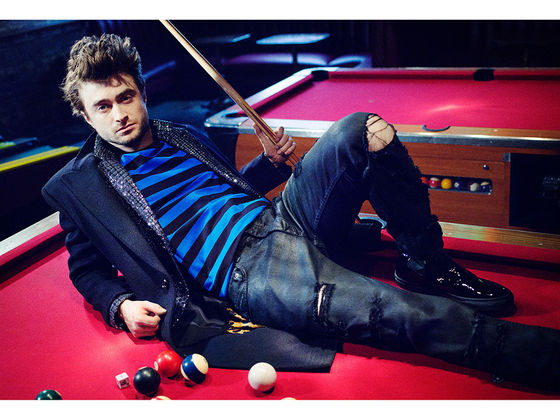 Long after the beloved Harry Potter series ended, Daniel Radcliffe is speaking out in support of costar Emma Watson, and her HeforShe campaign to promote gender equality.

"I think it's fantastic that she's bringing attention to it and adding to the conversation," he tells Nylon for its November issue.

Watson's campaign asks men to throw their support behind gender equality, with the idea that equal rights for women cannot become a reality without advocates from both genders.

Alex Watson
7
Emma filmed last scene for Beauty and the Beast 15yrs to the দিন after she was cast in Harry Potter
posted by Hermione4evr
It’s “one of those full বৃত্ত moments", says Watson 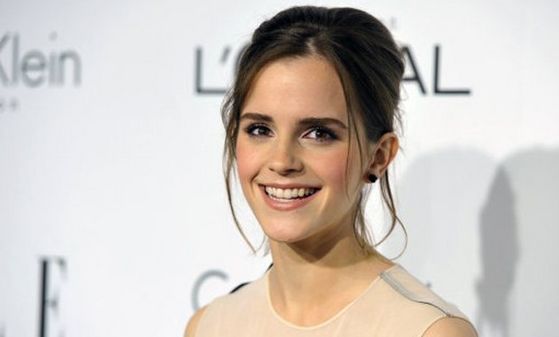 On 21st August this বছর Emma Watson celebrated 15 years since being cast as Hermione in the Harry Potter series – the exact same দিন that she wrapped on her latest project...

“It’s so weird," ব্যক্ত Watson. "It’s one of those full বৃত্ত moments as I did my last দিন on Beauty and the Beast as Belle and I was driving প্রথমপাতা and saw stuff reminding me that it was fifteen years to the দিন that I was cast as Hermione."

“It’s so crazy,” she told Nick Grimshaw on his Radio 1 Breakfast show. “It’s আরো than half of my life.”...
continue reading...
6
Emma Watson talks about 'Colonia' + উদ্ধৃতি about her from the crew
posted by Hermione4evr
The production notes of Florian Gallenberger's 'Colonia' were released. Inside, bits of an interview with Emma and the rest of the cast and crew. 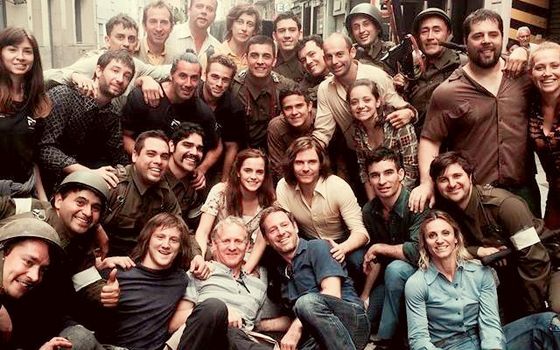 SYNOPSIS
Inspired দ্বারা true events, COLONIA tells the story of Lena and Daniel, a young couple, who become entangled in the Chilean military coup of 1973. Daniel is abducted দ্বারা Pinochet’s secret police and Lena tracks him to a sealed off area in the South of the country, called Colonia Dignidad. The Colonia presents itself as a charitable mission run দ্বারা lay preacher Paul Schäfer but, in fact, is a place nobody ever escaped from. Lena decides...
continue reading...
Emma Watson picks Maya Angelou's 'Me & Mom & Me' for Our Shared Shelf
posted by Hermione4evr 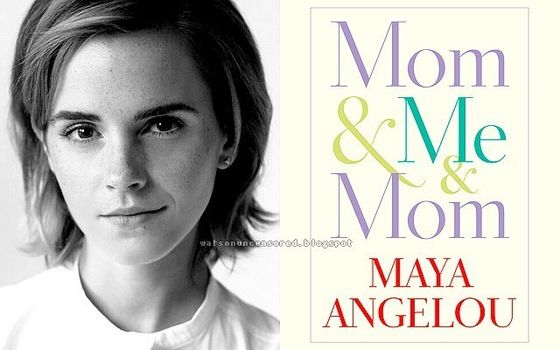 November and December’s book will be Mom & Me & Mom, Maya Angelou’s final work, published a বছর before her death, in 2013, when she was 85 years old. It was the first book to focus on her mother, Vivian Baxter, who abandoned Angelou when she was a child and it portrays their complicated relationship. The story is about the special connection between mother and child; both women found a way to সরানো on and form a profound and enduring bond of প্রণয় and support.

Many of আপনি may be familiar with Angelou’s 1969 classic, I Know Why the Caged Bird Sings,...
continue reading...
Emma Watson Signs With CAA
posted by abcjkl
From Variety

The 26-year-old actress is best known for playing the iconic character of Hermione Granger in the “Harry Potter” film franchise. She can be seen পরবর্তি in Disney’s live-action adaptation of “Beauty and the Beast” opposite Dan Stevens and Luke Evans, followed দ্বারা “The Circle” which she co-stars opposite Tom Hanks.

Related
Beauty and the Beast trailer

Watch the Magical First Trailer for ‘Beauty and the Beast’ 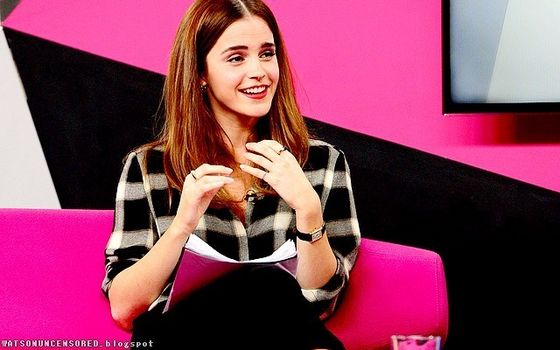 1."Women feel like we need permission ... We need to lead and change that." —in an interview with ফেসবুক about the #HeForShe campaign, March 2015

3. "Femininity needs to be embraced wherever it is, whether it be in a man অথবা a woman অথবা a nonconforming gender person." —in an interview with ফেসবুক about the #HeForShe campaign, March 2015

4."Don't let anyone tell...
continue reading...
3
How to Contact Emma
posted by Kev206
If you'd like to send a letter to Emma Watson, don't try to find out her private address. That's too difficult, and I'm not sure if Emma would really প্রণয় your private post ...

Instead, we recommend using this address. Letters sent to this address arrive at the letterbox of the Leavesden Studios which appear to have the best contact to Emma.

If আপনি want your letter to be forwarded to Emma, আপনি should try to write in a serious style and your letter shouldn't be one of those "Just 4 Fun"-letters. Emma's assistants receive too many of that kind ...
Emma Watson Vs .....
posted by MaddyPayne 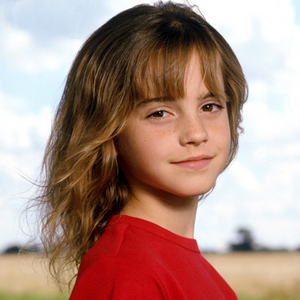 I Know I Should Write This at the Links. But I've To much Links, it's easier to do it here :)

Please Go To The লিঙ্ক and Vote the One আপনি Prefer (I hope it's Emma!)

I Hope আপনি Like It !!
Support Emma Forever And Always <33
continue reading...
3
Emma Watson's Rewards
posted by Kev206
Emma Watson has won tons of prices and awards - a short excerpt of a very long list: 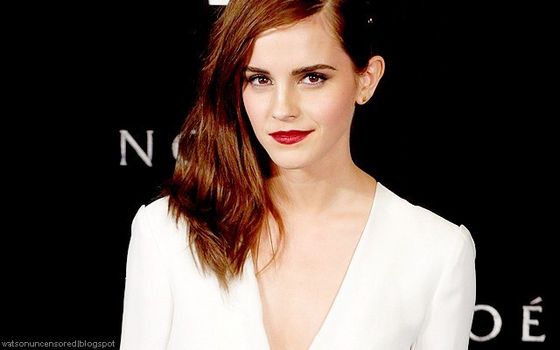 IMDb is celebrating its 25th anniversary on October 17 and to mark the milestone event, the #1 movie website in the world is revealing some cool stats.

JustJared.com has your exclusive first look at the site’s তালিকা of the শীর্ষ 25 stars of all time as determined দ্বারা actual page মতামত of the আরো than 250 million monthly unique visitors to IMDb.

“Over the course of 25 years, IMDb has evolved from my personal film diary to the #1 movie website in the world,” ব্যক্ত Col Needham, IMDb’s founder and CEO. “Even as we celebrate our heritage, we are energized দ্বারা our mission to bring the IMDb...
continue reading...
See All of Emma's British GQ Photos!
posted by redacter

Emma Watson shows some serious sexiness on the cover of British GQ magazine’s upcoming issue. She strikes a pose as Nicki, her “amoral” character from her upcoming movie “The Bling Ring.” Hello Julia Roberts. She wears the same dress that Julia wore in her 1990 সরানো "Pretty Woman."

Watson wears a dress on the cover not seen since Roberts wore it in the 1990 movie “Pretty Woman,” with Richard Gere. She plays a hooker who falls for a tycoon.

Watson, 22, acquits herself well. Her navel peeks through a steel ring holding the dress together while she pulls down one side to give a peek at a tattoo perilously low on her hip.