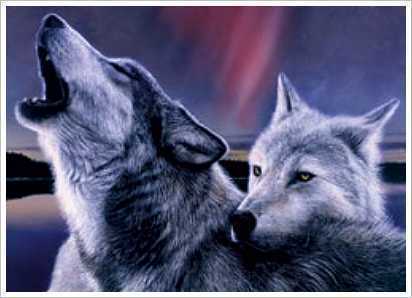 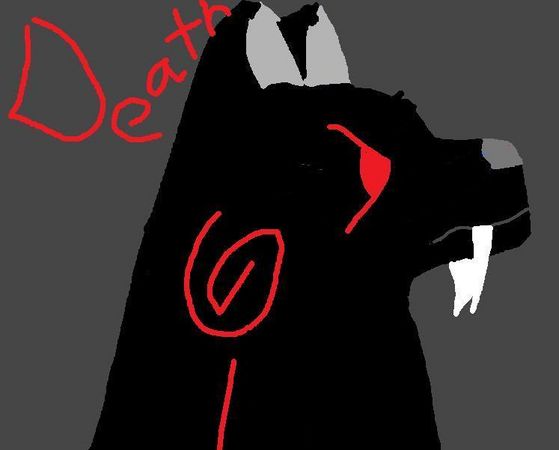 Death
The fear
posted by brownstar
I jumped backward as the pack leader leaped for me. We had just got attacked দ্বারা three নেকড়ে that were in our way and trying to kill us. I slipped to one side as claws came to me and i bit into shoulder fur. I could hear the howl of fury and pain from the leader and he rolled. Gasping in surprise, i rolled with him and felt my flank পশম rip. Holding back a cry of pain, i jumped away from the leader as he sneered*. "Running away little coward!" I looked back and growled. "I would never run from you, this is our pack land!" And at that moment, i thought i could see fear flash once in his eyes....
continue reading...
The savior
posted by brownstar
I stood tall as the three নেকড়ে glared at us. Shine and Spot were behind me trembling in fear as the leader snarled. "Why are আপনি here?" he growled at us with his red পশম bristling and blue eyes blazing. I tensed up and spoke harshly. "we are on a journey, the real প্রশ্ন is why are আপনি in fangclan territory?" One of the leader's বন্ধু growled at me. "Why does it matter to some নেকড়ে in training?" He barked and Shine broke in. "Because it's our pack's territory and we have every right to care!" The pack leader grinned. "Would আপনি care after আপনি die?" Spot and Shine gasped at the question....
continue reading...
The trip
posted by brownstar
I look at Shine as he asked us. "Should we stop for the night, i don't like those storm clouds." We had just got started with our trip to the clawed cave in order to see if we are ready to become নেকড়ে in training. My brother Shine and my sister Spot were with me. "Sounds like a good idea." i said, agreeing with Shine. He smiled and pointed to a small cave. "We can go there." He explained and we went in. "Why did we have to stop?" Spot complained. "You want to go out there in the dark and keep going?" Shine challenged. "Stop it." I growled. "I've heard there are other packs that hunt at night,...
continue reading...
death of a good friend
posted by Kittencutie11
Jessica Hermes

Beloved sister and good friend taken দ্বারা a careless driver but still lives close in the hearts of the many বন্ধু she made and her family morns but she is now with the দেবদূত singing.. We will miss her

I never knew her that well but many knew দ্বারা her user name Whiteflower. She was a very good friend she cared about other enough to push her sister Brownstar out of the way of a speeding car and she was killed. We will all morn her death but we must realize that she is no pain of the accident and that we will see her in heaven when it is our time.
The তারকা
posted by brownstar
I looked up as Shine called to me. "Come on Shadow we can't be late!" I nodded sadly. "I coming Shine." I walked over to him and Spot and we all looked at eachother. "We ready for this?" I asked. Spot nodded. "Fire will be proud of us." She ব্যক্ত with grief in her eyes. "Don't forget we still have Bark." Shine said. I sighed. "Let's do it." I tell them and they nodded as we heard a voice. "Shadow, Shine, Spot, come forward." Lightning was waiting on the Fang rock. We all looked at eachother one আরো time then put our heads high and we padded out of the bushes. Lightning was looking proud, and...
continue reading...
Shadow,chapter 4,White demon
posted by lovejr08 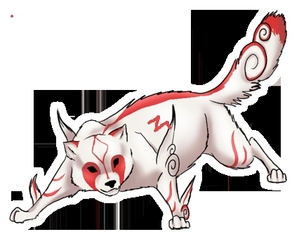 White demon
It had been 5 moons since the battle with Death and Shadow was a warior now.He had gotted আরো atached to Kimiko over the moons that have passed and has met some suprising enimies but,the most suprising he herd of today.
******************************************
"White demon?"Shadow asked inpatently."Yes the white demon,Shadow.I fought him before আপনি were born.Wolves have been seing him around now."Neraku said."Hmmmm...I've heard legends about him.They say he is master of evil.Right master Neraku?"Kimiko sat down."Yes Kimiko.That নকুলের সাহায্যে শিকার করা is not the wimp he looks like."Neraku replied."Wait,wait,wait!Did আপনি say Ferrit?!"Shadow said."Yes a Ferrit."Neraku ব্যক্ত back."Greaat."Shadow ব্যক্ত as he walked out."Neraku were going to head out."Kimiko ব্যক্ত Embarassed."Ok...Good luck!"Neraku called to them.
The horror
posted by brownstar
"No father!!" Spot screamed and rushed over to আগুন while i stayed frozen. Shine came to my side. "He's not dead is he?" He whimpered in my ear. "He is Shine, he saved me." I managed to say. Shine looked at me sadly before going to him and i heard the voice of my mentor Lightning. "Leave Jewl, this has gone too far." Jewl bowed her head and flciked her tail before leading her pack out. I growled and held myself back from attacking the নেকড়ে who killed him. I could see him now, his eyes gleaming with happiness. As i stepped অগ্রবর্তী i felt a pelt brush against mine and i heard the pack leader's...
continue reading...
The pain
posted by brownstar 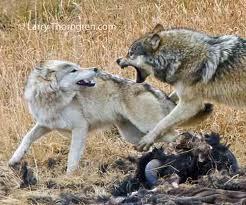 Shadow(me) fighting with another wolf
I jerked up from my chat with Shine and Spot as Lightning's howl came into the den. I raced out with my brother and sister দ্বারা my side and my eyes widen. A pack had attacked us, and we had to drive it away. I let out a growl and jumped at the nearest invader. He turned on me and showed his teeth as i bit into his shoulder. With a snarl he shoved me off and i jumped back to my feet as he charged at me. I fell to the ground and he stood over me, ready to bite out my throat. I closed my eyes, ready for pain, but i heard his howl and he got off me. I got to my paws at see my mother Bark. She shoved...
continue reading...
You Might Also Like... 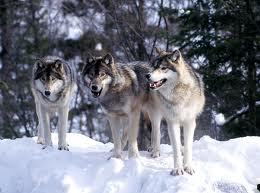 Shadow(me) getting ready to hunt with Lightning and the others
I looked up from sleeping as i heard the pack leader's voice from outside. "Come on Shadow, আপনি can't sleep all day!" I got up and called back. "I'm coming Lightning!" It's been two moons since me, Spot, and Shine were made into নেকড়ে in training. Their mentors were hard on them, but they kept saying i was lucky. Lightning would always try to go easy on me, but gets mad when i don't listen. I now ran out to meet Lightning. "What are we doing today?" I asked excitedly. He nodded at two নেকড়ে waiting at the camp entrance. "We are going on a hunting party to see how well আপনি can do." He explained....
continue reading...
2
Shadow,chapter 2,A night in the forest
posted by lovejr08 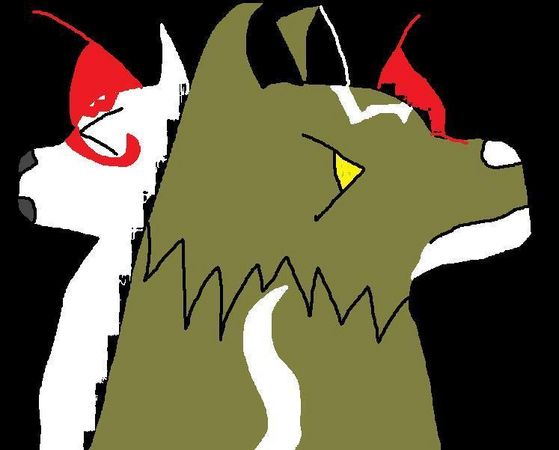 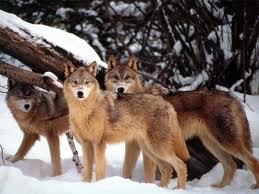 The three of us, Shine, Spot, and Shadow(me)
My eyes were still wide with surprise as Lightning leaped down from the stone rock. "Lost your voice Shadow?" He asked with his eyes full of laughter at my expression. I shake my head. "No, just surprised." I mumbled quietly. He snorted and raised his voice. "This meeting is over, Gale get a hunting party out." Gale and every one else nodded and i watched Lightning walk away to his den. "Hey Shadow!" Shine and Spot rushed over to me with their eyes wide with happiness. "Your so lucky!" Spot complained. "How did আপনি get the pack leader as a mentor?" I shook my head. "I don't know, why are you...
continue reading...
The destined one.
posted by brownstar 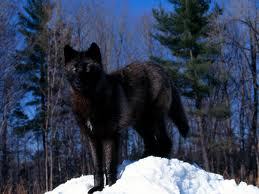 Lightning making us wolves in training.
I looked as something landed on me. Withering, i shoved the weight away. "ow!" Spot, my sister, yelped. "Sorry Spot." I ব্যক্ত as i get up and blink. I was a pup of fangclan, with my brother Shine and my sister Spot. We were waiting for the pack leader to come out so we could be made into নেকড়ে in training. Lightning was the pack leader of fangclan, with his beta Gale. "Calm down আপনি two." Ordered Fire, which was our father. Bark, our mother, was talking with other নেকড়ে that were expecting অথবা nursing pups. Shine looked up at our father. "How can we be calm?" he asked. "We are going to become...
continue reading...
2
Shadow,chapter 1,Full নেকড়ে
posted by lovejr08 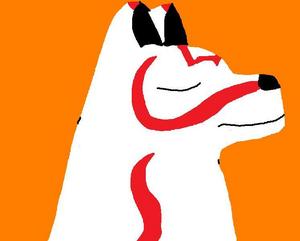 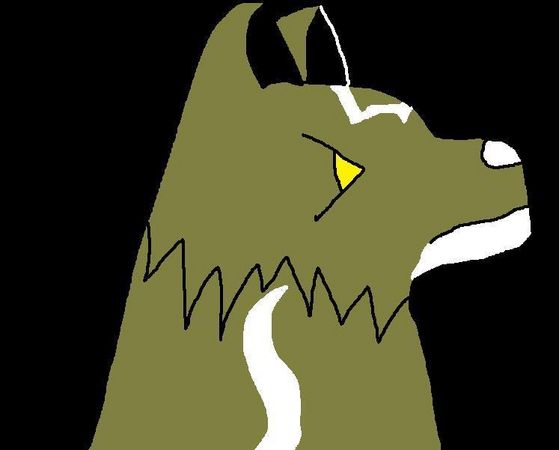 Shadow
The begining (playing as my father, mother, and the leader of the pack, lightning.
posted by brownstar 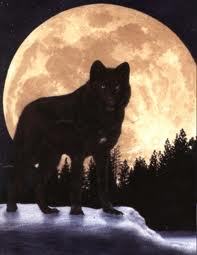 Lightning, the pack leader of fangclan.
It was a dark leaf-bare, snow covered the hard rock ground. A large dark brown নেকড়ে waited outside a den, pacing quickly in front of it. "Calm yourself Fire, Bark is a strong wolf, she will be fine." A black নেকড়ে walked up to fire, stopping his pacing. "But Lightning, it's been 6 hours, shouldn't she be done দ্বারা now?" আগুন whimpered, casting another glance at the গর্ত as a howl of pain came. "Just be patient, giving birth to four pups is hard and long, all we male নেকড়ে can do is wait and see." Lighting spoke low, trying to assure him. "But-" আগুন broke off on what he was going to say when...
continue reading...
Shadow Prolouge
posted by lovejr08 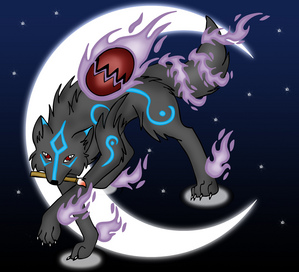 Neraku
আগুন burned from an oak near by.A black নেকড়ে stood,growling at a small white ferrit."You have done well.Beter than usual,Neraku."the ferrit stood up and talked to blankly to the wolf."Also well.Let me ask আপনি somthing.How do আপনি know my name?"Neraku ব্যক্ত hunched close to the ground.He new the battle was almost over.He had pleged to protect the chosen one and his pack and could not give up now."Luck guess."said the ferrit as it rushed at Neraku."this is my last chance!"Neraku raced at him and the final blow was taken.From there on the ferrit was locked away. 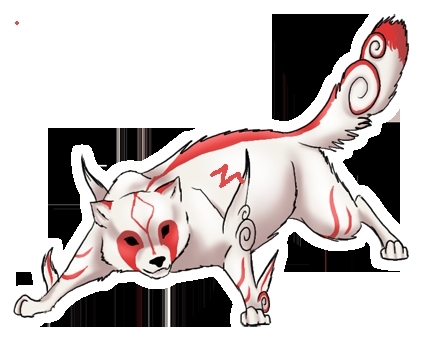 The ferrit
3
A dream from our নেকড়ে ancestors
posted by brownstar
I dreamed that i was in a clearing, looking for shard, the traitor that tried to kill us. and i saw something behind me. It was blood red eyes, and when i looked, i thought the নেকড়ে looked familier. Her snow white কোট blend in with the snow, and her red eyes glowed with evilness. I ran from it, trying to get away, then i heard a voice. "shards of claws with kill the shadows, but needs help from blood red eyes, don't let them destroy your clan" then i woke up, shaking. *but who is shrd of claws, and blood red eyes*

Shadow charicters
added by lovejr08
I made this for a online book im gonna make on Fangclan!
video
shadow

Star,Night,and Gale's loses
added by Evestar03
Since we just came here.These are our losses.The cat that is greyish black with a তারকা is Night.The other grey one is our mother moon(not the best of her).The yellow one is our forgoten friend Misa.
video
More Cards
1234567891011