Parvati Longs To Marry Shiva
posted by medouri
One day, when Parvati was only eight years old, her father, Himavan, took her to see Lord Shiva. From birth, Parvati had always been very spiritual. She always wanted to know about God, so she was thrilled to see Lord Shiva. But Lord Shiva was in a meditative consciousness and he did not pay any attention to the little girl.

After that first encounter, Parvati used to come every দিন to see Lord Shiva. She would offer him fresh flowers, hoping that one দিন he would open his eyes and speak to her. In the back of her mind, she had formed the idea that this was the man she wanted to marry.

The days became years and Parvati grew into a beautiful young woman. Still Shiva remained absorbed in his eternal trance. How could anybody disturb Shiva’s trance? Once he enters into trance, he enjoys the highest and deepest bliss. So why should he come back?

One day, Parvati confided to her father, “I really want to marry Lord Shiva. He is meditating and meditating. How I wish that I could also meditate like him!”

Himavan was very sad that Shiva was not paying any attention to his beautiful daughter, who was so spiritual in every way. He decided to play a trick on Shiva: he invoked the god of প্রণয় to disturb Shiva’s meditation. The name of this particular god was Madana. Madana had a bow and some arrows that were made of flowers. He used to shoot these arrows at his victims and then they would be filled with feelings of emotional love.

At Himavan’s request, Madana aimed his arrows at Lord Shiva and the arrows fell as ফুলেরডালি at Shiva’s feet. Suddenly, Shiva opened his third eye and caught sight of the god of প্রণয় standing with his bow in his hands. Shiva immediately burned this unfortunate god to ashes because he had disturbed Shiva’s meditation.

Meanwhile, Parvati was standing nearby with a most beautiful garland in her hands, but Lord Shiva did not pay any attention to her. It was as if she did not even exist. He simply closed his eyes again and went into trance.

Parvati’s parents had witnessed the whole scene and they were furious with Lord Shiva. They felt that he had insulted their dearest daughter. “You cannot marry him, Parvati,” they said. “This Shiva has been insulting আপনি for so many years now. আপনি must not waste your time on him any longer.”

But Parvati would not budge. “I am going to stay here,” she declared. “From now on, I shall eat only leaves, wet leaves.” With heavy hearts, Parvati’s parents returned প্রথমপাতা without their daughter.

For several years, Parvati stayed near Shiva, eating only wet leaves. Then she started eating only dry leaves. After a few আরো years, she gave up eating leaves altogether. When she gave up eating leaves, her name became Aparna, which means ‘one who does not eat even a leaf.’ Parvati became the goddess Aparna at that time because of her extreme tapasya, অথবা spiritual discipline.

As time passed, Parvati went one step further. She stopped drinking water. She was living on nothing but air. Himavan saw that his daughter was becoming very weak. He knew that it was only a matter of time before she would die. So Himavan went to Lord Shiva and said, “Can আপনি not see what আপনি are doing to my daughter? All her life, she has wanted only one thing, and that is to marry you. But আপনি have never even looked at her. If আপনি are determined not to marry her, at least look at her. Otherwise, she will surely die.”

Shiva condescended to look at Parvati, but to himself he said, “Let me test her one last time before I marry her.” Poor Parvati had endured so many tests and still Shiva wanted to test her প্রণয় and devotion. He took the form of an ordinary man and approached her. “You are such a beautiful girl,” he said. “Why are আপনি wasting your time here? I have heard that আপনি want to marry Shiva, but what kind of man is he? He spends all his time in the cremation ground in the company of his ghost-friends. The garland around his neck is made of skulls. How can আপনি marry someone as frightening as Shiva? Forget about him! Marry a normal man, like me.”

Parvati’s eyes burned. “What আপনি are saying is untrue. Go away from here and leave me alone! I know who Shiva is. Do not throw your doubts and suspicions into me. I will never marry you, never! I will marry only my Lord Shiva. If আপনি do not leave me alone this instant, I shall curse you!”

At that moment, Shiva assumed his true form once more. Parvati was so moved and overwhelmed to see him standing before her. Shiva ব্যক্ত to her, “Any boon that আপনি want, I shall give you.”

“You do not know দ্বারা this time what boon I want?” asked Parvati. “I want only to marry you.”

After Shiva and Parvati were married, Parvati came to know that she had been Shiva’s wife in her পূর্ববর্তি incarnation. Her name then was Sati and she immolated herself because her father, Daksha, insulted Shiva. But that is another story!
Krishna’s Son Abduct The Kaurava Princess
posted by medouri
This is a story about the irony of fate. When Duryodhana’s daughter, Laksmana, came of age, she wanted to choose a husband. According to the custom of those days, when it was time for a princess to marry, her father would hold a special ceremony called a swayamvara. All the neighbouring princes would be invited and the princess would place a garland around the neck of the one whom she wished to marry.

So Duryodhana held a swayamvara for his dearest daughter and many princes came from the royal families of other kingdoms. Each prince expected that she would choose him to be her husband.

Krishna’s...
continue reading...
1
8 prayers glorifying Lord Shiva (English)
posted by medouri
I repeatedly offer my obeisances unto you, the controller of the thirty primal demigods; unto you, the original father of all created beings; unto you, whose character is gracious; unto you, whose head is crested দ্বারা the sickle moon arisen from the waves of the Ganga and unto you, who are a festival for the eyes of the fair goddess Gauri

I offer my obeisances unto you, who are dressed in garments resembling molten gold, the moon, blue lotuses, coral, and dark rain clouds; unto you, who bestow the most desirable boons on your devotees দ্বারা means of your delightful dancing; unto you, who are the...
continue reading...
1
Lord Shiva's relationship to Vishna
posted by medouri
During the Vedic period, both Vishnu and Shiva (as identified with Rudra) played relatively minor roles, but দ্বারা the time of the Brahmanas (c. 1000-700 BC), both were gaining ascendance.[193] দ্বারা the Puranic period, both deities had major sects that competed with one another for devotees.[194] Many stories developed প্রদর্শিত হচ্ছে different types of relationships between these two important deities.

Sectarian groups each presented their own preferred deity as supreme. Vishnu in his myths "becomes" Shiva.[195] The Vishnu Purana (4th c. AD) shows Vishnu awakening and becoming both Brahmā to create the...
continue reading... 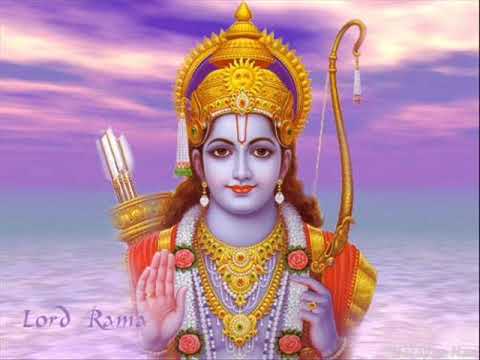 2
episode 15
added by medouri
video
1
Diwali
posted by tyranitarfan
Diwali is known as the festival of lights. It falls exactly 20 days after Vijay Dashmi. We light lamps called diyas to illuminate the dark. It is known that Lord Ram came back to Ayodhya with Ma Sita and Lord Lakshman. It was dark and that's why people lit their ways with diyas. Hence this দিন is দিন is known as Deepawali.

This দিন we worship Ma Lakshmi for wealth, Lord Ganesh for intellect and Ma Saraswati for knowledge. Children get new clothes and gifts. Everyone is happy on Diwali.

But we should be careful on this দিন as thieves roam the streets.

On Diwali our homes should be spotless, bright, there should be no trash and on Dhanteras, which lands 2 days before Diwali we should buy something precious like gold, silver, etc that we can afford. Only then will Lakshmi enter our house.

Shubh Deepawali!
1
Who Is The Owner: The Life-Saver অথবা The Life-Taker? (act I, Scene I)
posted by medouri
(Prince Siddhartha is walking in the garden in a contemplative mood. All of a sudden a bird falls down in front of him.)

SIDDHARTHA: Ah, poor bird! My হৃদয় is bleeding for you. Who has done this? Who has hurt you? Who has aimed this অনুষ্ঠান- অ্যারো at you? Poor, innocent bird! Let me take the অনুষ্ঠান- অ্যারো out of your body. (He removes the arrow.) Now let me try to cure you.

DEVADATTA: Siddhartha, this is my bird. What right have আপনি to keep my bird? Give it to me!

SIDDHARTHA: No, this is my bird, Devadatta.

DEVADATTA: Your bird! I shot this bird. It belongs to me. This is my arrow. I aimed at...
continue reading...
The Pride Of Brahma
posted by medouri
This is a story about the pride of Brahma, our Creator. One day, Brahma was meditating. In his meditation he had gone higher than the highest, deeper than the deepest. He was in ecstasy. Brahma ব্যক্ত to himself, “How I wish I could spend all my time in this sublime meditation!”

Suddenly, there appeared in front of him the most beautiful nymph, অথবা apsara. Her name was Mohini. She ব্যক্ত to Brahma, “I want to marry you.”

Brahma got furious. “I was in such ecstasy, such bliss, and আপনি have to come here and charm me! Never! Do not come near me. Leave me alone!”