7
Harry and Hermione - Why I ship them
posted by iceprincess7492
I decided to use the word ‘relationship’ for this pair because its the best term to describe them and “charged moments” just the two of them, something special which Harry and Ron do not share nor do Hermione and Ron, its these moments which make Harry & Hermione a relationship that is worthy of its nickname which the fandom has প্রদত্ত to them - Harmony.

While there may be a lot of people পাঠ করা this প্রবন্ধ who could have different choices, mine is my own opinion and choice and পছন্দ so the best thing to do is respect our individual differences if they exist. To me, Harry & Hermione, was a wonderful opportunity and although I could তালিকা all the reasons and explanations and hints অথবা clues which support my theory, the best thing I will do is mention some of my পছন্দ canonical moments that the two of them shared in the বই and/or the movies. At the end of the day, আপনি couldn’t find a better example of a strong, loyal and deep rooted friendship between any other characters. It wasn’t only because of their similar backgrounds অথবা being on equal levels of intelligence, there’s trust and faith and hope that Harry and Hermione have for each other and they have shared some moments together, just দ্বারা themselves which is special.

Hermione: "Me? বই and cleverness. There are আরো important things - friendship and bravery.”

2. When Harry’s broomstick is being sabotaged, Hermione goes over to the teachers stands and uses her magic to distract Snape.

1. When Hermione is petrified দ্বারা the Basilisk and remains in the hospital wing, “Harry’s insides did a horrible somersault,” and just before he notices the crumpled paper about the Basilisk, in the movie Harry is visiting and was holding her hand.

2. Hermione wakes up at the end of the movie and during the feast she enters the Great Hall and runs over to the Gryffindor টেবিল and hugs Harry.

1. Everything from the moment Harry and Hermione use the Time Turner to go back and save Buckbeak in order to rescue Sirius in both the book and the movie.

2. Hermione standing in front of Harry to protect him from Sirius.

1. Hermione was the only person who believed that Harry did not put his name inside the Goblet of আগুন and she stayed দ্বারা his side.

2. Before the First Task Hermione sneaks inside the Champions Tent and hugs Harry.

3. Harry’s reaction when he sees Hermione enter the Yule Ball in both the book and the movie.

4. During the সেকেন্ড Task, when Harry rescues Ron from the bottom of the Great Lake he tries to take Hermione as well because, “She’s my friend too!”

5. At the end of the book when they reach Kings ক্রুশ Station, Hermione kisses Harry on the cheek before they leave for their respective homes.

Order of the Phoenix:

1. Harry cuts his তারিখ short with Cho to meet with Hermione (and Rita Skeeter)

2. Hermione thought that Harry was going to be chosen as Prefect along with her.

4. It was Hermione’s idea to form Dumbledore’s Army and have Harry lead all of them.

5. Only after Hermione says Voldemort’s name out loud does Harry start to calm down after his hyper outburst.

6. At the Department of Mysteries when Dolohov attacks Hermione, Harry felt like fainting when he saw her fall.

1. Harry is the one to go after Hermione first when she runs off to a secluded place and conjures up the magic birds.

2. After realizing that Hermione really did use the Confundus Charm on Cormac McLaggen at Keeper Tryouts, he doesn’t say a word about it and keeps the news to himself.

3. Hermione spends the entire part of Slughorn’s বড়দিন Party hiding from Cormac McLaggen and asking Harry to help her and if I’m not mistaken Harry ends up spending আরো time with her than with his 'date’ Luna.

1. Hermione stays behind with Harry even after Ron leaves them in the middle of their Horcrux খুঁজুন quest.

2. Harry tries to cheer Hermione up দ্বারা dancing with her. (Movie)

3. Harry and Hermione visit Godric’s Hollow together on বড়দিন and stop দ্বারা the graveyard where his parents are buried where she conjures up a wreath without Harry asking her.

5. Hermione was the first one to realize that Harry was the last Horcrux.

The best way to end this is to quote the creator herself, J.K Rowling who ব্যক্ত - “It could have gone that way.”
xharmonystx, LeoRising and 5 others like this
KarkaxD I think so as you. This steam is simply obvious <3 It is unpleasant, that Rowling didn't notice it earlier :(
Pensieve_Seeker http://gingerahoy.tumblr.com/post/33711028479/harry-potter-is-symmetrical Jo wouldn't have been able to have done this without meticulous planning ahead of time. Philosopher's Stone (book) - She followed Ron through the portrait hole, hissing at them [Ron and Harry] like an angry goose. (pg 155) Harry thinks Hermione sounds like an angry goose. Chamber of Secrets (book) - Her spirits were greatly improved by the fact that all the hair had gone from her face and her eyes were turning slowly back to brown. (pp 227-228) Harry had been around Hermione for well over a year. This is the first time any mention is made of the color of her eyes. He didn't describe them as "a lovely shade of brown" or "rich brown" or "chocolate brown". To him, her eyes are just brown. Compare this to the first time he sees Ginny up close: On the third landing, a door stood ajar. Harry just caught sight of a pair of bright brown eyes staring at him before it closed with a snap. (pg 40) So let's recap: First time Harry sees Hermione's face up close is 1 Sept 1991 on the Hogwarts Express. No mention of any thoughts Harry had regarding the color of her eyes the first time he sees her. It isn't until February 1993, 17 months later, that Harry notices and he sees her eyes as brown. First time Harry sees Ginny's face up close is August 1992 and he immediately sees her eyes as being bright brown. BTW... Just because she said that "It could have gone that way" doesn't mean that she meant it should have gone that way.
nmdis Well they indeed did shared something which is beautiful. I agree to the most of the points. @Pensieve_Seeker: Well you know the difference between "love" and "attraction"? Maybe he didn't felt the "feeling" for Hermoine in their first counter but I think that people fall in love when they like other person's trait not just face or body. Later. what the pair shared among them is undeniable. And JK Rowling wrote it down, how can she not mean what she says? Anyways it's personal opinion as iceprincess7492 said in the beginning. 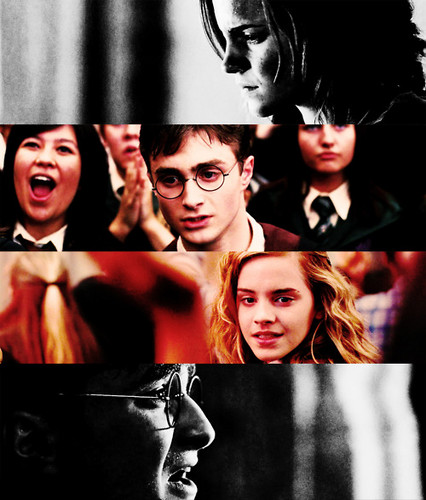 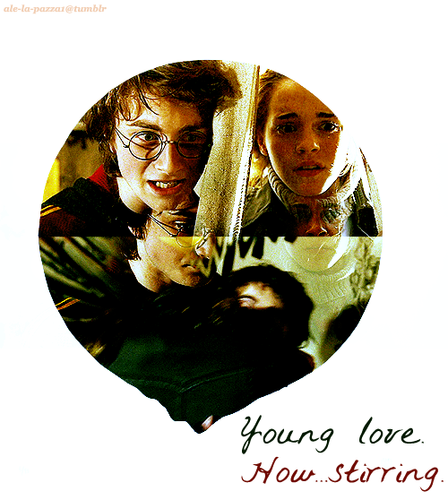 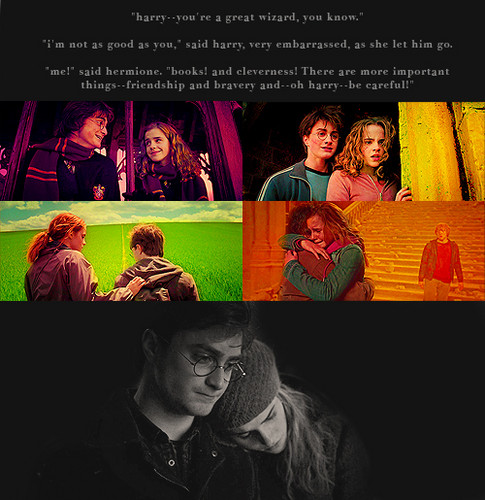 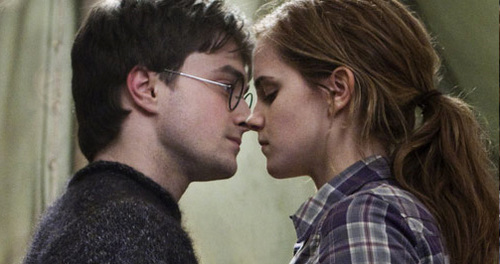 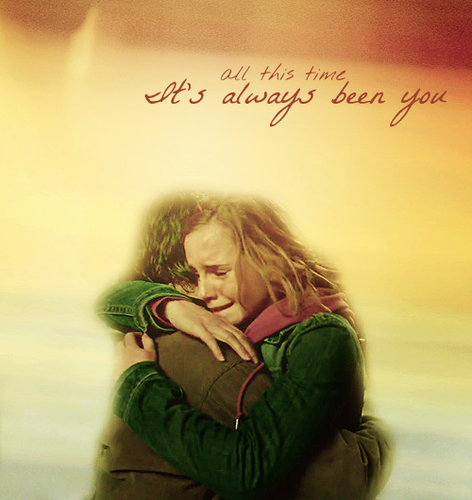 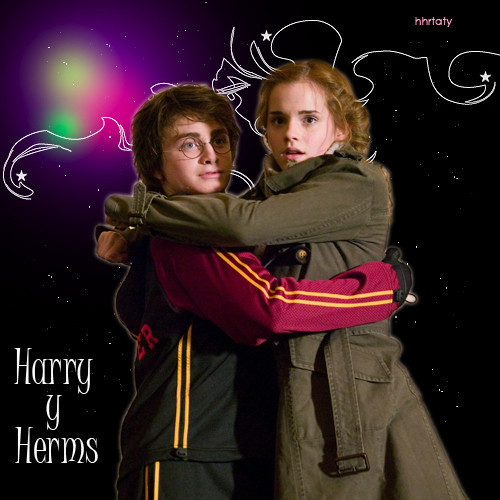 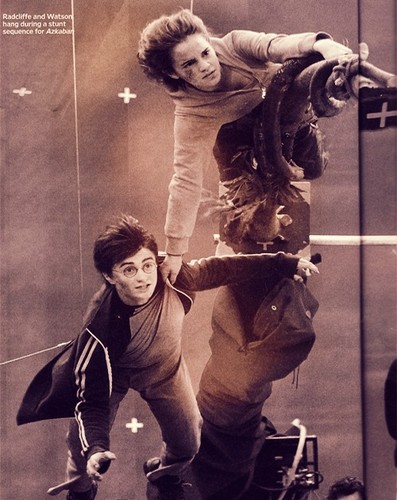 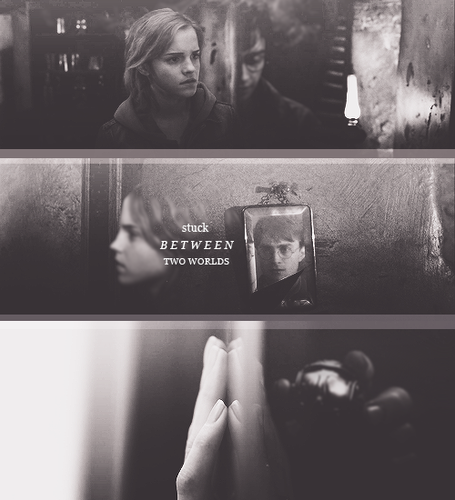 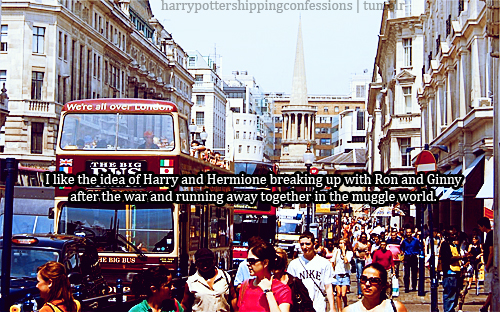 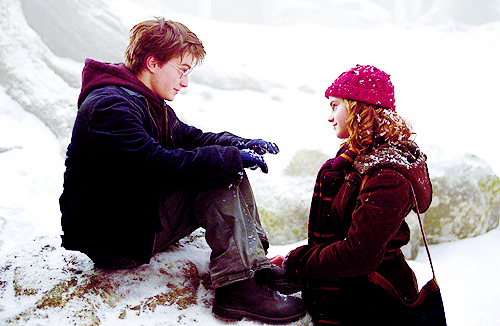 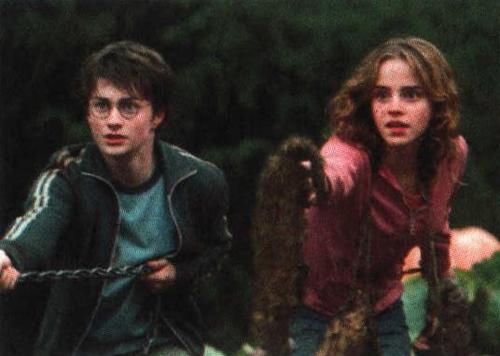 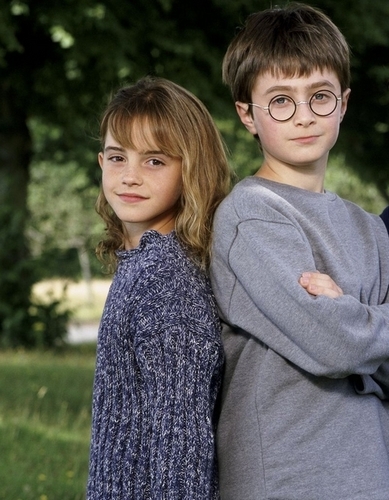 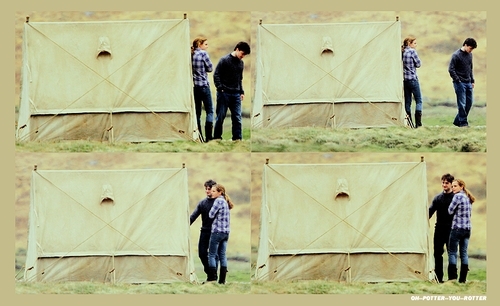 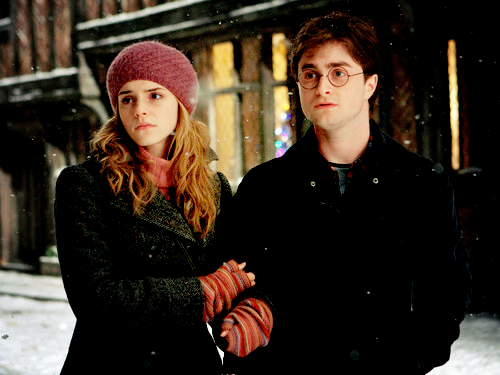 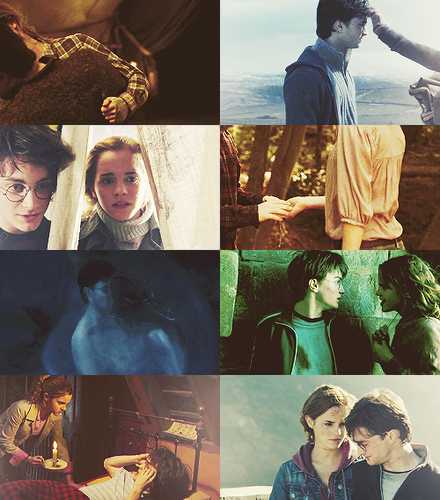 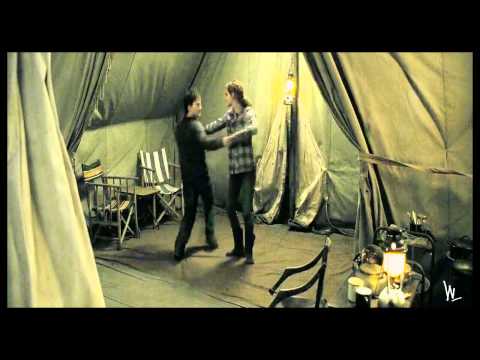 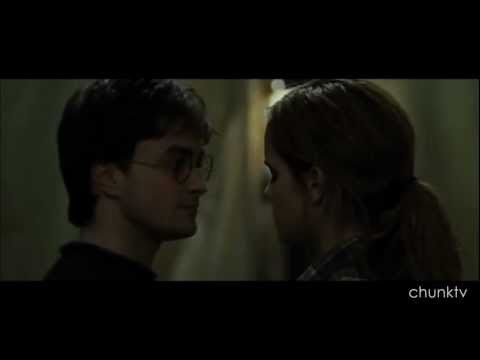 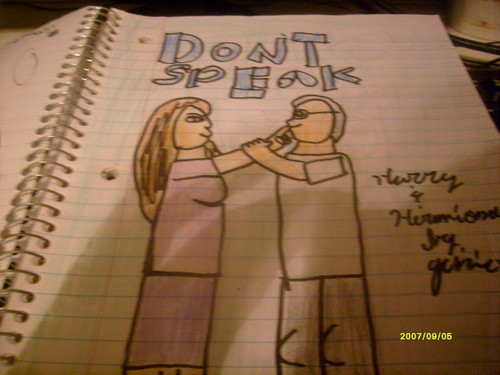