বছরখানেক আগে harrypotterbest said…
yes, i know, she has 3 houses


The shower was cold but it woke her up so she sung loudly and with gusto, not caring who could hear her.

We don't need any money
I always get in for free
You can get in too
If you get in with me.”

She threw her head back and laughed out load and the memory of last night and the implications of the song hit her. When a grumpy voice banged on the door for the fourth time she sighed and switched off the water. In the habit of doing things the muggle way she rapped a towel around herself and open the door rather than apart the few meters to her bedroom. She was greeted with the site of Ron Weasley, fist raised as though to hit the door again. Behind him, Ginny and Hermione talking, not in the least bit interest in what was going on and behind them Fred and George Weasley, who were frozen in mind conversation, both sating at her. All five where in the pyjamas and looked very sleepy.
“Morning.” She said brightly, to which the girls coursed a reply.
“Morning.” Snapped Ron before pushing past to use the bathroom.
She grinned at the twins before walking past and into her bedroom. Unbeknownst to Cassandra George had stretched out his hand in a parody of longing, only to have Fred slap it away. Ginny’s giggles seemed to revive him.

বছরখানেক আগে RavenclawPride said…
Yeah, see, she donated tons to charity, and still had enough money to buy things like that.

বছরখানেক আগে harrypotterbest said…
pride, what do you mean by:
OMJESUS
I thought it had to be in the book. If not, then it's definitely Jo. ???

বছরখানেক আগে boolander25 said…
She thought that the Muggle was in HP the book, so she didn't know it was a real life person.

that's one prop i'm not winning :)

take me out tonight from Rent... googled it :)

বছরখানেক আগে RavenclawPride said…
I was about to Google it. I don't care if it's cheating, that's just a Slytherclaw trait.

বছরখানেক আগে harrypotterbest said…
Harry and his friend entered the hotel in high spirits. Hermione, Ron, and Ginny were already there, and one look told them they had been very worried. Ginny glanced at Harry’s wide smile and the newcomer, and said, very icily, “Who is she?” to Harry.
Harry grinned even wider, and J K smiled. “This, Ginny, is the one and only J K Rowling!” He saw their looks of astonishment. “You know,” he added, “she wrote our books!”
“Oh,” said Ginny, sounding rather relieved. Ron laughed.
Hermione looked surprised, but knowing as to why he had brought J K.
“And why did you bring J K?” asked Ginny. “Not that I have any objection-”
“Yeah right,” muttered Ron. Ginny ignored him, though her cheeks turned pink.
Harry also ignored Ron’s last comment, and said to Ginny “If Meyer challenges us to a duel; we need J K to help us plan our moves.”
J K smiled warmly at them all. “Please call me Joanne,” she said. “Or Jo, whichever you prefer.” She smiled again, and concluded with “You don’t need me to ‘plan’ your moves; you can battle very well by your selves. Harry here -” she threw an annoyed glance at Harry, who grinned, “convinced me to come saying I would get a chance to meet wizards, and Stephanie.”
“So let’s go,” said Ron, impatient as ever. They walked down the street to Meyer’s house, knowing which one it was because of their magic powers. The walk was short, and the friends entertained each other by telling amusing stories – though on the wizards’ side it was useless, as J K already knew everything.
Finally reaching Meyer’s house, the wizards stopped. J K felt nervous, even if she was with the four best wizards of the time.
Harry smiled when he saw J K’s expression. “Hey, Joanne,” he said, to calm everyone, “YOU are the one who said ‘Love conquers all!”
The wizards and one Muggle laughed. Feeling more confident, Ron said, “Blimey. It’s easier to defeat Voldemort than to knock on a door.” Everyone laughed again, much harder this time. Indeed, Harry felt his sides aching from laughter.
Now at last knocking on the door, it was opened by Meyer a second later.

বছরখানেক আগে LoveDraco123 said…
>.< I love both of your fanfictions, moo and best. Why can't I write like that?

I was about to Google the song too, but then I saw that best had already got it. So... whatever. xD

বছরখানেক আগে LoveDraco123 said…
Best, I actually wondered why she was jealous. Isn't Jo much older than Harry? *Thinks* But it was cool. Very natural. :D

yeah, i no, but she's very good-looking, and Harry got her when no one knew, so it would be Natural :)

বছরখানেক আগে harrypotterbest said…
or... i could take a leaf out of Meyer's book and say:
"you're reading too much into it!"

বছরখানেক আগে boolander25 said…
LOL A bit of an author fail there.

He, I decided that for those of you that aren't my Facebook friend, I'll be posting pictures of my trop to WWoHP on here :)
I'mma copy and paste them from Facebook.

Yay! Thanks! I don't have a FB, so that works. way to be considerate of the dorky losers like myself.

I'm gonna take pictures of butterbeer. And hand them out to people here. Because you guys are totally awesome :)

LoveDraco: I havent read all the other pgs. I'm too lazy. But i read you question. WELL I guess you'll have to wait. HERE watch this: I KNOW I'VE POSTED IT 3 TIMES ALREADY, PLEASE DON'T KILL ME!!! I AM TRYING TO WARE THIS " MOOSE" PHASE OFF. ( Thats what i tried to do with HP...u can see the big results i got..)

বছরখানেক আগে boolander25 said…
I have posted pictures of me, even though it may not be the best picture..

Don't post pics of yourself online unless it's FB.

I sound like a mom. My friends tell me that all the time. I guess I was just raised that way. :)

বছরখানেক আগে TheQuibbler said…
I had a dream last night that I went to WWoHP.... I was actually disappointed when my mom woke me up to give me $20 XD

বছরখানেক আগে lemony44 said…
Hello! I was actually kidding Emily, I'd never post pics of myself. I trust you ppl and all, but there's a gazzillion(sp) ppl out there. I actually did once, but then I deleted it...:)

বছরখানেক আগে lemony44 said…
Me: I put this one cuz you cant really see me... 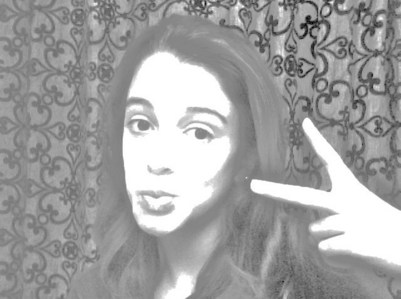 বছরখানেক আগে potterrox said…
Lemon, I like your picture! Props to anyone to can guess what song these lyrics are from. Including artist

Friday nights are always the same in this town.
I'm looking up, but I'm feeling kind of down.
So I'll light this cigarette and smoke the night away,
And I'll hope that saturday will be the day
When everything feels okay.

it's totally not hp related, but it's my current favorite :)

বছরখানেক আগে RavenclawPride said…
I don't know that song :P
And don't worry, I wont be posting any pictures without blacking out the faces first :D

বছরখানেক আগে potterrox said…
YAAYYYYYYYYY!!! best, you get a prop, unless *evil music* you googled it. then i would be very upset with you.

বছরখানেক আগে harrypotterbest said…
nighty night, everyone. We Brits like to head of to bed early. *sniggers*

বছরখানেক আগে potterrox said…
no props for you! *is very upset momentarily*

best & moo - I pretty much love you. Ooh! That rhymed! xD
anyone here?
Previous
Something to say? Sign in with one of these options:
Log in to Fanpop! Not yet registered? Create a new Fanpop account!