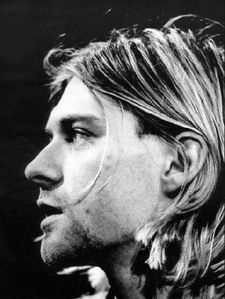 Kurt Donald Cobain was born on February 20, 1967, at Grays Harbor Hospital in Aberdeen, Washington,[7] to a waitress, Wendy Elizabeth (née Fradenburg),[8] and an automotive mechanic, Donald Leland Cobain. His ancestry included Irish, English, Scottish, and German.[9][10][11] Cobain's Irish ancestors migrated from County Tyrone of Northern Ireland in 1875.[11] Researchers have found them to have been shoemakers, originally named Cobane, who came from the village of Inishatieve near Pomeroy, settling in Cornwall, Ontario, Canada, and then in Washington.[12] Cobain had one younger sister named Kimberly, born in 1970

Courtney প্রণয় met Cobain on January 12, 1990, in Portland's Satyricon nightclub,[69] when they both still led ardent underground rock bands.[70] প্রণয় made advances, but Cobain was evasive. Early in their interactions, Cobain broke off dates and ignored Love’s advances because he was unsure he wanted a relationship. Cobain noted, "I was determined to be a bachelor for a few months [...] But I knew that I liked Courtney so much right away that it was a really hard struggle to stay away from her for so many months."[71] Courtney প্রণয় first saw Cobain perform in 1989 at a প্রদর্শনী in Portland, Oregon; they talked briefly after the প্রদর্শনী and প্রণয় developed a crush on him.[72]

Cobain was already aware of প্রণয় through her role in the 1987 film Straight to Hell. According to journalist Everett True, the pair were formally introduced at an L7 and Butthole Surfers সঙ্গীতানুষ্ঠান in Los Angeles in May 1991.[73] In the weeks that followed, after learning from Dave Grohl that Cobain shared mutual interests with her, প্রণয় began pursuing Cobain. In late 1991 the two were often together and bonded through drug use.[74]

Around the time of Nirvana's 1992 performance on Saturday Night Live, প্রণয় discovered that she was pregnant with Cobain's child. On February 24, 1992, a few days after the conclusion of Nirvana's Pacific Rim tour, Cobain and প্রণয় were married on Waikiki সৈকত in Hawaii. প্রণয় wore a satin and জরি dress once owned দ্বারা the actress Frances Farmer, and Cobain wore green pajamas, because he had been "too lazy to put on a tux". In an interview with The Guardian, প্রণয় revealed the opposition to their marriage from various people: "Kim Gordon [of Sonic Youth] sits me down and says, 'If আপনি marry him your life is not going to happen, it will destroy your life.' But I said, 'Whatever! I প্রণয় him, and I want to be with him!'... It wasn't his fault. He wasn't trying to do that."

On August 18, 1992, the couple's daughter Frances শিম Cobain was born.

In a 1992 প্রবন্ধ in Vanity Fair, প্রণয় admitted to using heroin while unknowingly pregnant. প্রণয় claimed that Vanity Fair had misquoted her,[75] but the event created a media controversy for the couple. While Cobain and Love's romance had always been a media attraction, they found themselves hounded দ্বারা tabloid reporters after the প্রবন্ধ was published, many wanting to know if Frances was addicted to drugs at birth. The Los Angeles County Department of Children's Services took the Cobains to court, claiming that the couple's drug usage made them unfit parents.[76] Two-week-old Frances was ordered দ্বারা the judge to be taken from their custody and placed with Courtney's sister Jamie for several weeks, after which the couple obtained custody in an exchange agreement to জমা করুন to urine tests and regular visits from a social worker. After months of legal wrangling, the couple were eventually granted full custody of their daughter.


Following a tour stop at Terminal Eins in Munich, Germany, on March 1, 1994, Cobain was diagnosed with bronchitis and severe laryngitis. He flew to Rome the পরবর্তি দিন for medical treatment, and was joined there দ্বারা his wife, Courtney Love, on March 3, 1994. The পরবর্তি morning, প্রণয় awoke to find that Cobain had overdosed on a combination of champagne and Rohypnol. Cobain was immediately rushed to the hospital, and spent the rest of the দিন unconscious. After five days in the hospital, Cobain was released and returned to Seattle.[8] প্রণয় later stated that the incident was Cobain's first suicide attempt.[85]

On March 18, 1994, প্রণয় phoned Seattle police informing them that Cobain was suicidal and had locked himself in a room with a gun. Police arrived and confiscated several বন্দুক and a bottle of pills from Cobain, who insisted that he was not suicidal and had locked himself in the room to hide from Love. When questioned দ্বারা police, প্রণয় ব্যক্ত that Cobain had never mentioned that he was suicidal and that she had not seen him with a gun.[86]

প্রণয় arranged an intervention regarding Cobain's drug use on March 25, 1994. The ten people involved included musician friends, record company executives, and one of Cobain's closest friends, Dylan Carlson. The intervention was initially unsuccessful, with an angry Cobain insulting and heaping scorn on its participants and eventually locking himself in the upstairs bedroom. However, দ্বারা the end of the day, Cobain had agreed to undergo a detox program.[87] Cobain arrived at the Exodus Recovery Center in Los Angeles, California on March 30, 1994. The staff at the facility were unaware of Cobain's history of depression and prior attempts at suicide. When visited দ্বারা friends, there was no indication to them that Cobain was in any negative অথবা suicidal state of mind. He spent the দিন talking to counselors about his drug abuse and personal problems, happily playing with his daughter Frances. These interactions were the last time Cobain saw his daughter. The following night, Cobain walked outside to have a cigarette, and climbed over a six-foot-high fence to leave the facility (which he had joked earlier in the দিন would be a stupid feat to attempt). He took a taxi to Los Angeles Airport and flew back to Seattle. On the flight, he sat পরবর্তি to Duff McKagan of বন্দুক N' Roses. Despite Cobain's own personal animosity towards বন্দুক N' ফুলেরসাজি and specifically Axl Rose, Cobain "seemed happy" to see McKagan. McKagan later stated he knew from "all of my instincts that something was wrong."[88] On April 2 and April 3, 1994, Cobain was spotted in various locations around Seattle, although most of his close বন্ধু and family were unaware of his whereabouts. He was not seen on April 4, 1994. On April 3, 1994, প্রণয় contacted a private investigator, Tom Grant, and hired him to find Cobain. On April 7, 1994, amid rumors of নির্ভানা breaking up, the band pulled out of that year's Lollapalooza সঙ্গীত festival.

On April 8, 1994, Cobain's body was discovered at his Lake Washington প্রথমপাতা দ্বারা an electrician who had arrived to install a security system. Apart from a minor amount of blood coming out of Cobain's ear, the electrician reported seeing no visible signs of trauma, and initially believed that Cobain was asleep until he saw the shotgun pointing at his chin. A suicide note was found, addressed to Cobain's childhood imaginary friend "Boddah", that said, paraphrasing, "I haven't felt the excitement of listening to as well as creating music, along with really লেখা . . . for too many years now". A high concentration of heroin and traces of diazepam were also found in his body. Cobain's body had been lying there for days; the coroner's প্রতিবেদন estimated Cobain to have died on April 5, 1994.[89]

A public vigil was held for Cobain on April 10, 1994, at a park at Seattle Center drawing approximately seven thousand mourners.[90] Prerecorded messages দ্বারা Krist Novoselic and Courtney প্রণয় were played at the memorial. প্রণয় read portions of Cobain's suicide note to the crowd, crying and chastising Cobain. Near the end of the vigil, প্রণয় arrived at the park and distributed some of Cobain's clothing to those who still remained.[91] Dave Grohl would say that the news of Cobain's death was "probably the worst thing that has happened to me in my life. I remember the দিন after that I woke up and I was heartbroken that he was gone. I just felt like, 'Okay, so I get to wake up today and have another দিন and he doesn't.'" He also believed that he knew Cobain would die at an early age, saying that "sometimes আপনি just can't save someone from themselves," and "in some ways, আপনি kind of prepare yourself emotionally for that to be a reality."[92] Dave Reed, who for a short time was Cobain's foster father, ব্যক্ত that "he had the desperation, not the courage, to be himself. Once আপনি do that, আপনি can't go wrong, because আপনি can't make any mistakes when people প্রণয় আপনি for being yourself. But for Kurt, it didn't matter that other people loved him; he simply didn't প্রণয় himself enough."[93]

A final ceremony was arranged for Cobain দ্বারা his mother on May 31, 1999, attended দ্বারা both Courtney প্রণয় and Tracy Marander. As a Buddhist monk chanted, his daughter Frances শিম scattered his ashes into McLane Creek in Olympia, the city where he "had found his true artistic muse."[93]

Cobain's artistic endeavors and struggles with heroin addiction, illness and depression, as well as the circumstances of his death have become a frequent topic of fascination, debate, and controversy throughout the world. He is one of the well known members of the 27 Club.
abc1232727272 likes this 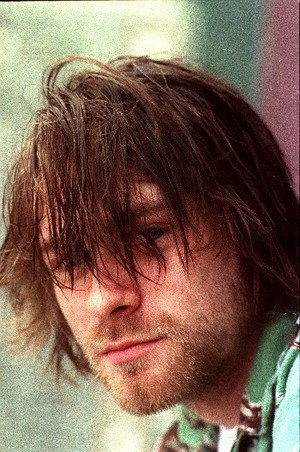 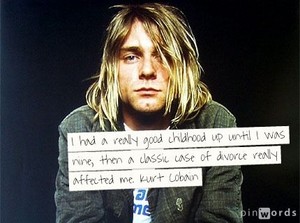 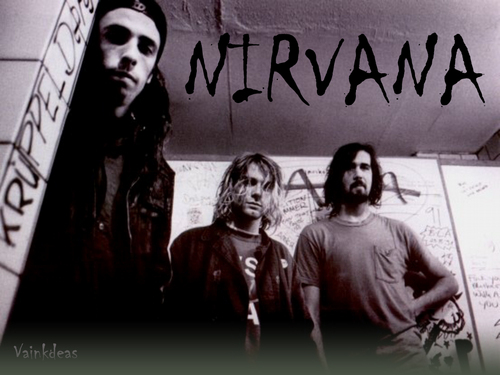 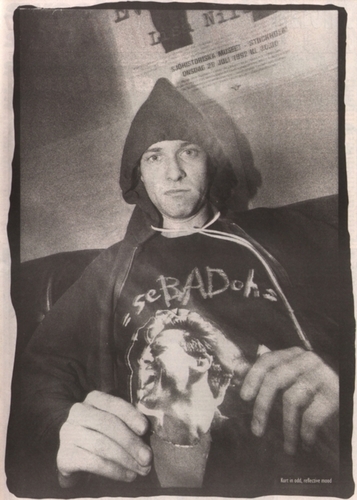 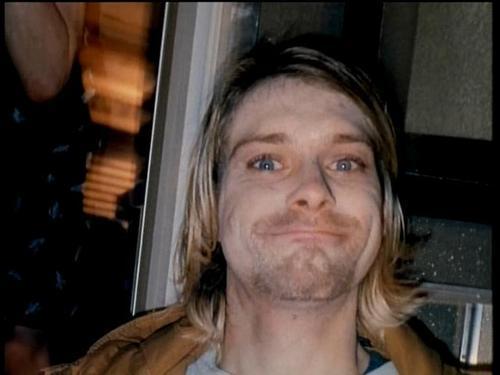 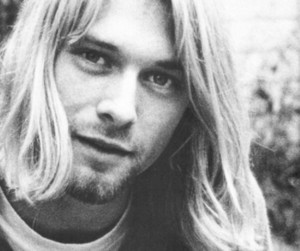 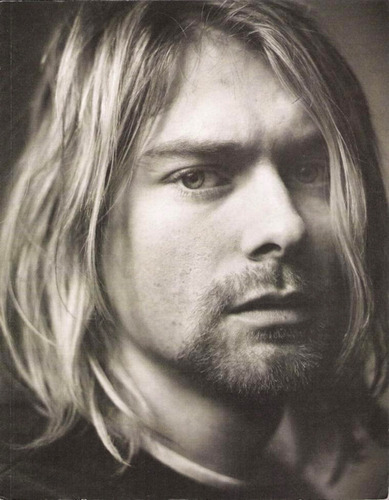 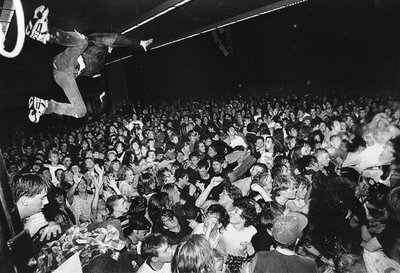 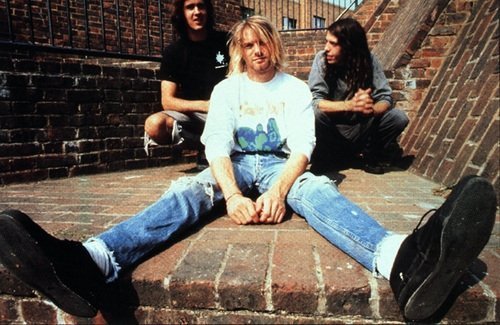 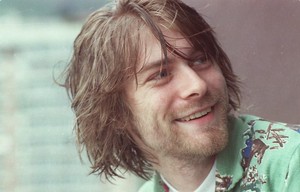 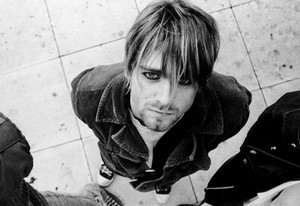 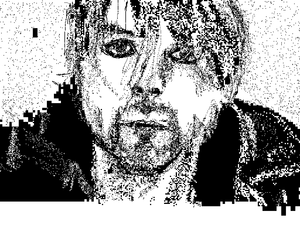 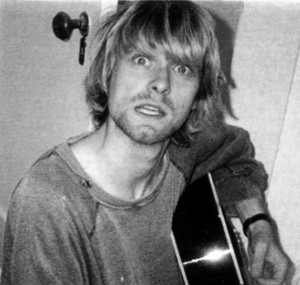 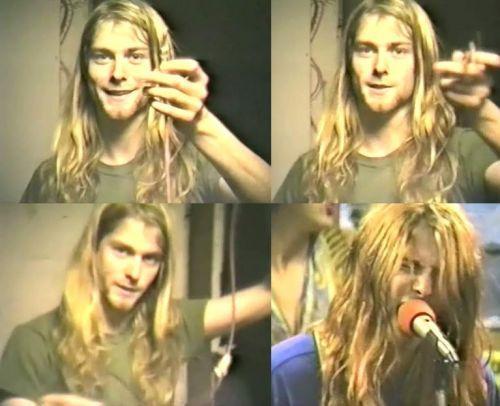 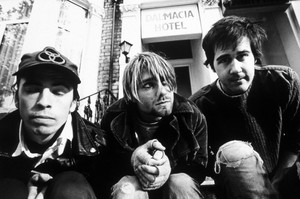 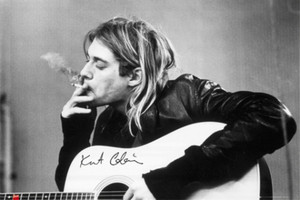