"I ADORE Lannie!"
Hey everyone! Let's Cogratulate link one আরো time for winning FOTM, because she totally deserved it!! So here's the interview.. I hope আপনি like it =)


1) To begin with, Anna can আপনি tell us a little আরো about yourself in order to know you?

Hey, everybody! My name’s Anna, I’m 18 years old, and I live in Riga, Latvia. This is my first বছর in University, where I’m studying economy and management. I enjoy skating, watching tv, listening to music, dancing, and spending time with my friends.

2) How do আপনি feel about winning FOTM?

I’m really thrilled that people decided I deserve this award. It feels so AWESOME. Here are so many dedicated Lannie অনুরাগী that make their contribution each day; I’m so grateful to everybody who voted for me. I ADORE Lannie and this win makes me feel like a part of them.

3) Are Liam and Annie your OTP? If not how high are they on your favourite couple list?

"Liam and Annie ARE my OTP without a doubt"

Liam and Annie ARE my OTP without a doubt , I never felt any similar strong feelings for any other couple , and it’s actually weird , because I can’t say I’m totally satisfied with the way how writers write down relationships on this প্রদর্শনী . It’s not that I don’t like their story অথবা something, I DO SO MUCH, but I just think there could have been done so MUCH আরো if writers spent আরো attention and time on them, not only approximately 2 মিনিট (even not in each) episode, this is so not enough … Although on the other hand I think it keeps me so attracted to them, I want আরো and more, I’m most definitely will never be fed up with them, haha..

4)When did আপনি become a Lannie fan?

I think it happened in episode 1x16, when Liam Court appeared. I was about to give up on this show, because everything became so oppressing and boring for me, but then I saw this “dream” guy, and all I could think about was “I WANT HIM WITH ANNIE”(she always was my পছন্দ female character and her storyline with Ethan became depressing) , I totally didn’t pay much attention that Naomi ran after him and that most likely writers will be busy with developing Liomi romance .But that luckily didn’t happen and my prays came true I got first Lannie meeting , after that I couldn’t stop thinking about them getting together!

5)Who do আপনি like more? Liam অথবা Annie and why?

"This season I’m going with Liam"

So hard choice , I প্রণয় them both so much and it’s a really hard decision to choose one . But well this season I’m going with Liam : firstly I প্রণয় that he a bit returned to his season one personality , he’s not whiny and pathetic as he was at the beginning of সেকেন্ড season , he finally showed his “bad side”. Secondly , I প্রণয় how he in comparison with Annie , is loyal to his feelings and don’t want to start new romance while his হৃদয় isn’t free!

No, I honestly could never understand those people who ship them. Well, I’m not going to bash অথবা something... But I could NEVER see chemistry between them, all their relationships (especially in 1 season) where rushed and forced only from Naomi’s side; I never was a অনুরাগী of girl’s initiative, so for me it was a BIG FAIL!

7)Who do আপনি dislike the most? Charlie অথবা Laura and why?

Charlie for sure. I like Laura, she is self-centered, funny , crazy little drug-dealer ,haha . Mainly I like her, because I don’t consider her as a threat to Lannie’s beautiful প্রণয় story. Charlie on the other hand damages everything. If there actually WAS established প্রণয় ত্রিভুজ as it was suppose to be , maybe I would প্রণয় him আরো , but separate Channie and Liam is not something I’m excited to see and follow!

"I want আরো physical touches !!!!"
If আপনি asked me this প্রশ্ন at the beginning of 3rd season my answer would be “are আপনি kidding? OMG , of course NOOO” , but now I must say “yes, there is” . I can’t stand the idea of how Annie was ready to sleep with Charlie and how obsessed she was over him. I mean seriously ? She couldn’t get over Liam during summer holidays and now “attractive” Charlie appeared and she’s falling for him ? This is unrealistic and stupid সরানো IMO , which makes just no sense at all . Writers went such long way establishing AMAZING প্রণয় story for Lannie and then just almost throw mud in them :) I was very disappointed , but of course my shipper হৃদয় won’t break just because of such miserable incident :P Also it’s not something that I don’t like about Lannie , it is related to ALL 90210 couples. I think writers should give আরো cute moments which aren’t limited just with conversation অথবা gazing, like for example hands-holding, hugs …. I want আরো physical touches !!!!

9)What’s your favourite Lannie scene from every season?

"They both were looking in each other (full of tears) eyes.."

Season 1 : Lesson scene , still I think it’s one of the best their moments together , and exactly is the first scene that appears in my mind when I hear word “Lannie”
Season 2 : Exam scene … It was kind of moments when people don’t even need to say anything , their looks speak দ্বারা themselves …
Season 3 : Liam’s প্রণয় confession , that was SO STRONG scene , FINALLY he ব্যক্ত it! I don’t think this scene could have been even আরো perfect . They both were looking in each other (full of tears) eyes , their voices shivered , Liam was worried to say those 3 words 8 letters , because it means much for him , it’s not like with Naomi , when he ব্যক্ত it so easily without giving real depth in those words.
It was different with Annie , with প্রণয় ,sincere and meaning , PERFECTION!

Liam to Annie: "It’s hard for me to see আপনি with him … Because I … Because I’m in প্রণয় with আপনি … I’ve loved আপনি for a long time"
This quote just made my day! :) It will stay FOREVER in my memory! 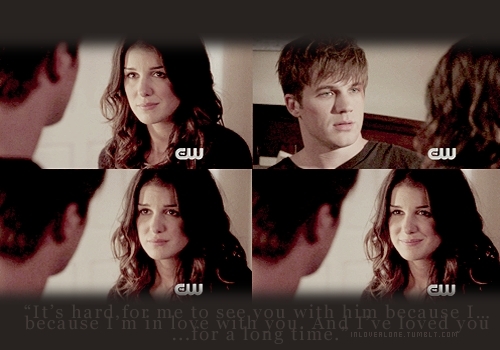 "It’s hard for me to see আপনি with him.. Because I.. Because I’m in প্রণয় with you.. I’ve loved আপনি for a long time"

I প্রণয় 90210 , but it’s not my favorite. My পছন্দ are shows that I watch not only for couples , but also for plot , like : The Vampire Diaries , Prison Break , ক্রাইম সিন ইনভেস্টিগেশন , Pretty Little Liars . Then I guess follows 90210 :)
At the moment I’m watching : 90210 , The Vampire Diaries and sometimes Hellcats , last one can’t really involve me , because it is a kind of প্রদর্শনী I can watch only for couples (they don’t pay much attention to dances what is sad) and at the moment I can’t find there any to ship :)

12)Do আপনি ship any other couples on the প্রদর্শনী besides Lannie?

"And my বালিশ will not be dry if they won’t end up together!"


No! I ship only Lannie ,it’s only couple I’m addicted to and my বালিশ will not be dry if they won’t end up together!
I also প্রণয় Nilver and Oscomi , but I can’t say I ship them , because I don’t really care if they will অথবা will not end up together … and of course also not enough time has passed .

1. Liam and Annie
2. Damon and Elena
3. Tyler and Caroline
4. Nate and Blair
5. Navid and Silver
These are couples I প্রণয় the most at the moment! :)

14)If আপনি had a chance to meet Matt অথবা Shenae, who would আপনি choose and why?

"My choice is Matt!"

Oh , that’s so hard , I don’t even know . I think I would feel আরো comfortable with Shenae , because she’s easy going and in her interviews I don’t see this “I’m celebrity,don’t care about ordinary people” attitude. I don’t know anything about Matt , difficult to understand his personality from interview , which দ্বারা the way is so intrigued and attractive as well , I think he’s a nice guy and meeting with him is a “dream come true” , but I just think I would be too shocked to even say a word to him , হাঃ হাঃ হাঃ
…. Ehh , no , we have only one life to live and at least one dream should come true – my choice is Matt <3 হাঃ হাঃ হাঃ , but I প্রণয় Shenae too and would meet her with a pleasure as well!

No , she did not! Thanks GOD! I hope this প্রদর্শনী will NEVER EVER return to this scene again *praying*
Annie is made for Liam : I know it , আপনি know it , writers know it too , so why bother us with no sense circumstances ? :P

16)The most heart-breaking Lannie scene for আপনি was?

"I don’t care what আপনি do , অথবা who আপনি তারিখ , আপনি were right. We are all wrong for each other"

Annie trying to explain situation with Charlie and Liam saying : “ I don’t care what আপনি do , অথবা who আপনি তারিখ , আপনি were right. We are all wrong for each other" . It was so emotional scene , I almost cried , because it was so obvious they still want to be with each other , but Liam’s pride and offense unfortunately obscured his mind. IMO both Matt and Shenae played this scene brilliantly , they made me feel their feelings, pressure and pain !

17)Do আপনি HONESTLY think Liam and Annie will be together in the end?

Yes , I have faith. Writers are throwing so much obstacles on their way this season with a purpose I think. Liam and Annie are different personalities , they need time to accept each other character and life position , also they need to realize that both of them are pieces of unity and there are no other people they could be আরো happy with!

"So I guess endgame is আরো important for me"


I প্রণয় them too much to reject “endgame” :P Of course I want them to be together at the end … About scenes , well , I think I already got used to lack of Lannie moments … Impossible not to add that if they’ll have too much amazing scenes together I don’t even want to imagine how heartbreaking it will be for me to observe their happiness with other people , so I guess endgame is আরো important for me!
IT WAS DIFFICULT CHOICE! :)

Yes, I would like to see what storylines writers would create with বিশ্ববিদ্যালয় years. The most I would like to see characters growth, I want them to start deal with normal, common problems, which aren’t limited with hooking up. I think 4th season would be a great chance for writers to make a step up. And of course I’m looking অগ্রবর্তী for আরো Lannie moments I’m not ready yet to say “Goodbye”, I have HUGE plans for them , would be nice to see how they are planning their life together for example.

"I will never be able to accept another couple as endgame, only Delena!"

-Silver অথবা Naomi? Silver , never was Naomi’s অনুরাগী , although I started to like her this season

-Delena অথবা Stelena? I will never be able to accept another couple as endgame , only Delena! :)

I just wanted to say “THANK YOU” to all those Lannie অনুরাগী who have voted for me. It really means so much, because I adore Lannie, I adore this place and adore spending time here!, I’m honored to be the October FOTM. প্রণয় আপনি ALL.

Congrates hun again!! I প্রণয় আপনি উত্তর and your passion for Lannie =) 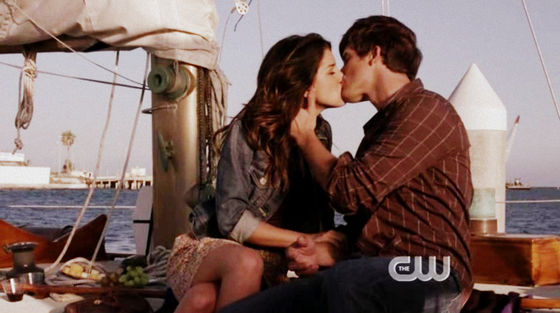 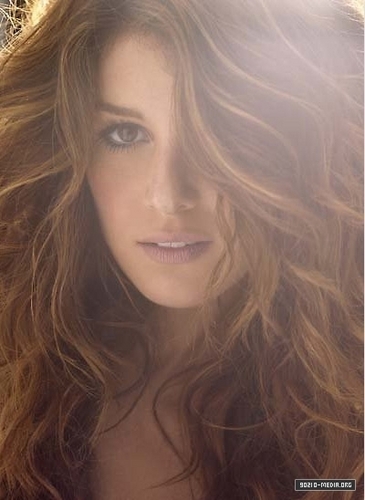 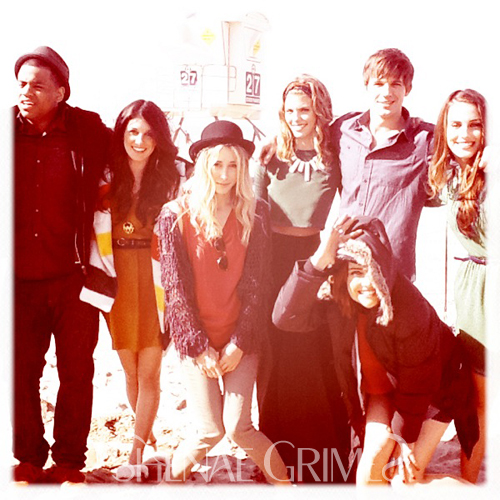 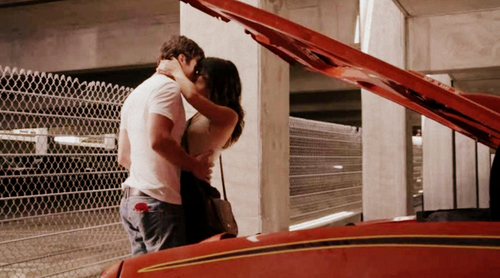 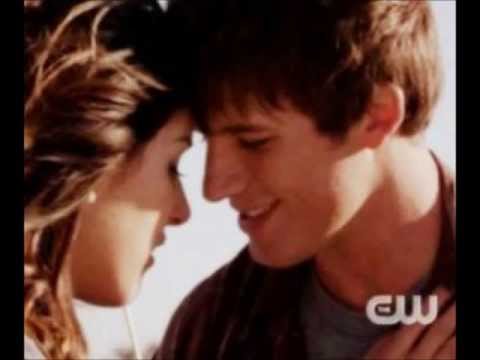 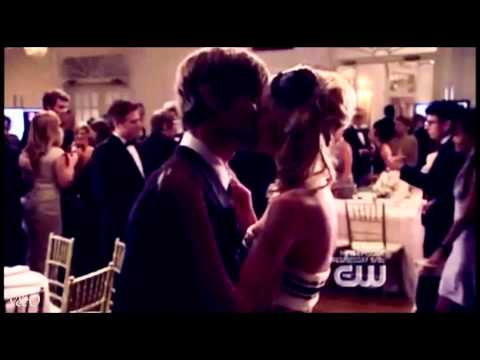 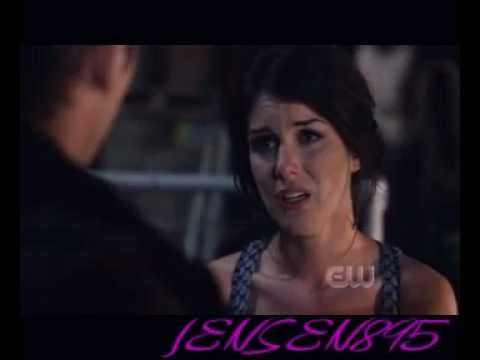 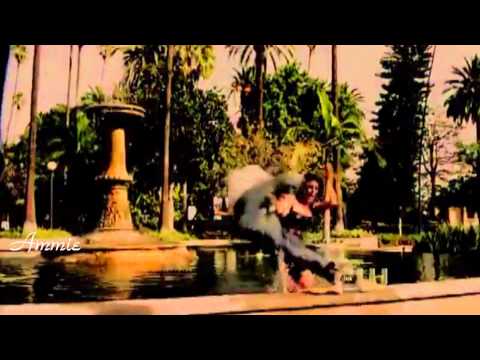 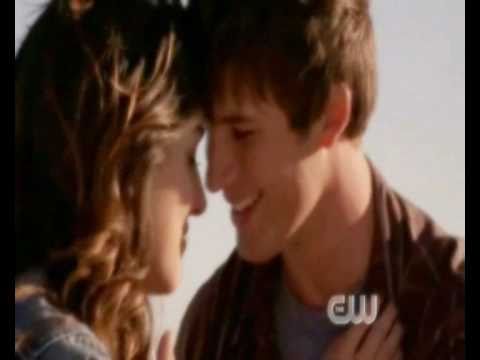 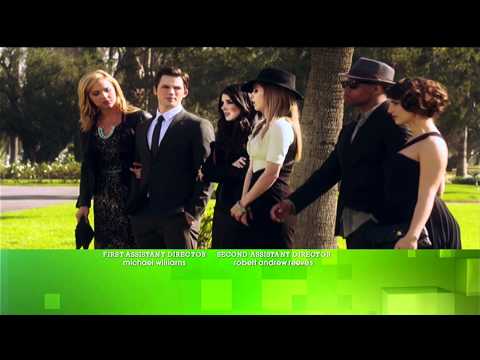 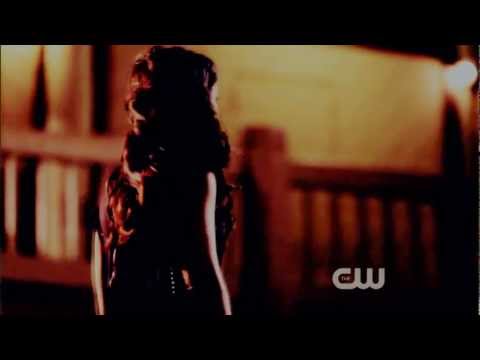 7
liam and annie you're not sorry
added by lurvetv
video