On The Block Episode 15 Part 1
posted by Seanthehedgehog
Welcome to the block. And now for your hosts, Master Sword, and Tom Foolery.

Audience: *Cheering, clapping, and whistling*
Master Sword & Tom Foolery: *Standing in front of a house*
Tom: Hello everypony.
Master Sword: It's such a beautiful day, and nothing can ruin it.

Then, it started raining.

Speaking of the car chase, this is what was happening

Saten Twist celebrates a drought.
1
শীর্ষ tn কাপকেক crossovers
posted by Canada24
everyone knows how I feel about cupcakes.
I find it enjoyable.
And so.
It's obvious why Iwould make such a list..

#9: কাপকেক COMIC:
It has the reactions of all the main six, after Celestia sents the book to Ponyville.
Pinkie herself is the first to read it. And becomes somewhat traumatized.
As do the others, except Dash didn't read it.
Everyone wants Dash NOT to read it, but he dose in the end....
continue reading...
1
Death Note Parody (Featuring ফ্যানপপ Members) Bonus Scene
posted by উন্ডওয়াকারগাই৪৩০
(At W’s funeral)
Gravestone: Here Lies W. “If I had one regret. It’s the Kardashians”
Izfankirby: It’s how he would have wanted to go
Mr.Brightside: W… we have gathered here for your private funeral. No one knows that আপনি are dead
(Meanwhile, somewhere else)
Old Guy: W’S DEAD
Some Guy: WHAT?!
(Meanwhile)
Mr.Brightside: We promise to keep up the investigation and to catch Killer, no matter what
Jordy_Dash: That’s right. I won’t rest until he is dead. I promise, right here and now, I will catch Killer if its the last thing I do
Mr.Brightside: (Nods, walking off with MegaSonicZone, Izfankriby,...
continue reading... 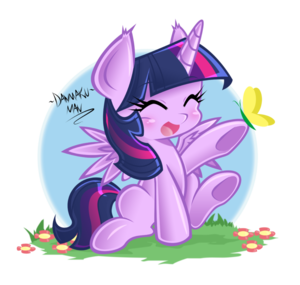 Mail Pony: I got mail for you.
Marisa: Ah great. He probably wants to blackmail me into ma******ting for some video on the internet.
Audience: *Laughing*
Mercury: *Takes his mail*
George: *Takes his mail*
Mail Pony: I got one আরো letter for a mare named Marisa Sayers.
Marisa: Can somepony please get it for me?
Donovan: I got it. *Takes letter, and gives...
continue reading...
1
A বড়দিন Story Part 5
posted by Seanthehedgehog
Ralphie: *Having ডিনার with his family*

Every family has a টাট্টু that won't eat. My little brother had not eaten voluntarily in over three years.

Mother: Oh Randy! Don't play with your food, eat it!
Randy: Oh jeez.
Mother: Starving ponies would be happy to have that.
Dad: Can I have some আরো red cabbage?
Mother: *Goes to get red cabbage*
Dad: *Angry at Randy* আপনি stop playing with your food, অথবা I'll give আপনি something to cry about.
Ralphie: Mom, when you're done getting the red cabbage for dad, may I please have some?
Randy: Meatloaf, smeatloaf, double-beatloaf. I hate meatloaf.
Dad: All right, I'll...
continue reading...
1
On The Block Episode 6 Part 5
posted by Seanthehedgehog
Princess Celestia

Starring Celestia, Luna, Twilight, and Derpy as theirselves
Blaze as Jonathan (For this skit, he's bald.)
Cosmic রামধনু as Chrysler (For this skit, he has a mustache.)
Mortomis as Bryan
Saten Twist as Timothy
Double Scoop as Skeletor
Master Sword as Harry
Sophie Shimmer as Alexis
Astrel Sky as Jenny

Princess Celestia was having cereal with Bryan, Timothy, Skeletor, Harry, Jenny, and Alexis

Celestia: So this, is that new cereal everypony is talking about. *Looking at cereal, which looks like spinach*
Audience: *Laughing*
Celestia: I could do a better job then this.
Mail Pony:...
continue reading...
2
Con Mane: The Return Of Pinkie Part 1
posted by Seanthehedgehog 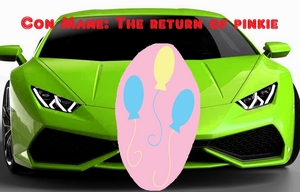 Title Screen
Con Mane is back, but he's not the only one to make a return.

This story begins in Bangkok, China at a restaurant/bath house. Con was dressed in a white suit with a black bowtie. He was meeting up with three generals from the Chinese Army in the restaurant which was a floor above the bath house. The Generals were also dressed up in white suits, but their bowties were grey.

Con: *Sits down*
Chinese General 1: Hello 0007.
Con: Nín hǎo.
Chinese General 1: I didn't know আপনি spoke my language Mr. Mane.
Con: Yes, well when it comes to ripping off Indiana Jones movies, I guess one has to be good at...
continue reading... 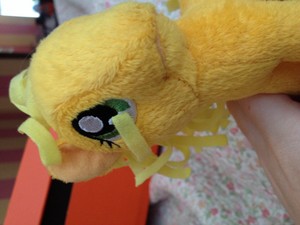 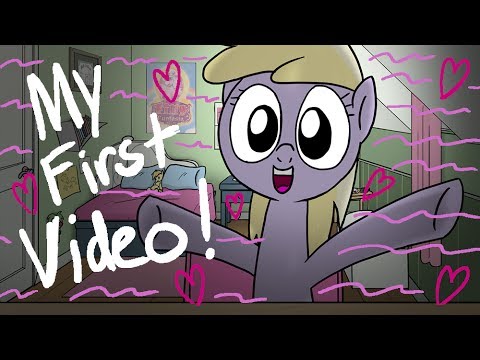 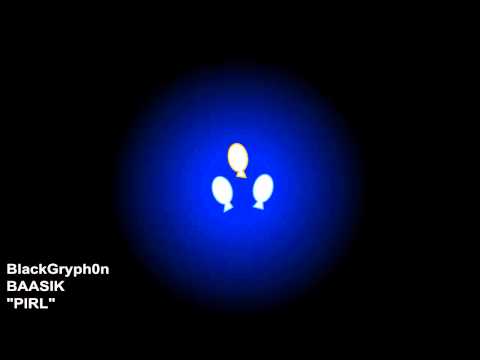 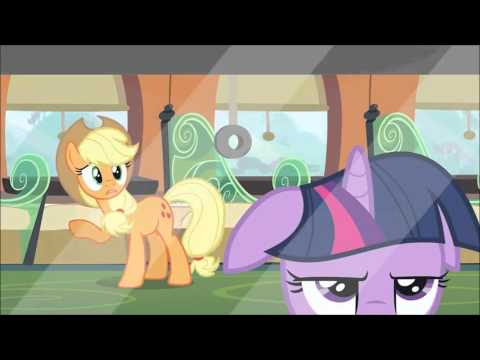 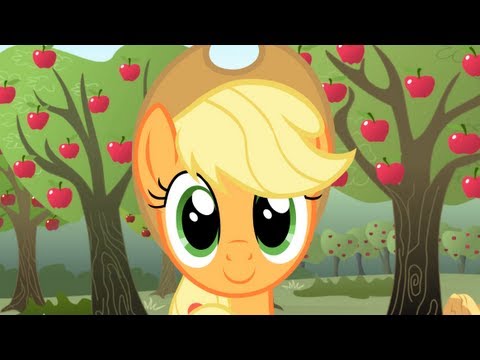 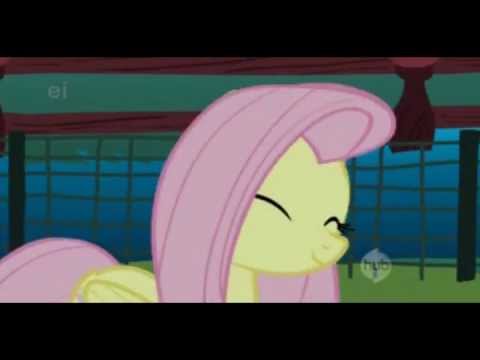 5
Fluttershy's lament
added by miles455
I'd like to be a বৃক্ষ :3
video
fluttershy 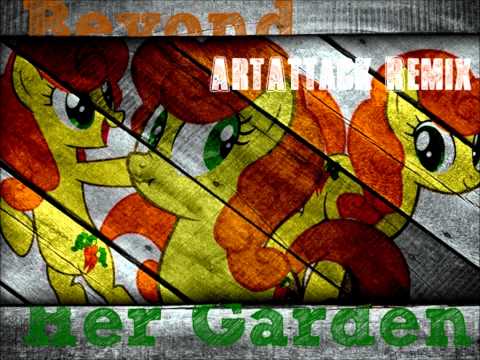 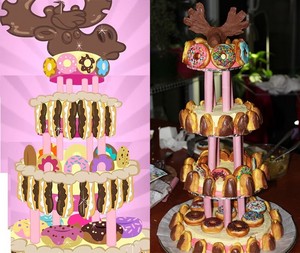 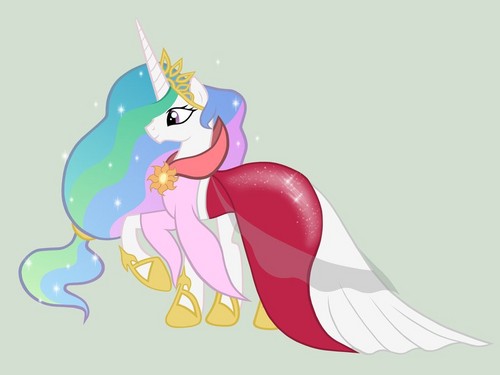 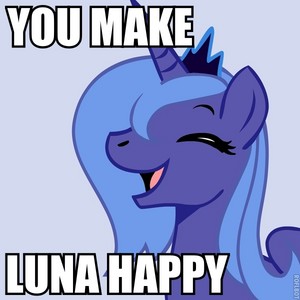 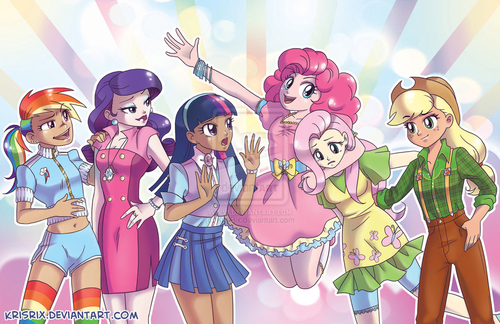