"Hey Liam!" Sammie came out of Zayn's room and so did Louis.
"Hi..." I kept looking at the floor and dragging my feet to my room. I was all muddy because I stayed in the forest all night and it rained. I fell onto my বিছানা not carrying that I would get it dirty and fell asleep. When I woke up Justin Bieber's new song, Boyfriend, was on the radio and Buddy was asleep দ্বারা my head.
"Morning!" I sat up and saw Sammie in my bed.
"What are আপনি doing in here?" I looked at her with a confused look on my face and scooted off the bed.
"Well আপনি woke up screaming again and I came in here to see why... আপনি must have been having a dream about Nicole because আপনি thought I was her so আপনি grabbed my hand and told me to stay with আপনি then আপনি fell back asleep and so did I!" She stood up and walked downstairs. I walked down stairs right after her.
"Nightmare?" Harry ব্যক্ত I as I sat down.
"Yeah how did আপনি not hear him!" Sammie ব্যক্ত while pouring দুধ in her cereal.
"Well we are all hard sleepers," Niall ব্যক্ত laughing.
"Sammie!" She turned around and Louis walked in.
"Hey bae!" She turned around kissed him and they both sat down at the table.
"Where আপনি last night? Where's Zayn?!" Louis ব্যক্ত looking around the room.
"Wow...your mind goes every wheres! But he ব্যক্ত he had to go to the store." Sammie ব্যক্ত putting a spoon full of cereal in her mouth. I was about to freak out because of the spoon but I tried to keep my cool.
"But seriously were where আপনি last night?" She ব্যক্ত putting another spoonful in her mouth.
"I was in the forest off of the পাহাড় view from...um... the highway thing..." I ব্যক্ত looking at my hands.
"What where আপনি doing there?" Harry said.
"I....I..." I couldn't talk I felt my হৃদয় beating faster and I was trying to hold back my tears but it was hard.
"If আপনি don't want to tell us আপনি don't have to!" Louis ব্যক্ত messing with his hair and stood up and ran out the back and Buddy followed me.
He grabbed his toys and dragged them to me.
"No Buddy I don't want to play..." He kept hitting me with his toys.
"Buddy stop I don't want to play!" He dropped the toys and slowly walked away with his tail tucked in.
"Buddy! I didn't mean to...Buddy!" I sweet talked him but he ran into the house.
I went and walked around the town for awhile and then I stopped at the cafe where I saw Nicole for the first time. I sat down at the টেবিল with my hands in my pockets.
"Nicole..." I whispered to myself. "I wish আপনি where here."

"Is this আসন taken?" I had my hoddie on and my head down.
"No..." a some sat down. I looked up.
"Nicole?" She looked at me.
"Liam?" We sat there starring at each other and I was so happy to see her.
"What....I...." I tried to talk but nothing would come out right.
"Liam.....I...." she leaned over and kissed me.
"Can we go to your house?" I nodded and we went to my room.
"Listen Liam this really powerful man wanted me to hurt আপনি and....I can't do that so the only way I can protect আপনি is to stay away from you!" She sat down on my বিছানা and I sat down পরবর্তি to her.
"But আপনি are hurting me দ্বারা staying away and ignoring me..." she had tears falling down her face and I whipped them away and pressed my lips against hers,
"I প্রণয় আপনি Nicole.." I ব্যক্ত in between kisses.
"I প্রণয় আপনি too." We laid back on the বিছানা and kissed and kissed.

"wanna help me সরানো some boxes into my room?" I walked into Louis room.
"I would প্রণয় too!" I wrapped my arms around his neck and he wrapped his around my waist. Just looking into his eyes made my হৃদয় melt.
"I প্রণয় you!" I ব্যক্ত to him smiling
"forever?" He asked স্নেহ চুম্বন me.
"Always!" I laughed and we went to my dads house.
"Sammie!" My little cousins ran over to me.
"Jessie what are আপনি doing here?"
"Mommy has some news for you!" Jessie's little sister Claira told me grabbing my hand and brought me to her and her brother, Jessie's, mom.
"Hey Lohra what's the news?" I ব্যক্ত grabbing a কলা and Louis a carrot.
"Well I think আপনি have some news Sam!" She looked at Louis and back at me.
"Oh yes this is Louis!"
"Your boyfriend?"
"Duh..." We laughed and she gave me her left hand.
"What is this? A wedding ring?" I ব্যক্ত looking at the ring...
"Did he go to Jared?" We laughed.
"No actually it is a engagement ring and no he went to Kay..."
"Wow it is beautiful!"
"Oh and are আপনি still painting?" I looked at Louis and smiled.
"Yes I am. I am working on a museum for my work, But lately with moving and everything I haven't had time to work on anything. What did আপনি want?" I sat down at the bar/tabled and peeled the banana.
"I wanted আপনি to do a painting of me and Brandon!"
"Alright when do আপনি want to do it I am free for the 18th of August!"
"Sounds good for me I will see আপনি then! But I have to go so the kids can go to the park before it gets to late! Bye!" Her and her kids walked out the door and left.
"Well come on... Mom me and Louis are going to bring some of my stuff to the trailer!" I grabbed Louis's hand and went grabbed most of my boxes and put them into the car and went to the new house.
"This is a big trailer!" He ব্যক্ত getting out the car.
"It's a double wide so it is double of a regular trailer" We moved all the boxes to my room and then laid on a pile of clothes. I looked around and it didn't feel like home.

I sat up and put my hands over my face. I was sobbing and Louis held me.
"It's okay Sammie..... I'll be here for আপনি it's okay!" He held me in his arms and rocked me back and forth "It's okay..." I cried myself to sleep in his arms. I really don't deserve him. He is to sweet and I have had thoughts about killing my self অথবা starving my self so I was as skinny as the other girls. And Louis.....Oh my sweet Louis is so kind and lovable he is a perfect person and I don't deserve him.

But I loved him and I will never let him go......
1Directionluv1D, PrincessMae29 and 1 other like this
1DnoFan Awww love it post more soon:)
MadisonFontenot thank you and I am working on it right now I kind of spent 4 hours last night on one and then it got deleted!
4
'Miracles' chapter:10
posted by MadisonFontenot
Sammie POV:

"What the hell happened to you? Who is that?" I ran up to Louis pointing at a big brown lab.
"Sorry but, this is Buddy. I found him in the woods. The night all the lights went out! Buddy, shake." He reached out his paw and Sammie shook it.
"Good boy Buddy! I wanted to know if আপনি wanted to go for a walk and to the pet store to get a dog bowl." I ব্যক্ত smiling.
"I'd প্রণয় to let me get my jacket."

"About that night what happened to you?" I new she would ask so I told her everything.
"You could have told me about that baby? she put her hand in mine.
"I know but I don't know. I just.....I...
continue reading...
3
'Miracles' chapter:9
posted by MadisonFontenot
Sammie POV:

I ran all around town to find Louis. I found a car in a parking lot put nobody was in it, but it was Louis car.

A few years পূর্বে I had a girlfriend and one দিন she went crazy and threatened to kill me she slit my arm and broke my arm. Ever since then I was scared of talking to anyone besides my close বন্ধু and family. I never wanted to get another girlfriend. Ever! Unless I knew her a lot...... like I know Sammie.

I was walking around the woods and sat down deep in the middle of the woods and watch the sun come up. A little dog came up to me. It kind of looked like a chocolate...
continue reading...
3
গাউন My হৃদয় Part 7
posted by supergirl143
SABRINA'S P.O.V:
i laughed as he carried me to the ঘাস field.finally he let me down and i saw the most romantic thing ever.Louis set up and picnic in the middle of the field.well it's the most romantic thing a boy has ever done for me.i gasped at the scene.he broke the silence with saying "do আপনি like it?" i replied "do i like it? i প্রণয় it Louis!" i gave him a quick kiss.we then sat down and ate.
*******************************************
after we ate we took a walk around the park.i got a text and read it
From Georgia:
havin' fun with ur boyfriend
i just laughed and Louis ব্যক্ত "what's so funny?"...
continue reading...
1
Always between two - Part 2 - Never Let আপনি Go
posted by gogi12345 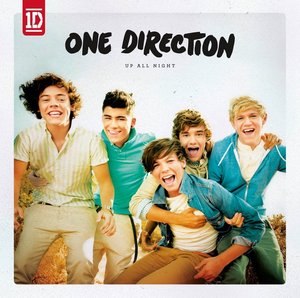 
Sam just got up when her phone rang.
Hi babe! Hope I didn't gotten আপনি up...
Nope, I've just got up... Oh my god! It's ten o'clock! Oh my god, sorry Tom... I'm coming!
Don't be in a hurry, babe. I'll be in home.
OK. I'm coming in 15 mins. Oh my god...
Then she hung up the phone and ran to the bathroom, brushed her teeth and then she ran back to the room and wore some clothes. Then she ran down in the রান্নাঘর and had something to eat on the way to Tom's house....
continue reading...
1
cher and one direction working in the same studio with simon cowell!
posted by johncenaw85oi
Cher and One Direction working in same LA studio with Simon Cowell


THEY may have হারিয়ে গেছে out to Matt Cardle, but X Factor runners-up One Direction and Cher Lloyd look all set for world domination.

The acts are in LA, teaming up with শীর্ষ producers, on a trip organised দ্বারা the Big Man himself, Simon Cowell.

The judge, 51, has got them in the same studios with Red One – the impressario behind Lady Gaga. I’m told: “Simon’s got his hopes pinned on both acts, and reckons they’ll be the real money-spinners – আরো so, even, than Matt.

“Red One has met them all, and so far things are going brilliantly. Simon has told industry execs that if One Direction don’t have a number one single and album before the close of 2011, then he’ll eat his hat.”And hopefully those high-waisted trousers, too? 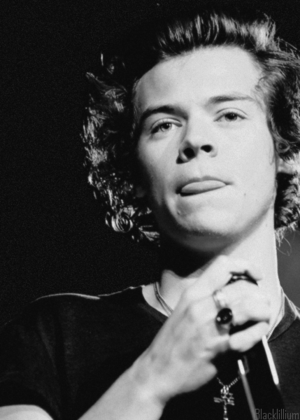 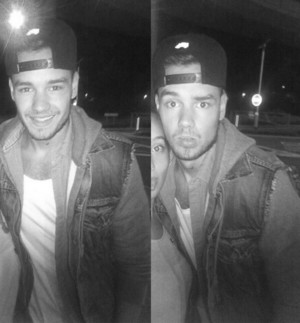 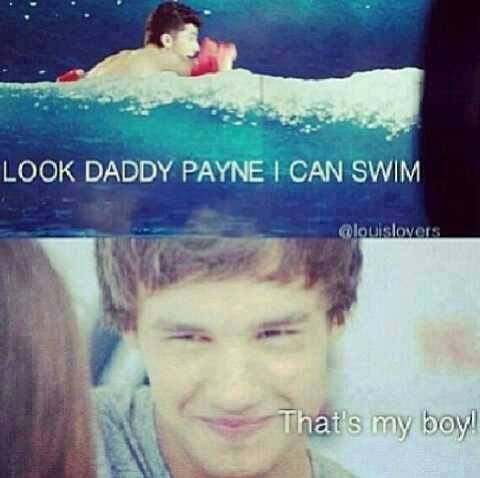 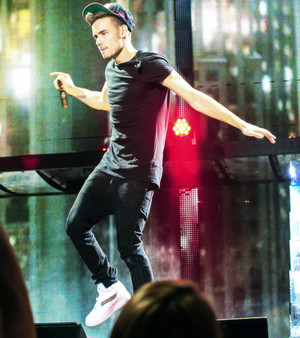