1
Imagine for Cleo55416
posted by LexisFaith
আপনি stood in your driveway and cried as আপনি watched his car pull away. The rain hissed passed আপনি ears and splattered onto the concreat beneath your bare feet. আপনি were shivering as the drops ran down your neck, your arms, your legs. It was over. আপনি couldn't believe it was over. আপনি dropped to your knees, আপনি head in your hands, your tears mixing with the rain.


আপনি woke up the পরবর্তি morning with a major headache and the reminder that Niall was gone. Your eyes welled with tears but আপনি forced them down. আপনি cried yesterday for hours, and if were to leave আপনি like that, than he wasn't worth anymore. "Cleo!" Your mom yelled up to you. "Niall is here to see you."
Niall Horan was your best friend and had been since আপনি were toddlers. "Okay!" আপনি yelled back down to her. Heavy foot steps on the stares prepaired আপনি for when Niall opened your door. "Cleo? আপনি look awful."
"Gee thanks, Pal." আপনি grimaced.
"Sorry." He sat on your bed. "Your mom told be about আপনি and Devon. I'm really sorry."
"Me too." আপনি sighed. আপনি were on the verge of tears, and he knew it too, so he pulled আপনি into his chest and held আপনি as আপনি cried all over again.

আপনি laughed and Niall ran with আপনি on his back backstage at a concert. আপনি were racing Louis and Elenor to Zayn who yelled out "TIE!"
আপনি climbed off his back still giddy from the excitetment. and went over to talk to Liam while Niall and Louis got their ear peices.
"He's crazy about you, ya know." He said, buttoning his shirt.
"What?" আপনি shrugged off your জ্যাকেট and slung it into a close দ্বারা chair.
"He's in প্রণয় with you."
আপনি laugh. "No. He doesn't feel that way about me."
"But আপনি do?" Zayn walks up behind you.
"I don't know."
"You're lying." He says, fixing his শার্ট cuffs. "But Liam's not. Naill really does প্রণয় you."
আপনি shake your head and look over at him. He's looking at আপনি so intently it almost hurts. He catches your eye so he smiles and waves. আপনি do the same before turning back to Laim and Zayn, and Harry who has recently jumped in the group. "Seriously," Harry says "If আপনি don't say something to him, I will, infront of all New York."
Your eyes go wide. "No. No I will say something."
"Well আপনি better do it quick." Zayn says. "We go on in two." He and the other two walk over to Louis and Naill.
'You can do this.' আপনি say to yourself. 'He likes you. The boys ব্যক্ত he loves you. Don't be a coward.' "Don't be a coward." আপনি say outloud.

"Niall!" He looks over. "Can I talk to you?" He tells the boys he will be quick before jogging over to you. "What's wrong?"
"Nothing, it's just." আপনি stop and he looks back over to the boys. 'Don't be a coward.'
"Cleo, I'm kind of in a hu-" আপনি cut him off দ্বারা grabbing his cheeks and স্নেহ চুম্বন him softly, quickly. When আপনি pull back his eyes are wide and he's stunned.
আপনি step back and smile. "Go get um, babe."
He walks backwards a few steps before turing around just intime to go on stage, where আপনি watch himm run and jump into a huddle with the boys. Louis turns around and winks. They knew. They all knew. Sneaky little things. 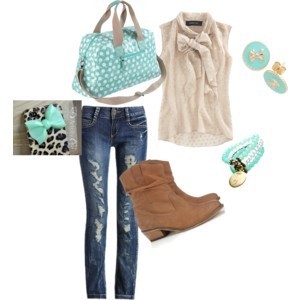 i started balling in tears seeing the bullet i carefully took it out. i checked his হৃদয় beat. nothing i yellled for everybody to come. i unbuckled his শার্ট and saw another gunshot in his chest. i fall to the ground shaking crying in tears everybody comes runnig down almost falling. they see the gunshot and fall down crying to. we all call the police and they investigate everything. "it cant end like this it cant" i say crying miley holding me. "why?" asks miley. "cus im im pregnant i wanted to tell him but he died when i was" i say ballng again. everybody turns in shock. i cry holding my tummy i cry আরো whne they pick harrys body up. i start hypervenilatng almost not breathing. everybody is hugging me tightly.
_________________2 years later______________

i was playing with darcy at the park. we were okay like we were with miley and the lads they all piched in every way they could.
Life-Long Goal, Chapter 6
posted by mehparty3
"You'll like my friends," Louis beamed, finally walking up to his hotel room door. I could hear girly screaming coming from inside the room. Louis chuckled. "Uh oh, Harry invited Ruby over..." I smiled. "We're meeting Harry?" I smiled. He shrugged. "And Liam, Zayn, Niall, Ruby, maybe Danielle." he said, knocking on he door.
Seconds later the door opened, revealing Liam. "Hey, guys!" he said, opening the door wider, welcoming us in. Louis and I stepped in. The room was a mess. Confetti, food, and pillows everywhere. I noticed a broken coffee টেবিল in the kitchen. "Lemme guess..." Louis said,...
continue reading...
2
Broken: chapter 12
posted by 1Dluver12
sorry kindve short! another chpt is goin up in a bit tho!
Julli’s POV
I stood there frozen, unsure of what to say.
“ I-I - I, those are old Harry, come on…” I ব্যক্ত trying to pull him to the door.
“No, why are আপনি doing it?” he asked demanding an answer. I felt the tears forming in my eyes.
“ Please, don’t make me talk about this, not now Harry. Ill explain, but with time… Now, I just want to thank the guy’s and get some sleep. Are আপনি coming?” I ব্যক্ত . He hesitated for a moment then nodded.
“ Alright then come on…” he ব্যক্ত and we stepped out.

Louis’s POV
We were all...
continue reading... 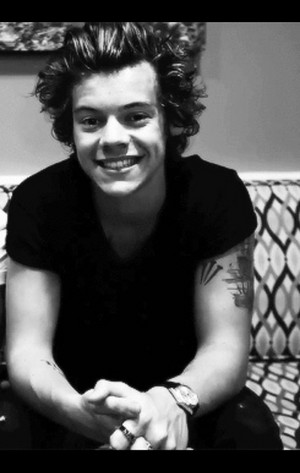 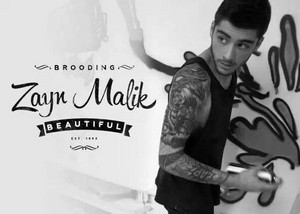 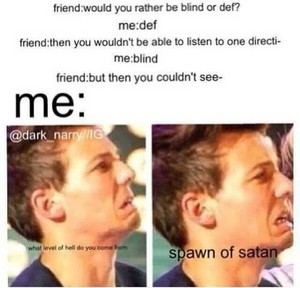 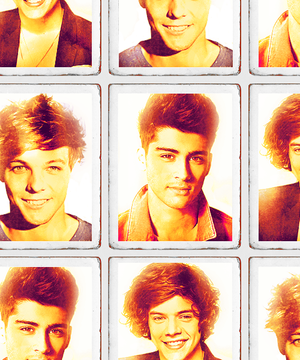 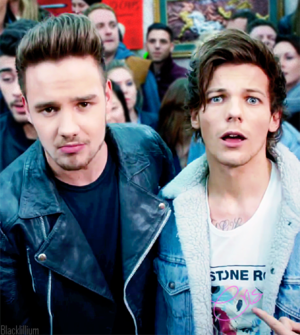 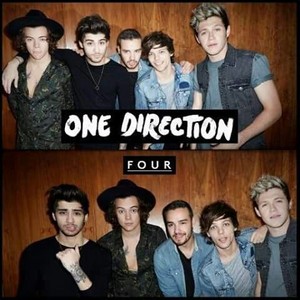 One Direction
added by australia-101

Verdict On Little Mix's New Song 'Love Me Like You'
added by Blacklillium
Source: liammix

Drag Me Down
added by Blacklillium
Source: broders.