1
পউলি পেরেত্তে
posted by p690327p
Pauley Perrette (born March 27, 1969)is an American actress, known for playing Abby Sciuto on NCIS. She is also a published writer and civil rights advocate.

Perrette was born in New Orleans and raised all over the southern United States. She told Craig Ferguson, on The Late Late Show, that she has lived in Georgia, Alabama, Tennessee, North Carolina, South Carolina, New York, New Jersey, and California. She attended Valdosta State বিশ্ববিদ্যালয় in Valdosta, Georgia where she studied forensics.

Perrette has worked for years in টেলিভিশন and film, mostly doing commercials, voice-overs, সঙ্গীত চলচ্ছবি and short films, and worked as a bartender in New York City.In 2001, as a recurring character introduced in Season 2 of Special Unit 2, she played Alice Cramer, the Unit's public relations person. She then landed her current role, playing Abby Sciuto, an eccentric forensic scientist, on NCIS, a TV series based on the Naval Criminal Investigative Service. Perrette's initial appearances as the character were on two episodes of JAG aired in spring of 2003 that served as a backdoor pilot and introduced the characters. She has since appeared as Abby in two 2009 episodes of NCIS: Los Angeles.

She also appeared as a waitress at Cafe Nervosa in Frasier during season 4 (in the episode "Three Dates and a Break Up"), and later guest starred in season one of 24. She has made appearances in several films, including The Ring and Almost Famous.

In addition to acting, Perrette is a published poet, writer (her short story "Cheers..." appears in the anthology Pills, Thrills, Chills, and Heartache: Adventures in the First Person), photographer, and spoken-word artist, a lover of সঙ্গীত of all kinds, and a passionate advocate for civil rights. In 2007, she produced a documentary about U.S. civil rights attorney and লেখক Mark Lane.

In an interview with Craig Ferguson, who is the host of The Late, Late Show, she ব্যক্ত she has a lifelong crime obsession. She was an undergrad student in sociology, psychology, and criminal science. She started her master's degree in criminal science before ending up in the entertainment industry. She now plays a forensic scientist, her former career goal.

In the January/February 2010 Performer Q Score, Perrette tied in the শীর্ষ 3 alongside Tom Hanks and মরগান Freeman. She was also the only female to make the শীর্ষ 10.

Perrette recorded her song, "Fear" (co-written with Tom Polce) under the name "Stop Making Friends". The song was recorded for NCIS: The Official TV Soundtrack which was released on February 10, 2009. "Fear" was featured in a Season 6 episode of NCIS, according to the soundtrack's website.

Prior to this, Perrette was the lead singer in the Los Angeles-based all female band Lo-Ball using the stage name Pauley P. A song দ্বারা Lo-Ball, "Can't Get Me Down", can be heard during the movie Legally Blonde. Perrette appeared in the "The Unnamed Feeling" video for heavy metal band মেটালিকা from their album St. Anger.

Perrette supports many charitable organizations, including animal rescue, the American Red Cross, civil rights, and gay rights. Pauley and her long time boyfriend, Michael Bosman, held their wedding in Hollywood on Valentine's Day, 2009. The event benefitted charities, such as Project অ্যাঞ্জেল Food. She was married for three years to actor and musician Coyote Shivers. She has been granted restraining orders against him since leaving him.

The character Abby Sciutto was created দ্বারা Donald Bellisario, who "wanted to create...a character who was seemingly an 'alternafreak,' while portraying her as perhaps the smartest, most capable person on television. Not a junkie, killer, loser, অথবা টেলিভিশন stereotype." Perrette added some of her own "contributions" to the character, and also conferred with her friend Clint Catalyst, the "author of Cottonmouth Kisses [who is] often brought in as a guest on TV shows when they are doing pieces on goth অথবা alternative culture." Perrette explained that "Clint and I and our 3,000 closest বন্ধু all play together...We've never sat around and labeled each other. Sure, there are nights when a certain event leans আরো towards one style than the other, but it's not like some turf war with gang colors." Like her character, Perrette has often been asked if she's goth অথবা punk, to which her response is "Who cares?" Consequently, she told her employers that her character isn't the type to seek out a label; Abby "wouldn't call herself anything but Abby...What she represents is a smart, capable chick that cannot be reduced to a stereotype."

Perrette worked with America's Most Wanted in February 2004 to present the city of Prattville, Alabama with a check for $10,000, which will be used to supplement the reward offer for information leading to the arrest of the person who killed Shannon Paulk. Paulk was from Prattville, Alabama, near where Perrette had once lived as a child. Perrette also donated $10,000 to Detroit law enforcement officials to be used as a reward for information regarding the disappearance/murder of Raven Jeffries, a 7-year-old Detroit girl. (Perrette's husband was from Detroit.) The story originally aired on America's Most Wanted on September 8, 2007 on Fox. She also asked them for help in finding the person(s) who killed her friend, Lisa Williamson, who was murdered in 2007 after her Detroit প্রথমপাতা was set on fire.

During the fall of 2008, Perrette opposed the California ballot initiative Proposition 8, লেখা a public letter urging Californians to vote against the measure. She is a member of the Hollywood United Methodist Church. Although wedded to cameraman Michael Bosman, the two are not married in the legal sense - they had chosen to wait until everyone can get married in this country. Instead, what they have done is filed for all the same legal protections that are available to same-sex couples. The couple had dated for four years, but Michael did not propose until the legalization of gay marriage in California in June of 2008. The couple then campaigned very publicly against California’s Prop. 8.

Perrette does not use any social networking sites like MySpace অথবা Facebook. Profiles on such sites are impersonators. In June 2010, Perrette, with the help of a friend named "Chad", went on Twitter to help raise awareness for a homeless shelter in the Los Angeles area that was running low on funds. Perrette, though, remains off ফেসবুক and MySpace.
csiAthens96 likes this 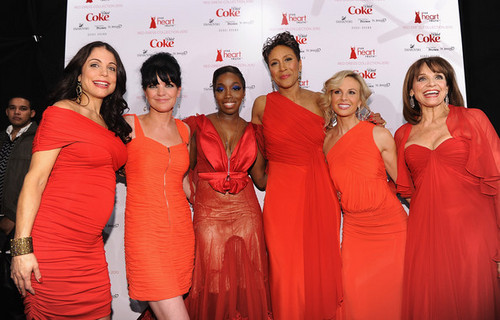 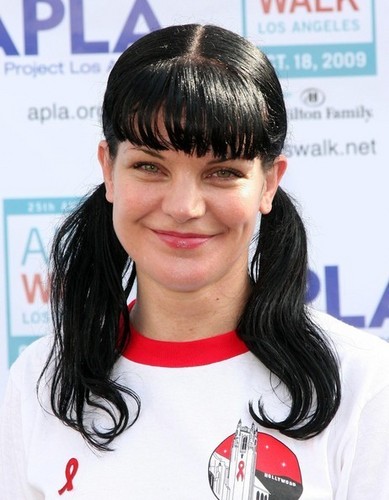 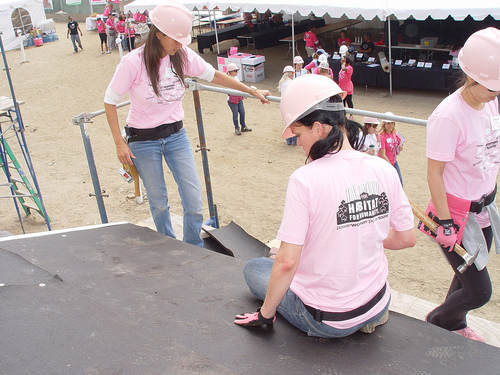 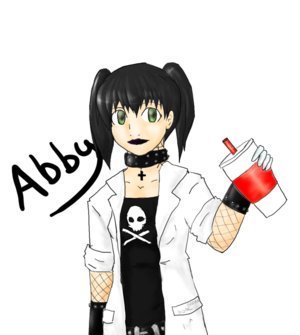 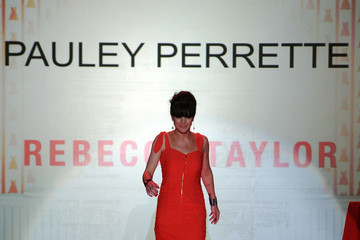 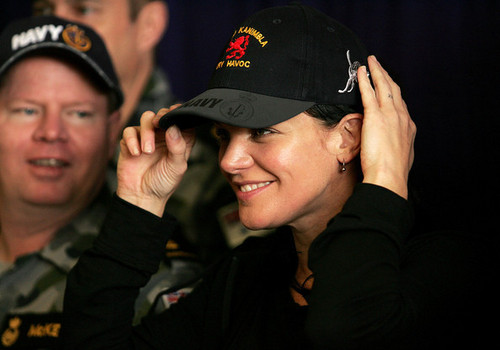 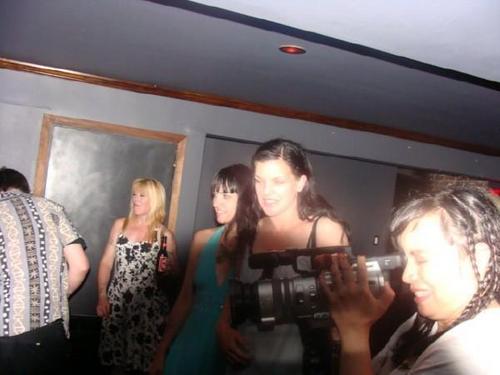 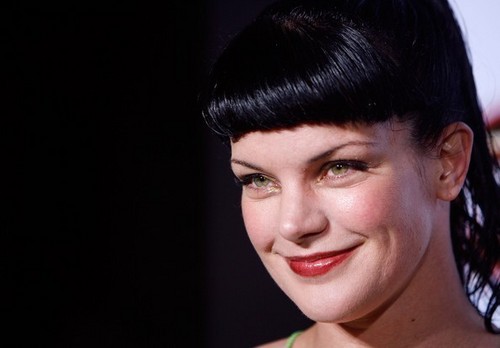 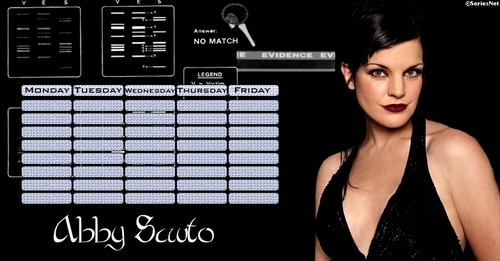 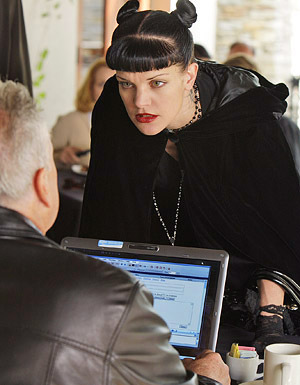 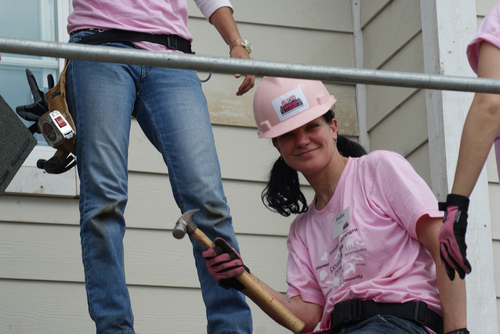 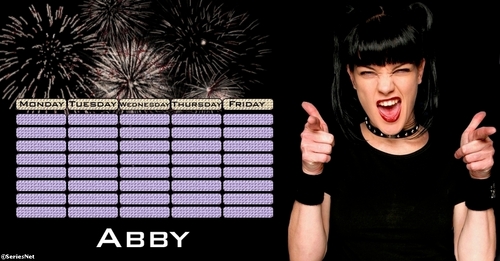 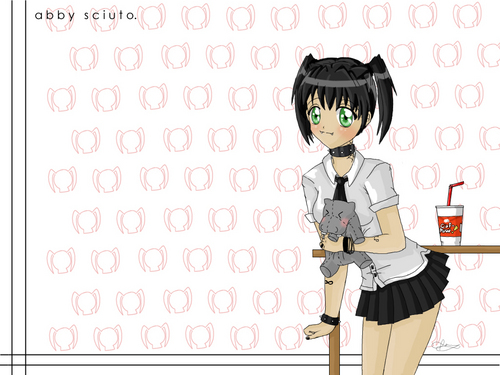 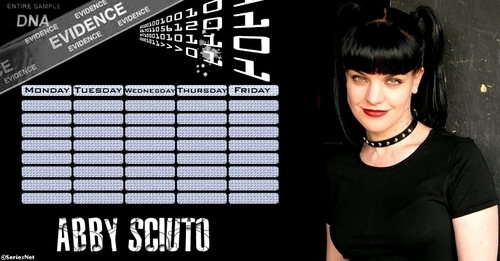 Time tables
added by p690327p
2
Kids Wish Network grants Carly’s Wish to Visit the Set of Hit প্রদর্শনী "NCIS"
posted by p690327p
When she was 11, Carly woke up one দিন with a neck ache and within an ঘন্টা she was being life-flighted to the hospital after she stopped breathing. Upon waking in the hospital, Carly found that she could no longer walk, could barely talk and could not সরানো her arms and legs. Her doctors determined that she had suffered a blood clot in her spine that caused a severe spinal stroke, leaving her a quadriplegic.

In the years since her initial hospitalization, Carly has worked hard at various therapies and rehabilitation clinics to regain her abilities to talk, সরানো her body and even walk with the...
continue reading...

mcgee loves abby the way she is
added by p690327p
video