1
Private's Book of Secrets.
posted by CuteCuddly
'Ello, everyone. It's me, Private. I am about to share something very personal with you. I hope আপনি enjoy.

Dear diary: first time লেখা in you. I guess I'm excited. I am doing this at night, because Skippah might not be happy about it.

I must tell আপনি what happened today.

We were being cute and cuddly as usual. We wanted to get some popcorn. Skippah got Rico and Kowalski to go get it, while I distrcted the boy. I had been working my waddle, so I was well prepared. We succeded and had regurgitaed popcorn. Just like Skippah's mother used to make it.

Alice actully started inforcing the 'do not feed the animals' rule. It was terrible. We couldn't eat our popcorn. I can't live without it. Skippah assured the জন্তু জানোয়ার that we would get it back though. Skippah never lets us down.

So, that night, Kowalski, Skippah and I went to the zoo's map, to find out where the ভুট্টার খই is. I learned that symbol on the map is Aztec in origin. Also, without mucus, your stomach would digest itself. I didn't really need to her that one.

Rico came with our car and his girl. Skippah ব্যক্ত we couldn't bring her though. We went to the storage fecility and went to secure the poopcorn.

Julian got to it first. Our bag had landed on Mort and he took it. Kowalski ব্যক্ত the 'finders keepers' rule was legit. Shame. But we got another bag.

We took it to the suvonieer ভান্দার and opened it up. Only, it wasn't popcorn, it was these little seed thingies. Julian ব্যক্ত they were ভুট্টার খই eggs and we had to hatch them under our bottoms. I would want to eat the ভুট্টার খই it THAT'S how আপনি get it.

We took our bag back to HQ, and Skipper started questioning a seed, egg thing. I noticed our bag sprung a leak and Alice was coming to our habitat. Kowalski and Rico went topside to distract her, while Skippah and I hid the bag in the incinerator.

He told me it's like nothing happened, then the whole HQ started shaking. We opened the door to the incinerator room and got flooded with popcorn. Of course, we didn't have time to enjoy it, because we were going closer and closer to the decrotive spikes.

The whole HQ exploded and ভুট্টার খই rained everywhere. Alice got stuck under a pile. Skippah and I flew into the air and landed in Marlene's pool.

She ব্যক্ত we were awesome and Skippah and I high-fived several times, until he missed my flipper and got my beak. I didn't mind though. We had all the ভুট্টার খই we could eat.

Later though, we ate so much, we got pretty sick of popcorn. I don't know if we'll ever eat it again. মাছ is much better tasting.
egel_0507 likes this
CuteCuddly I hope you peoples enjoyed. I want to do every episode I can think of, starting with the first. But, apparently popcorn panic is NOT the first episode. Gone in a flash is. Oopsie. Oh well, honest mistake. How about you, as the reader, give me ideas on which episode to do next. It doesn't have to be in order.
mostar1219 How about "Concrete Jungle Survival" or something? Nice story.
Gumball17 How about "Mr. Tux"? That IS the name of the episode, right?
kivamarie I like it
CuteCuddly @Everyone: Thanks for your suggestions and comments, the next one wil be...Mr Tux. Thank you Gumball17 for suggesting that.
5
It. Chapter 6: To Pennywise's lair
posted by 67Dodge
They had to find him, Pennywise the dancing clown, before he kills someone else. "Alright, I have 2 locations where Pennywise could be," ব্যক্ত Kowalski. "State the locations please," ব্যক্ত Skipper. "He could either be in the pipe system of New York, অথবা in a large area of wilderness, where he eats the children," ব্যক্ত Kowalski. "I most likely think he could be in the deepest, darkest, abyss of the sewer systems below our city," emphasized Skipper. "Possibly, but, how can we tell if Marlene's still alive?" asked Private. "Well, we didn't find a body, অথবা blood, so most likely, she's alive," said...
continue reading...
2
The secret child!- Part 4
posted by skipperfan5431
Lilly knew Skipper wasn't expecting the egg to come so soon, but hey, what was he expecting? Only mammals stay pregnant for 9 months! (nit-wit!) " Well....Yeah. The only thing we need to sort out is gow were gonna hide our kid." "We, could keep him in the lab until we find a foster zoo." Skipper suggested, Lilly honestly didn't have the most, uh.....enthusiastic reaction. " আপনি want to give him away? I thought---" " Thought what? That we were gonna KEEP him? Lilly, that's just too dangerous for our reputations. We discussed this!" Skipper ব্যক্ত sternly. " So....NOW your true রঙ are revealed...."...
continue reading... 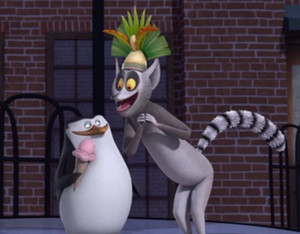 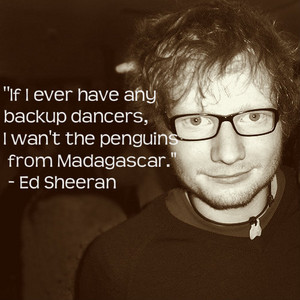 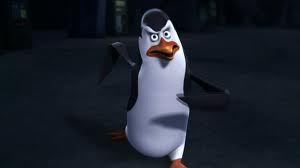 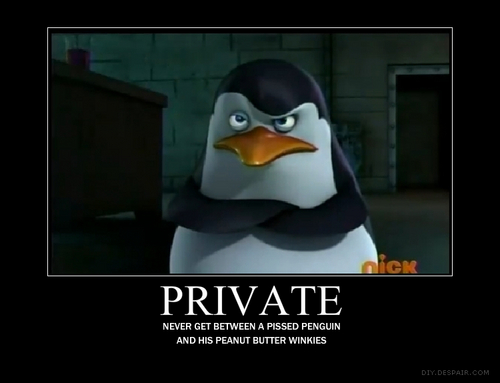 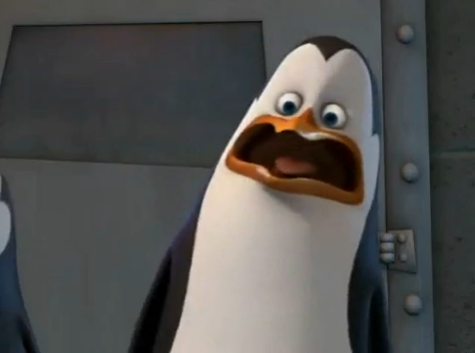 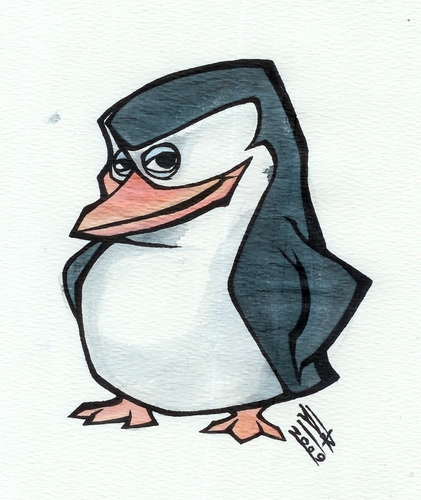 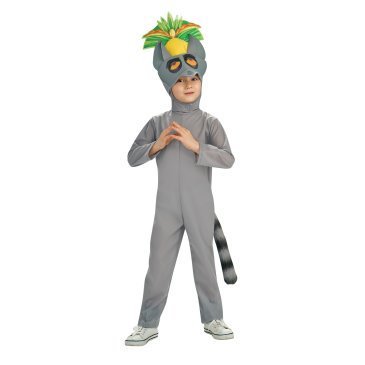 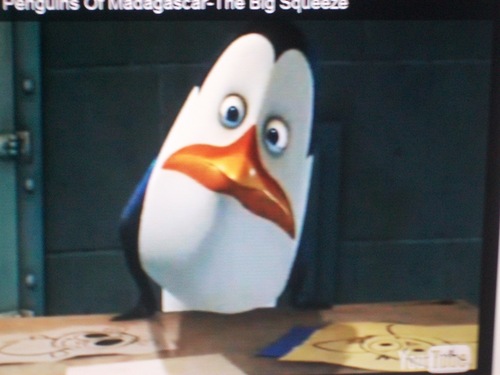 5
POM in 3D
added by krazy4kowalski
Source: The Big Squeeze 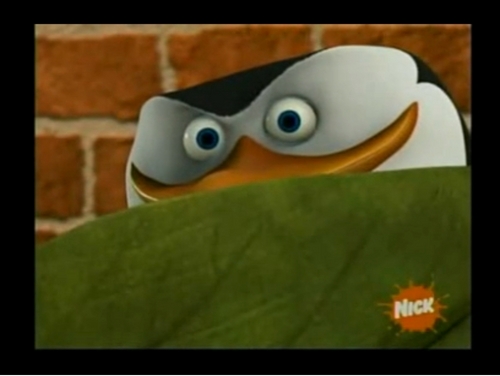 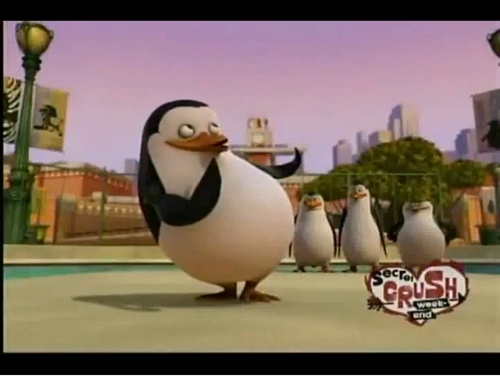 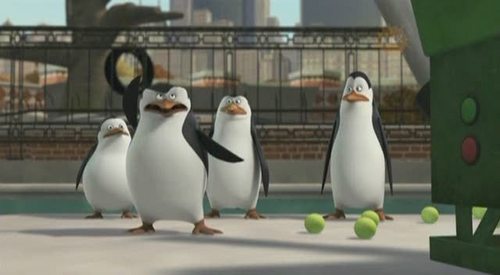 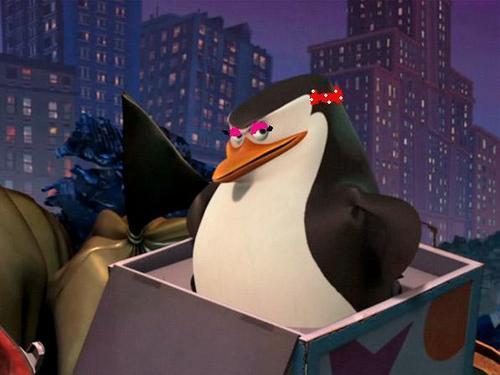 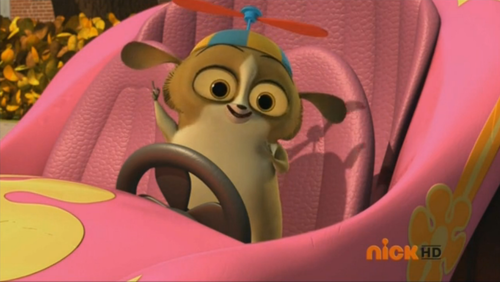 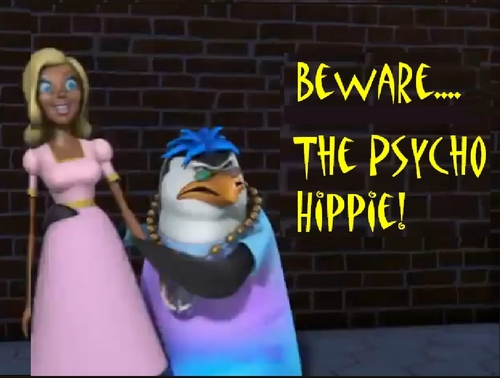 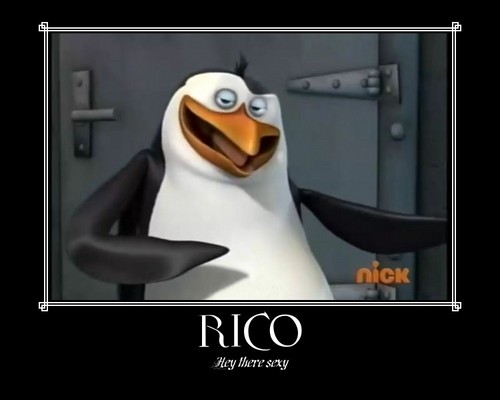 11
Rico
added by Bluekait
Source: ME 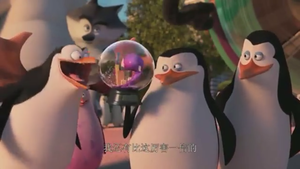