2
The Strange Case of Kowalski and Black: Chapter 1: Rejection
posted by jackandjill2
If আপনি know me well, আপনি will know that I am a HUGE Broadway freak. The Great White Way is MY way. So, I used this to my advantage: this story will be a direct spin-off of the গথ দেশীয় classic "Jekyll and Hyde" (which itself was based on Robert L. Stevenson's classic novel of a similar name). Some of the dialougue will be taken directly from the script, where I will indicate with *'s around the section, and then at the end, I'll give the name of the song and a ইউটিউব link, if I can find one (I couldn't for this first song) and also, আপনি should know that I own a copy of the "Complete Work" which includes songs that did not make it into the Broadway production. I really like a bunch of these songs and will probably be using them (this chapter being one of them :D) as well. A bunch of characters will be linked to specific characters in the show:

Dr. Henry Jekyll - Kowalski (honestly, I can't believe no one has done this yet! O.o)

Emma Carew, Jekyll's fiancee - Katrina (she's an OC from a few of my other stories on FF.Net, always been paired up with Kowalski)

Andrew Peter Kowalski was many things during his life: he was a son to his parents; a pupil to his teachers; a confidant to his friends; a soldier to his race; and a lieutenant to the Skipper, just to name a few of his many counterparts. But above all, his two পছন্দ roles were that of a scientist and, quite recently, a fiancé to his lover, Katrina.

He'd been considering the ideas behind all these roles for months now. He realized that these roles were only his good ones. Like everyone else in this world, he'd been a cheater, stealer, liar, and, the worst of all, a hypocrite at some point in his life. Oftentimes, he thought to himself on how amazing it was, that one পেংগুইন could be so many things all at once.

He finally came to the conclusion that, while the body itself had so many varied versions, the mind - the soul - had essentially two sides: good and evil. This brought a brilliant idea to his mind: What if there was a way to somehow separate these two sides, to isolate the evil in one's soul and destroy it forever?

And so the experiments had begun. He'd chosen his test subjects very carefully - mainly cockroaches অথবা other insects, and of course, he never experimented unless the subject was willing and knew what would be happening. He told no one of his experiments - not even Katrina. His plan was to wow them at his monthly invention-talk, where he presented his latest creations to the rest of the team and Katrina.

So presentation দিন came. Skipper, Rico, Private, and Katrina sat on small blocks of concrete and a small podium was set up at the front, beside which Kowalski stood nervously.

Skipper slurped his মাছ coffee lazily, then said, "All right, Kowalski - প্রদর্শনী me what'cha got."

Kowalski cleared his throat and stepped behind the podium, shuffling the notes he'd written up (he'd taught himself to read and write - with Phil and Mason's help - for researching his experiments). He was incredibly nervous - this was easily the most important presentation to date, and he didn't have any visuals like an invention অথবা a slideshow to help him out. He looked up, gulped, and began.

* "Each of us is the embodiment of two distinct and opposing forces - good and evil, each fighting for supremacy inside us. If we could separate this two forces, we could control and ultimately eliminate all evil from life. My experiments with insects have led me to believe that the দিন is not far off when this separation will be possible. To achieve it... I must be allowed to try it on a living* higher being... a bird অথবা mammal, possibly a reptile."

His confidence was shaken a little when Skipper's eyebrows went up - way up - and he ব্যক্ত disapprovingly, "Kowalski..."

"Skipper, just think of the possibilities! *Think of the world we could create! A world without anger অথবা violence অথবা strife, where man wouldn't kill anymore!* A clean, utopian society is right before us all, all I need is one person-"

"Who? Whose life were আপনি going to risk for the sake of your own fantasies?" Skipper ব্যক্ত harshly.

"Well - I was thinking Mort, since he has that immunity to pain and all..." Kowalski said. "And this is no fantasy, Skipper, this could be reality!"

"You want reality? Reality is what happened with Jiggles, and your Helmet, and the Time Machine, and the rocket to the moon, and the Luv-u-lator!"

"So আপনি don't think I can do it." Kowalski stated angrily.

"It's not exactly that," Private ব্যক্ত gently. "it's just - there are so many things that could go wrong!"

"Not আপনি too!" Kowalski groaned.

"No, the Private's right." Skipper said. "Mort's life is at stake - and what if আপনি did succeed? Where would all the evil go?" Kowalski froze for a সেকেন্ড - he hadn't really gotten that far yet...

"That's why I need to experiment!" Kowalski cried out exasperatedly. "I need to know these things -"

"No, Kowalski." Skipper ব্যক্ত seriously. "No আরো experiments. I know আপনি have good intentions, but someone's life অথবা sanity is not something to mess around with. As your commanding officer, I forbid আপনি to continue with this."

All Kowalski could do was stare. He'd never felt this angry, অথবা disappointed - he'd been so sure Skipper would agree, if anyone wanted no evil in the world, it was Skipper... Kowalski stood alone as Skipper called his team for drills outside. For once, no one asked প্রশ্ন as to why Kowalski wasn't going, too.

Or, at least, he thought he was alone... he felt a gentle flipper slip into his own, and he looked to see who it was.

"Katrina," he said, somewhat surprised - he'd forgotten she was here too. "you don't think I'm a lunatic, do you?"

"No, and Skipper doesn't think you're a lunatic." she ব্যক্ত kindly. "I do think you're on the right trail -"

"- but you're going at it the wrong way." Katrina continued. "Isn't there some way to get the information without a live subject?"

"There isn't, Katy." he ব্যক্ত sadly. "These experiments are completely unprecedented. I do wish there was a way to do it without hurting someone… I've tried therapy techniques, countless combinations of different drugs and medicines… do আপনি have any idea how many insects I hurt just to get where I am now? Dozens of poor souls that I ended up administering 'mercy killings', they were in so much pain…"

He stopped. He hadn't meant to tell that much - Katrina was shocked still. He added hastily, "But I'm positively sure that won't happen again, now with this new formula - there will be some pain, but theoretically separating all evil from your own soul shouldn't be a walk in the park-"

The song used was called "Board of Governors". (You'll find a song called that, but the version I used got changed quite a bit.)

I hope আপনি like it, I know I প্রণয় লেখা it!

(One last thing - There's a bunch of different versions of the প্রদর্শনী on ইউটিউব - the actor I'm mostly basing Kowalski off of is Rob Evan. If আপনি stumble across the official DVD version, starring David Hasselhoff, of all people... I apologize in advance.)

Review!
Rico4ever16, Neropenguins and 1 other like this
beastialmoon Yaay Its up! I havent read it yet on FFN, so I'm gonna continue reading it here. xD Great so far!
SandMCLASSIFIED gr8 stry!
1
can আপনি feel the প্রণয় tonight
posted by anna447
s:I can see whats happening
k:what?
s:and it an't hard to see
r:what?
s:they'll fall in প্রণয় and heres the bottem line our team is down to three
k and r:oh
s:the sweet coress of twilight theres mige eveywere and with all this romintice admisphire desisters in the air
(seane change to forist seance)
bager sisters:can আপনি feel the প্রণয় tonight the peace the evening brings the world for once in perfet harmeny with all its liveing things
p:so many things to tell her but how to make her see the trouth about my past?inpossable she'd turn away from me
m:he's holding back he's hiding but what I can't deside...
continue reading...
1
The jealousy of a girl- Part 3
posted by skipperfan5431
When everyone finished their snowcones and started back for the zoo, something was-- wrong. Everyone, especially Lilly and Marlene, was in an akward scilence. "Uhhh.." mumbles Rico with a rather akward tone. " Sooo..." উত্তর Private. আরো scilence. Then everyone hears a loud " BAM!" Everyone looked around to find the উৎস of the sound to realize Marlene-- was missing. " I knew we should have left her!" cried Lilly. " This happens every, AHHH!" Just as Lilly was speaking,phsyco Marlene jumps out of a গুল্ম and latches onto Lilly's head! " Let's go boys!" yelled Skipper. " Rescue manuvers...
continue reading... 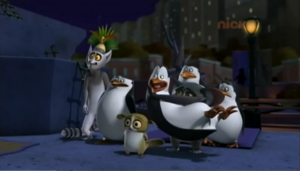 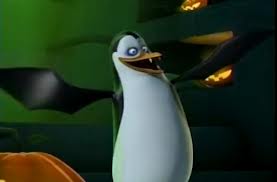 12
The Terror of Madagascar
added by sparks_90
Look what I found, maybe not a good quality but it's something :D
video
দ্যা পেঙ্গুইন অব মাদাগাস্কার
skipper
kowalski
rico
private
julien
marlene
episode

7
Stop Bugging Me
added by SJ_waddles
HAHAHA this is so funny! and when আপনি see Rico, why is he puking up, well আপনি just see XD
video
দ্যা পেঙ্গুইন অব মাদাগাস্কার
episode 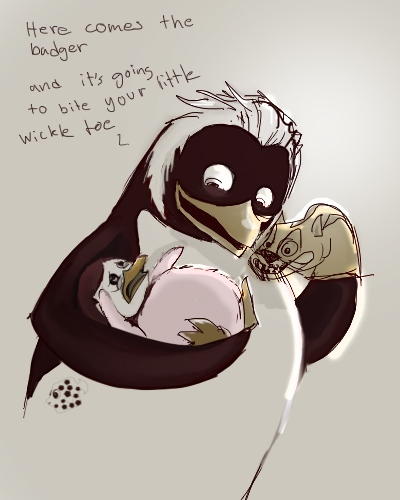 36
The reason
added by B0XFISH
Source: Me 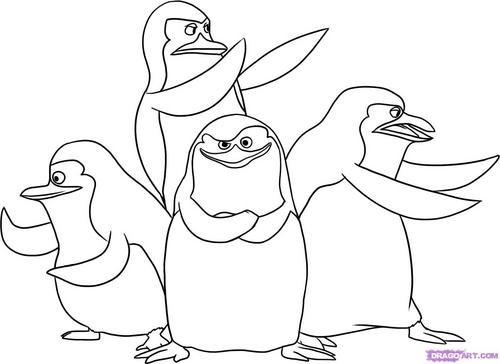 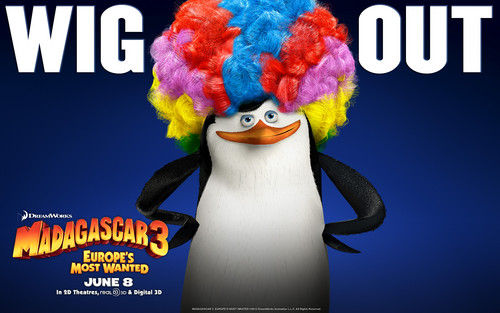 9
Skipper with a clown wig
added by Penguinator
Source: http://www.madagascarmovie.com/ 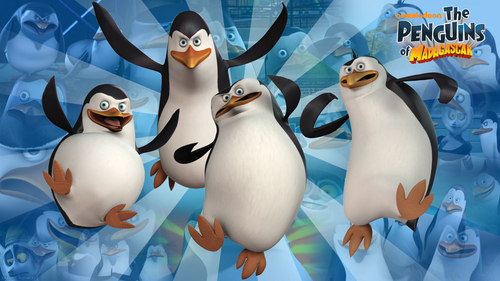 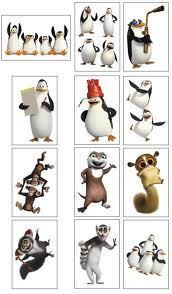 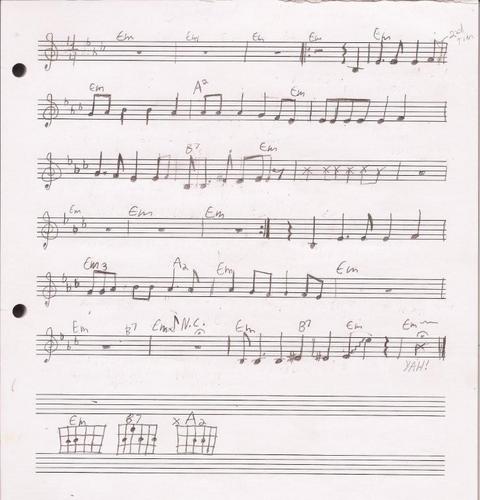 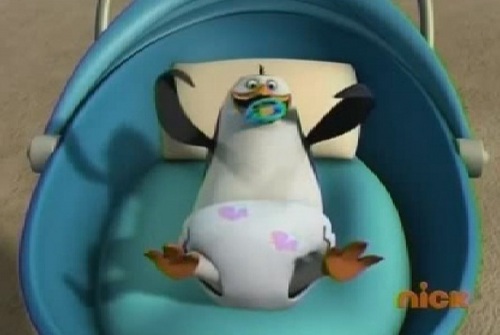 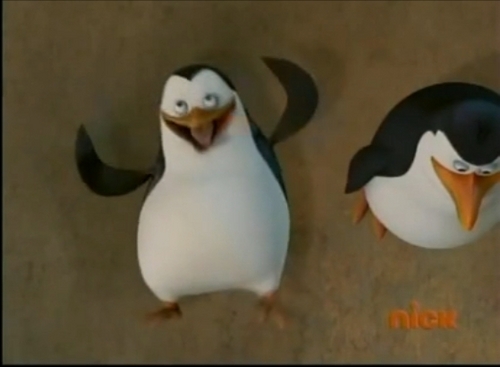 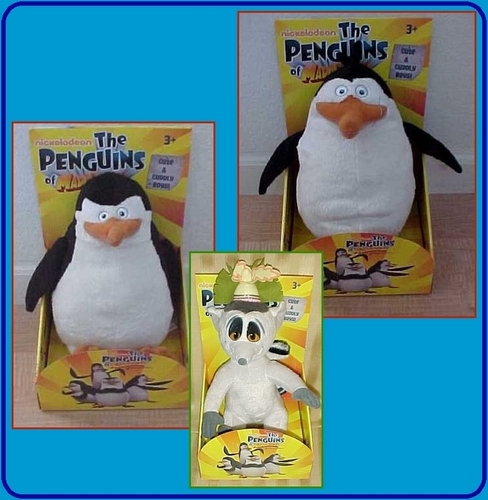 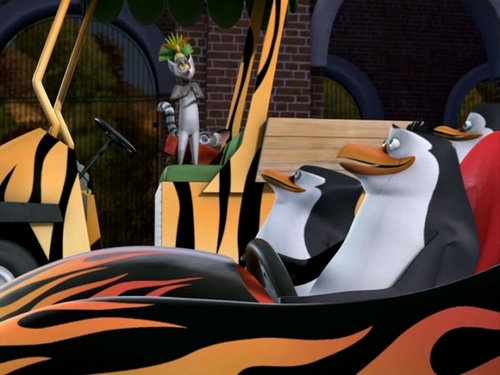 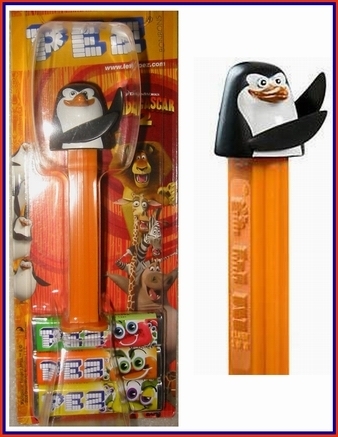 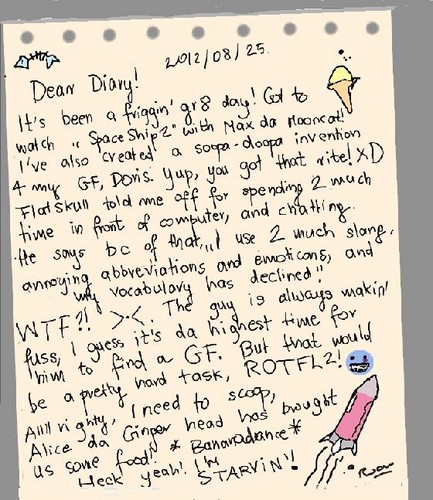 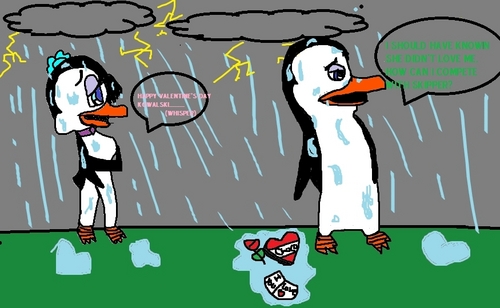