8
10 reasons why i like saw
posted by SAWxLOVER
1.im the kind of girl that loves gore and lots of blood
2.tobin ঘণ্টা has an amazing role in saw as a serial killer that battles cancer
3.the traps are so interesting and mind teasing
4.the group of victims (like in saw 2) have to work together
5.amanda has a very realistic role and i প্রণয় her character soo much!!!!!!!!!
6.john kramer has an actual reason for trying to kill people, অথবা to teach them a bloody lesson.
7.all the চলচ্চিত্র make me wonder if the'll ever be a BOOK
8.jigsaw is also my real life nickname
9.saw I kept me wondering if the'll ever be a saw 2 and now im wondering if they'll be a saw 7
10.i প্রণয় it because it makes actual SENSE and value to life
1
SAW: Gideon's Game-Introduction and First Chapter
posted by sawfan13
All Saw অনুরাগী know that John and Jill's baby Gideon died from a stillbirth. True, but what if it never happened? What if Gideon had lived and lived on John and Jill's legacy? What if none of them knew that Gideon was really alive, but was kept secret? This had been pondering in my thoughts for quite sometime now, and I feel like as a অনুরাগী and a writer that I should share my thoughts of what would happen if Gideon Kramer never হারিয়ে গেছে his breath of life. So, as to make things আরো interesting: Hello Saw fans, Gideon wants to play a game.

First Chapter- What the Doctors Never Told Them

I never knew...
continue reading...
What's better then Luke Skywalker? Billy.
posted by ThatsLeft
I sent Frank in with Luke and a team of 47.5 troops into the devils death trap. Frank killing all but Luke, including the machine. Luke my brother and আরো like his father every day. Luke will torture little girls. Frank only tortures for further intelligence against the enemy. Trained দ্বারা the military for that. After he is done, he simply cuts the nuts off. His reasons being in pain they die, so may it be better for them, at that before hell. Some will never like the face of God, but all who are saved দ্বারা God do.
Spiral: the Saw reboot
posted by Ladyblog_2015
Spiral: From the Book of Saw is bringing Jigsaw back to our screens, but even though this is the ninth Saw movie, it's set to be a fresh start for the franchise.

After the failed reboot of Jigsaw in 2017, Lionsgate announced in May 2019 that Chris Rock was teaming up with regular Saw producers Mark Burg and Oren Koules on a "reimagining" of the franchise, with Rock working on the story and also starring in the movie.

Saw II, III and IV director Darren Lynn Bousman returned to the series to direct the movie, with Jigsaw writers Josh Stolberg and Peter Goldfinger back on scripting duties. However,...
continue reading...
Only আপনি can save them “Billy.”
posted by ThatsLeft
This is The Hero of Saw speaking. The only Hero to hold a title. Saw watches everything, all Hero’s watched, but never like Saw watches me. Perfectly sinless, if ever I sin, punishment is torture for life. His name is Frank, The Mason King, Quetzalcoatl, and gay at that. He use to live at my location, with his fraternal twin, Freddy The Devil Cougar, Xolotl. I near identical to Freddy, myself as Nanahuatl. We both hate Freddy. “Billy executes Kingpins, lured to kill me.” Demons invading extremely radiated areas, near by. His old home, stands over The Gates of Hell, largest Satanic Temple, in the world. The Pratt’s have them captive, can He Who Watches, Save Them? Thank you, from Horror Central.
My Honest Opinion On Jigsaw/Tobin ঘণ্টা
posted by ChuckyLover1 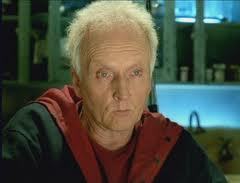 I think Jhon/Tobin is a good man দ্বারা what he done. He learned in the past he's made mistakes that he can't fix. But in the future he can change. So at once he thought his life was worthless probly. Then he thought twice and decided to change. And im soo glad that he did this, he is VERY smart with it. And I like that saying those who don't APPRCIATE LIFE, don't DESERVE life. And so he is setting a good example for the people that have to be soo cruel. So when I watch his চলচ্চিত্র and he put's these peoples int raps, I used to think he was doing it for fun but no, he's not I understand WHY he does...
continue reading...
1
The Saw series
posted by 1122ridr 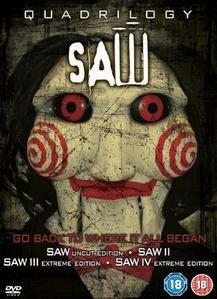 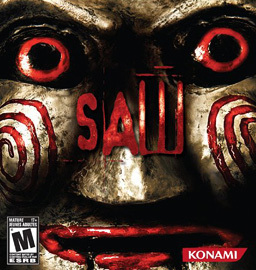 also known as Saw: The Video Game, is a third person survival horror video game with action elements that was developed দ্বারা Zombie Studios and published দ্বারা Konami. The game launched on the PlayStation 3 and Xbox 360 consoles, with a downloadable version released soon after for the Microsoft Windows platform. The game was first released on October 6, 2009 in North America and was released later that বছর in other regions. The Microsoft Windows version was released a few weeks following the initial release for consoles on October 22, . It is an adaptation of the Saw film series that was released...
continue reading...
SAW: Gideon's Game-Second Chapter
posted by sawfan13
সেকেন্ড Chapter- The Pure Origin of John Kramer

As we got to the warehouse, I looked at Dr. Gordan and asked,"So, what was my dad like as a person?" "He was truly amazing. Though what he did was controversial and probably wrong to others, he was in fact a sweet man. He loved life. He took the smallest things in life and made them into something that people should enjoy everyday. He died tragically, however." "Yeah, cancer's a bitch, huh?" "He didn't die from that. He died in the middle of a test. A man, an angry man grabbed a saw blade and sliced his throat. Everyone in that room died that night....
continue reading...
You Might Also Like... 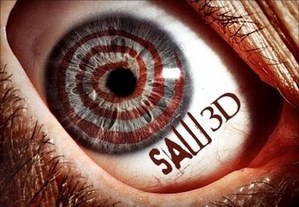 is a 2004 American-Australian horror film directed দ্বারা James Wan and starring Cary Elwes, Danny Glover, Tobin Bell, Shawnee Smith, and Leigh Whannell. The plot of the film was conceived of দ্বারা James Wan, while Whannell wrote the screenplay. It is the first installment of the Saw film series. The film's story revolves around two men who awaken kidnapped and chained in a dilapidated industrial bathroom. They are each প্রদত্ত instructions via a microcassette recorder. One is told he must escape the bathroom, while the other is told to kill him before a certain time, অথবা his family will die. These are...
continue reading...
A New Nemesis pt.1 : Versus Again
posted by magicZ101
BLAM! BLAM! BLAM! "I'll go get the door." Slenderman said, as he grabbed the knob and open the door, he was shocked to see...... "JIGSAW!" he yelled, "Don't mind me, I was looking for my nemesis, can আপনি call her here ?" Jigsaw ব্যক্ত seriously, "Your nemesis ?!?!?!" Slenderman yelled, "Yes, we were legally v.s. each other, 5 days before আপনি came to her school and started a fiasco." Jigsaw explained, "Is this true? Why didn't আপনি mention this before ? " Slenderman ব্যক্ত to me, "I'm sorry, I didn't remember much back then." I ব্যক্ত nervously, "Now how are we supposed to fix this?" Slenderman said,...
continue reading...
The Game
posted by Eviem99
Mark woke up. he was tied to a chair with a metal device around his neck and chains around his arms and feet in a dark and creepy hospital. the TV turned on and a puppet with a white face appeard with circles on his cheeks.
Jigsaw: hello Mark i want to play a game.
Mark: w.. what the fuck is going on!
Jigsaw: til now আপনি have treated life like your own game lied and tricked those who প্রণয় you. but now it is your turn to play.
Mark: LET ME OUT OF HERE!!!
Jigsaw: your wife has no idea about Janet your secret misstress আপনি have told both women that আপনি প্রণয় them আরো than anything but now আপনি must...
continue reading...
2
Saw Remake!?
posted by 1122ridr 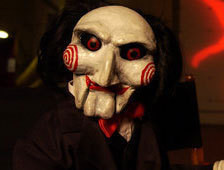 "Remember when we told আপনি that Lionsgate was planning on remaking the Twilight films? আপনি can go ahead and just replace "Twilight" with "Saw"…

"Sources we trust tell Bloody exclusively that Lionsgate is tinkering with the idea of either making Saw VIII, অথবা rebooting the Saw franchise altogether. It should also be noted that nothing is official, and nothing has been decided. Things are at infant stages at this time, but rest assured, Jigsaw will return.

"Even though Saw 3D was dubbed the “final” entry, we’ve been very firm (and public) in our stance that Lionsgate had আরো up their sleeve.

"Are আপনি ready to play another game?"
This Makes Me Soo Mad When John Got Hurt
posted by ChuckyLover1 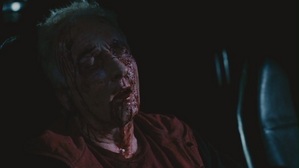 I wana pull shame on that Detective Mathews cop on Jigsaw 1 for beating the hell out of John in this picture, when I saw the movie it made upset and I wanted to cry, I couldn't stand it, I CAN'T BELIEVE MATHEWS, WOULD NOT GO GET JOHN A DAMN CUP OF WATER when he needed it Mathews was soo screwed up with his life he had to hurt John and refuse everything John was teaching him. I ought to beat the hell out of that cop for hurting John, John is a good man and he did what he did for reason and I don't blame him, when I see him in pain in this first picture.. OH MY GOD i wana burst into tears. 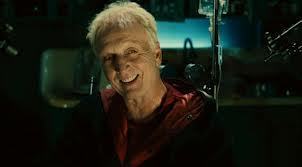 This Is Just Sad, I Want To Cry Right Now, READ THIS প্রবন্ধ
posted by ChuckyLover1 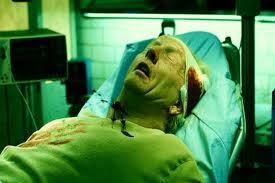 Now I want yall to take a look at those pictures of John Kramer down there in agony and pain. All because he tried to do something good, and some people don't even appreciate it. And he got cancer, it's sad and he had a good career going, HE WASN'T A KILLER, he was a SAVIOR OF LIFE. People, understand that he cared! Some people didn't care if he died because of all the good things he did, he didn't kill for the heck of it, he did for a chance of life. He is a HERO not a KILLER. We should be thankful we even have life because of him, without him I don't know, I প্রণয় him soo much for him doing what he does, and he needs to keep doing it.

LIVE ON JOHN KRAMER/TOBIN BELL...
ur a good man 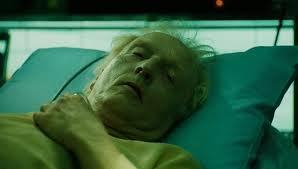 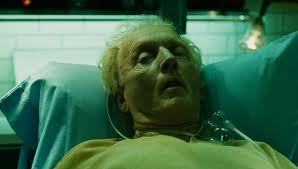 3
Why Saw isn't your regular horror
posted by Iheartdrwho
First of all, the thing that sets the Saw franchise apart from other horror films, for me, is the killer which it’s centred around. John/jigsaw has a rich and believable back story. The fact that he was diagnosed with cancer and survived a suicide attempt means that he has clear motive as to why he wants people to appreciate life more. As the story unravels we find that his dreams were shattered in horrific conditions. His subjects are chosen based on the premise that they take the gift of life for granted. Therefore, he's not your typical mental-hospital-escaped অথবা just-felt-like killing...
continue reading...
More Cards
1234567891011