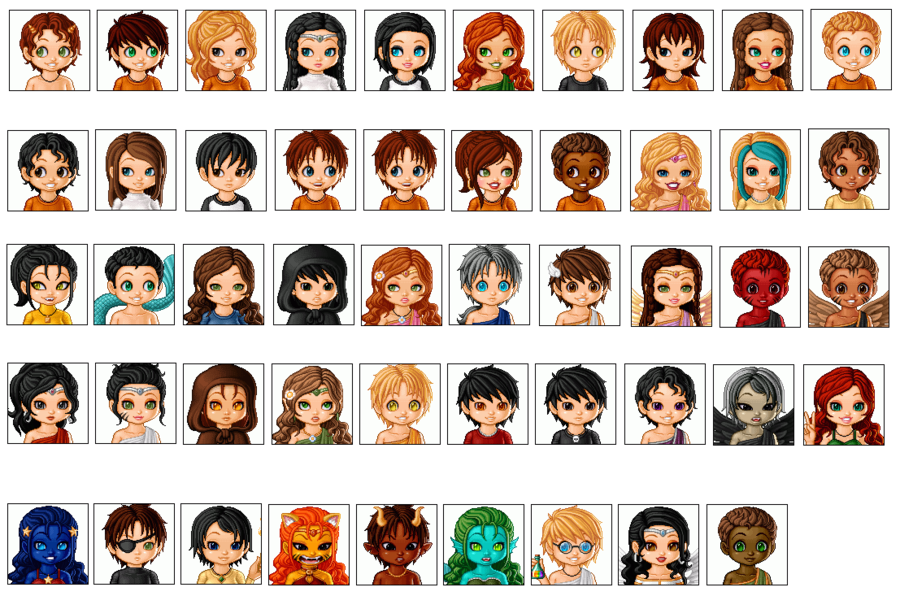 added by fabfamily99
Source: KrazyTaco601
ছবি
the red pyramid
pjo
hoo
the kane chronicles
chracters
Morganfox82, princesswolfie7 and 1 other like this
fabfamily99 Why did this upload twice?! Anyway(Icopied this) here goes:These are 46 demigods, gods, magicians, and mythical creatures I made on lunaii dollmaker from the Percy Jackson series, the lost hero, and the red pyramid by Rick Riordan. I was going to make you guess to see how many you could get but i changed my mind. FIRST ROW: Grover Underwood, Percy Jackson, Annebeth Chase, Zoe Nightshade, Thalia Grace, Juniper, Luck/Kronos, Clarisse, Piper, Jason Grace SECOND ROW: Leo Valdez, Bianca di Angelo, Nico di Angelo, the Stole brothers, Selena Beuregard, Charles Beckendrof, Aphrodite, Sadie Kane, Cater Kane THIRD ROW: Bast(cat goddess), Poseidon, Sally Jackson, Hades, Persephone, Zeus, Hermes, Isis, Set, Horus FOURTH ROW: Athena, Artemis, Hestia, Demeter, Apollo, Ares, Anubis, Dionysus, Ms. Dodds(fury), Rachel Elizabeth Dare FIFTH ROW: Nut(sky goddess), Ethan Nakamura, Zia Rashid, Sekhmet, Minotaur, Mermaid, Thoth(god of wisdom), Hera, Geb(god of earth) I know that i might not have all the descriptions or the names right but i really tried. PLEASE comment on what was wrong so i know what to improve. Also if i missed someone that you want me to make just ask. ill see what i can do. Since some of you have mentioned Sadie has red highlights I would like to tell you why i made her highlights blue. When they were on the boat heading to the land of the dead she redyes her highlights blue and i like blue better then red in this case.
travisishot WoW tHiS iS rEaLlY gOoD wHy Am I wRiTiNg LiKe ThIs 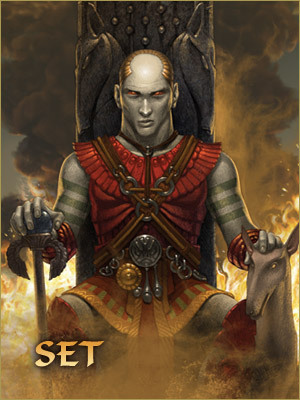 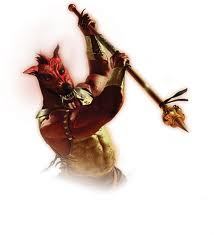 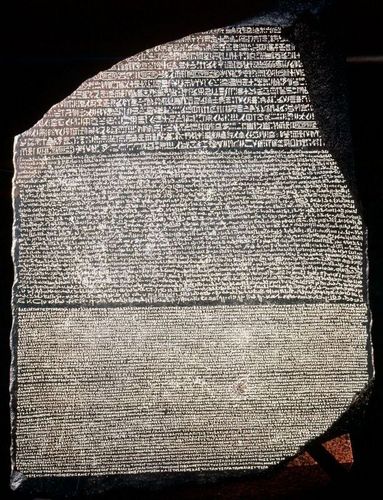 The Rosetta Stone
added by Twilightzook 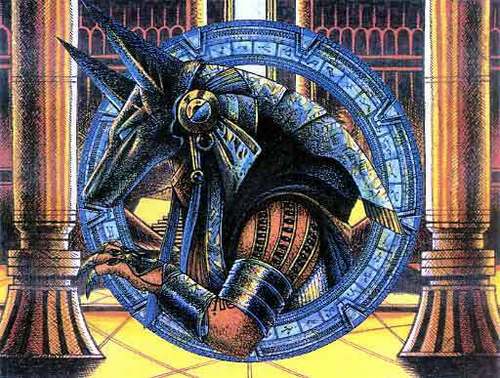 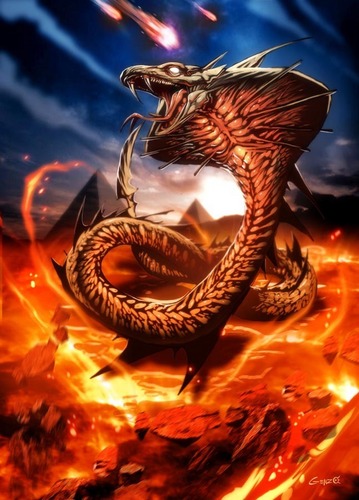 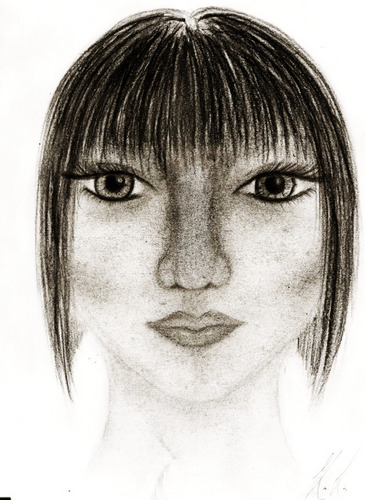 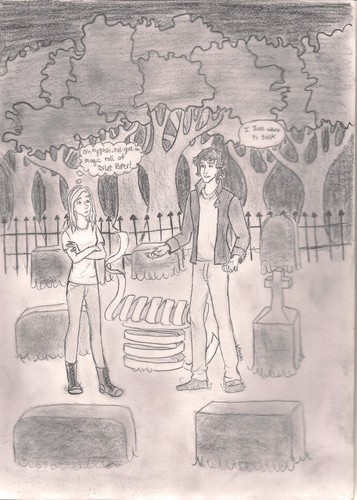 Kane chronicles
added by LinzBell
Source: LinzBell
3
Do আপনি Like The Switching Points of View???
posted by fabfamily99
Do আপনি like the switching points of view in The Red Pyramid? I do. If not, which view do আপনি like better? At some points I like Carter's more, and at other points I like Sadie's more. I really think that the switching of মতামত was a good idea because at that time Sadie may be trying to sleep অথবা may be unconius. অথবা Carter was waiting for Sadie and Anubis's talk to end while they were at a funeral in a parallel universe. (Yes these are examples of the book.) If আপনি couldn't have Sadie's point of view and Carter's point of view switch off, who would আপনি rather it be? I would do Bast and Zia. Bast...
continue reading... 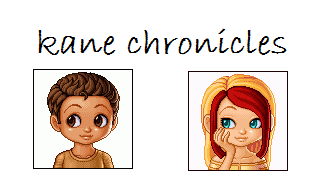 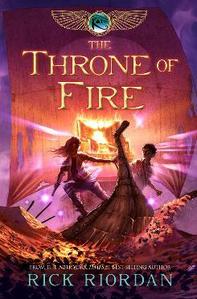 I'm guessing when আপনি read this, your just going to be আরো impatient for waiting for The সিংহাসন of Fire.

The story of Carter and Sadie with their new tranies(hope I spelled that right) travelling the world to find The Book of Ra! Exiting start, exiting middle and ending.

I hope all of us won't be let down দ্বারা RR(which is VERY unlikely) when the book is released.

P.S If আপনি DO get আরো impatient, sorry... 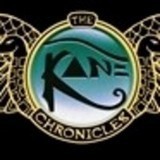 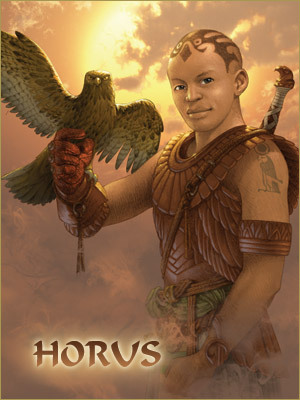 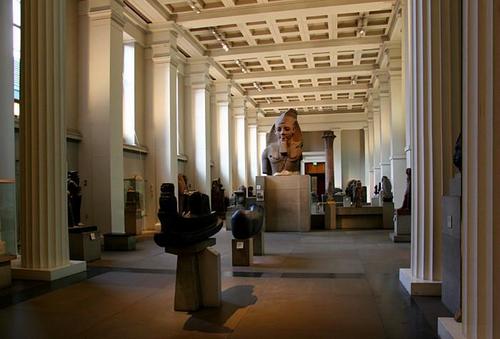 The British Museum
added by Twilightzook
Thoth
posted by ngweien
Thoth - God of Wisdom, Time, লেখা and the Moon, head of an ibis

Thoth invented hieroglyphs, the picture লেখা of Ancient Egypt. He was the measurer of the earth and the counter of the stars, the keeper and recorder of all knowledge. The দোচরা is a bird rather like a stork, with long legs and a long beak which it uses for prodding in the mud to find small fish. It was a symbol of wisdom and learning because it has a beak shaped like a pen which it dips in the mud, as if it was ink.

The Book of Thoth had two spells in it. If আপনি read the first spell aloud, আপনি would be able to understand every...
continue reading... 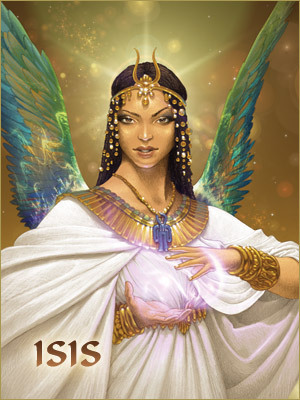 The sky is Nut's body, arching from horizon to horizon. Geb is the Earth, lying beneath her. During the day, Nut and Geb are separated, but each evening Nut comes down to meet Geb and this causes darkness. If storms came during the day, it was believed that Nut had come closer to the earth.

Nut was married to the King of the Gods, Ra, but she was in প্রণয় with Geb. When Ra found out, he was angry and ব্যক্ত that Nut could not give birth to any children during the 360 days of the year. Nut was unhappy...
continue reading... 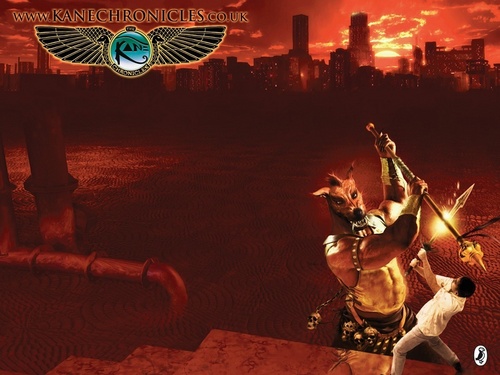 The Red Pyramid--UK Cover
added by fabfamily99
Source: bing.com and scholastic book club
Ra
posted by ngweien
Ra - Sun God, King of the Gods a বাজপাখি crowned with a sun disk অথবা a man with a falcon's head

Ra was the God of the Sun. He sailed across the heavens in a নৌকা called the 'Barque of Millions of Years'. At the end of each দিন Ra was thought to die and sailed on his night voyage through the Underworld, leaving the Moon to light the world above. The নৌকা would sail through the twelve doors, representing the twelve hours of night time. The পরবর্তি dawn, he was born again.

It was not always smooth sailing. During the দিন Ra had to fight his chief enemy, a snake called Apep. He was helped দ্বারা the other...
continue reading...
More Cards
1234567891011