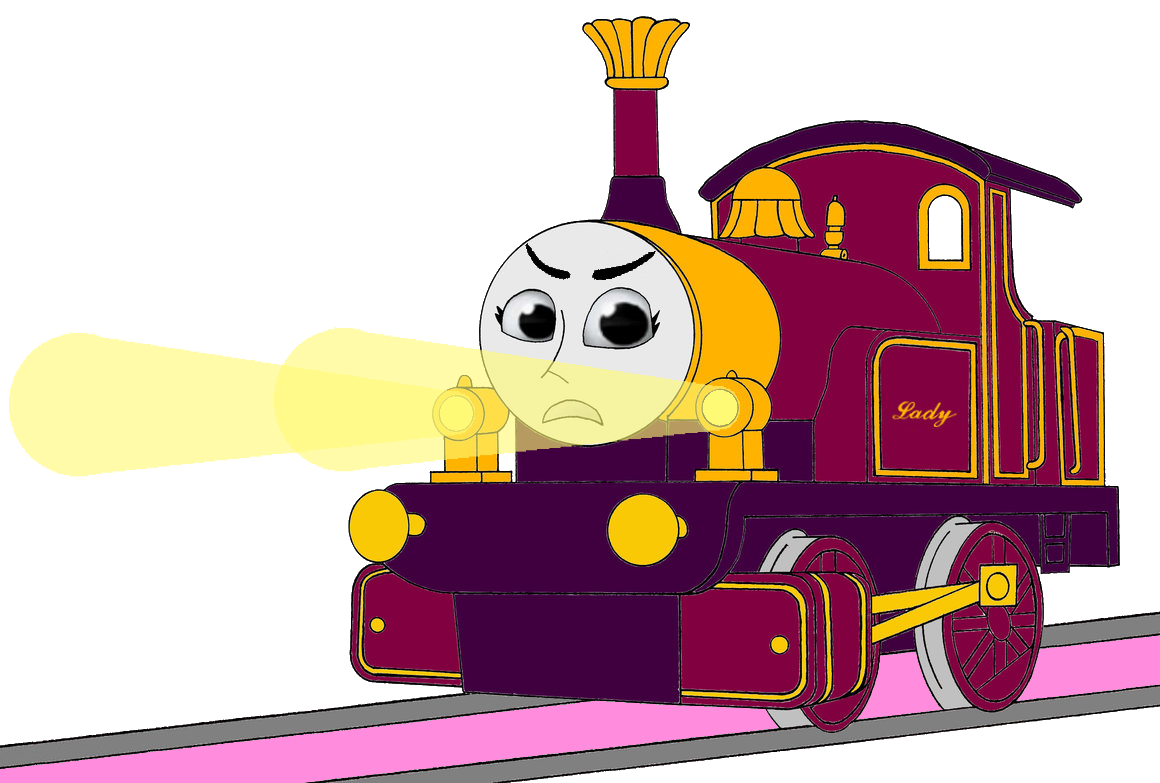 added by Fredericko007
ছবি
Trainz Episode 43
posted by Seanthehedgehog
At Mossberg Harbor, a band was playing সঙ্গীত inside the station: link

Sean & Jerry: *Next to each, waiting to leave the harbor with their trains*
Jerry: That band has really great music.
Sean: Yeah, but sometimes, they play too loud.
Jerry: Since when?
Sean: Last night, when we were all trying to sleep!
Audience: *Laughing*
Jerry: I didn't hear them.
Audience: *Laughing*
Sean: Of course আপনি didn't. আপনি can sleep through everything.
Panzer: *Stops পরবর্তি to Jerry* Hello Jerry. Me, and Robert were sent here দ্বারা Mr. Bruce to deliver clothing. Since Kenny left our railway, things have been getting...
continue reading... 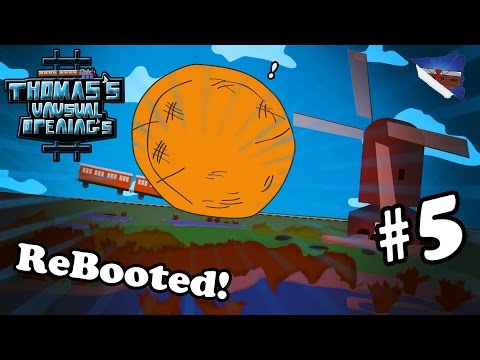 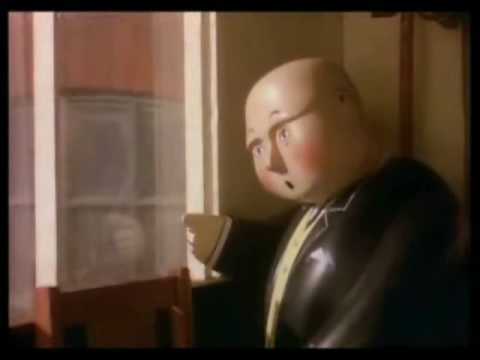 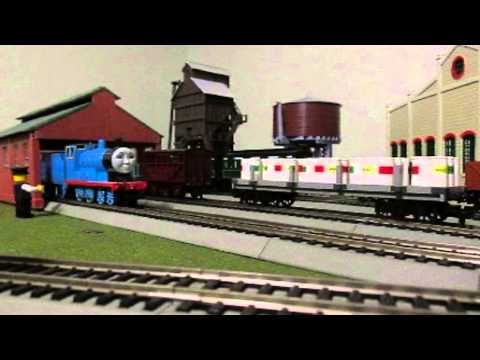 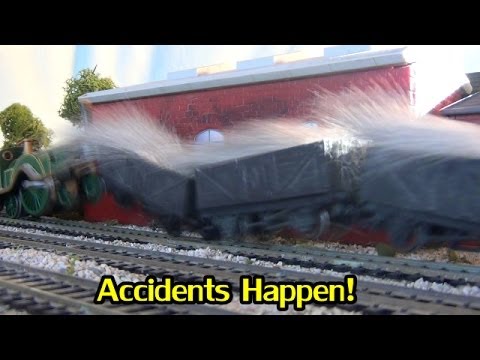 Stacey: *Calling Burnett*
Burnett: *Answers phone* Hello?
Stacey: Burnett, it's Stacey Jones.
Burnett: Stacey, what's happening? And where's Lily?
Stacey: That's the point. She's not here.
Burnett: What are আপনি talking about?!
Stacey: She left with some guy as small as Mr. Conductor.
Burnett: Aw, she must be on the Island Of Sodor.
Stacey: Where's that?
Burnett: Seriously? Mr. Conductor told আপনি he was going there, and আপনি forget?
Stacey: I'm sorry! I've got an important job here, and it's not easy to remember so many things...
continue reading...
Trainz Skit 15
posted by Seanthehedgehog
Mr. Bruce's face

Starring everyone as theirselves

The five diesels were playing যেভাবে খুশী instruments as they continued their journey.

Salty's Secret and Other Thomas Adventures (2002, Widescreen)
added by Seanthehedgehog
Do আপনি mind?! I'm trying to get some sleep!
video
বন্ধু
and
thomas
episode
tv প্রদর্শনী
theme
thomas the train
thomas and বন্ধু 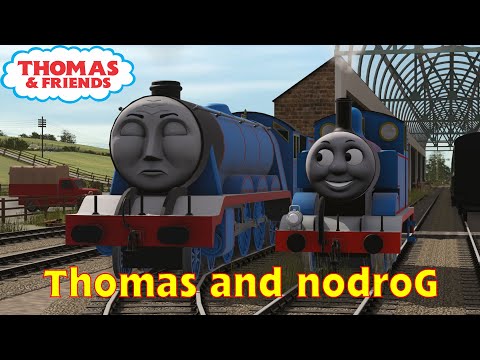 Thomas and nodroG
added by Seanthehedgehog
Don't let your kids watch it! There's a wonky whistle!
video
বন্ধু
and
thomas
episode
tv প্রদর্শনী
animated
thomas the train
thomas and বন্ধু
theme
You Might Also Like... 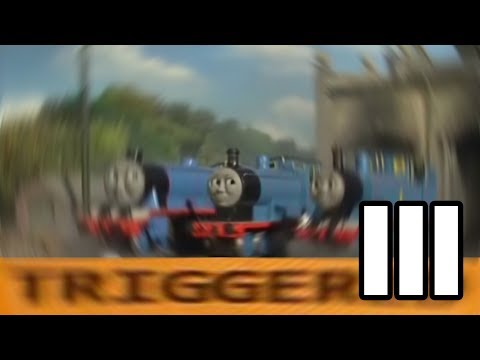 Narrator: Trainz was filmed in high definition before a live studio audience, but আপনি already know this, so moving on.
Audience: *Laughing*
Sean & Ian: *Coupling up to a freight train in the yards*
Sean: I think this is the first time we've ever worked together on a freight train.
Ian: I agree.
S.B: *Walks over to the two diesels* Hi fellas. Where are আপনি heading?
Sean: Mossberg Harbor.
Ian: Want to যোগদান us?
S.B: I'll stand on your walkway.
Sean: Won't আপনি freeze?
S.B: I've got a কোট suitable for the arctic. I don't think I'll freeze. *Climbs on Ian's ladder, and stands on his...
continue reading... 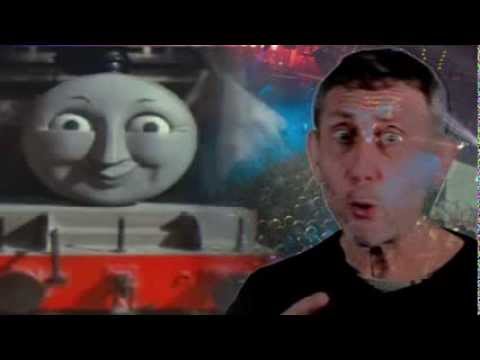 Ethan: *Stops inside the station* Ladies and gentlemen, the refreshments.
Passenger 959: That's great, but-
Passenger 5553: When does season 6 start?
Ethan: Beats me. It doesn't even take place on this railroad. Wait, actually, I think it does. Or, at the interchange with Kenny's Line at least.
Passenger 557: Will আপনি be in it?
Ethan: Nope. I'm just promoting it in this short.
Passenger 959: I wish আপনি were in it.
Ethan: It's okay. I'll be in plenty of other episodes.

The refreshments were unloaded, and Ethan took off with the empty freight cars.

Ethan: And for those of আপনি that are wondering about the season 6 premiere, it will be on Memorial Day. Don't be late.

And this is the end. It's not called a short for nothing. As a matter of fact, this is the shortest short of them all. Until someone makes a shorter short. Bye for now. 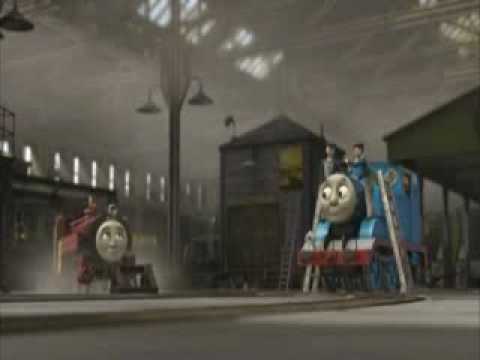 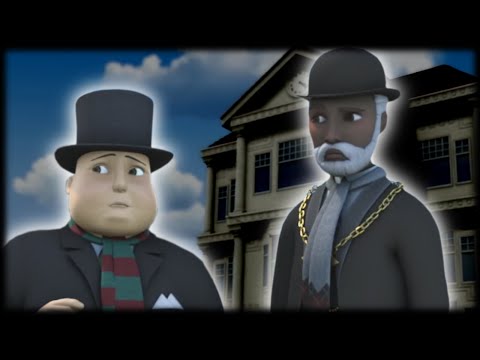 Political Realities
added by Seanthehedgehog
The mayor is a ------!
video
thomas
and
বন্ধু
episode
tv প্রদর্শনী
thomas the train
thomas and বন্ধু 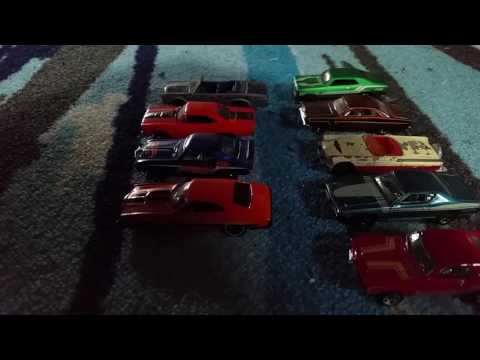 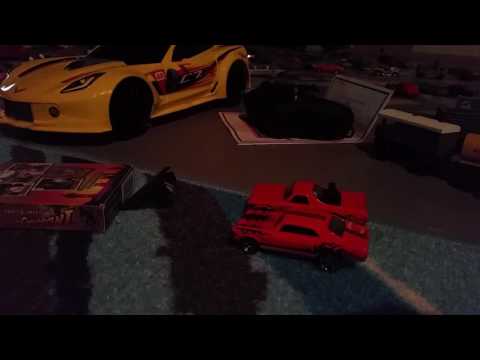 The Bad Quality Adventures of Thomas & বন্ধু Episode 16
added by Seanthehedgehog
video
thomas
and
বন্ধু
episode
tv প্রদর্শনী
thomas the train
thomas and বন্ধু
Trainz Episode 96
posted by Seanthehedgehog
Hannah: *In Impala Station, looking down at the tracks nervously*
Mily: *Stops পরবর্তি to her* নমস্কার Hannah. Everything alright?
Hannah: Jade, and Alinah are missing.
Mily: What?
Hannah: I haven't seen them anywhere on this line in two weeks. I think Ms. Scarlett might have gotten rid of them.
Mily: It's not like Ms. Scarlett. She wouldn't just get rid of them like that. I'm sure there's a reasonable explanation about all this.
Hannah: I hope you're right. Otherwise, Ms. Scarlett might sell আরো of us, and jeopardize this railroad.

Mily: *Leaves the station with her passenger train, glancing...
continue reading...
Trainz Episode 90
posted by Seanthehedgehog
Jade: *Waiting at Mossberg Station*
Narrator: Mossberg Station is where trains of both the Eastwood & Mossberg Railway, and the Hunterdon Central meet up with passenger trains.
Alyssa: *Stops at Mossberg Station* Good to see আপনি again Jade.
Jade: Howdy Alyssa.
Alyssa: I got a message for আপনি from Mr. Wright. Well actually, the message is for Ms. Scarlett, but since you're here, could আপনি tell her for me?
Jade: Sure. What's your message?
Alyssa: Our new freight depot is requesting a lot of steel, cement, and bricks. We could use another engine to help out with that.
Jade: I'll talk to Ms. Scarlett,...
continue reading...
More Cards
101112131415161718192021222324252627282930