"Duncan is going down...I hope..."
My mind burned. I was terrified. I thought Duncan loved me, and this was how he shows it?!

I turned the TV off and ran out of the room, screaming, desperately looking for a place to hide. Duncan was gonna kill me. If I fought him, I'd be roadkill. But I still wondered why he was pissed.

My nightgown fluttered around my ankles as I darted around the foyer. All the dorms weer closed, and my voiced echoed around the large couloir. I gripped onto a metal ফোয়ারা and fell to my knees as if a twister was batting the university. My body shivered, my head throbbed, my entire world was spinning as I got really light-headed. I couldn't hear, I couldn't see; my throat turned dry as cotton as everything spun around me. Then, everything went black.

I awoke to Trent, Gwen, my sister Bethany, and two identical blond women, shaking me alive. Gwen was busy sitting on the sofa, filing her nails, and I realized I was back in my dorm. The blond women were busy conversating with each other; they both looked like my mother, but which one was my real mom?

"Are আপনি INSANE?!?" Bethany slapped me in the head.

"Wha....what are আপনি talking about?" I yawned, shoving Trent's arms off my shoulders.

"The dare?" Gwen got up off the couch. "You accepted the dare to fight juvy boy, remember?"

"But আপনি did." Bethany sat on my বিছানা with me, putting her hand on my knee. "Last night. আপনি got a call from Duncan's personal trainer, asking if আপনি accepted the challenge."

"But, I blacked out!" I sputtered.

"For a few minutes," Trent started to explain, "you were unconcious. Ashlee called us, requesting we come and revive you, since she couldn't do it alone."

"What's with the blonde বার্বি dolls?" I asked, pointing to my ''mothers''.

Trent shrugged, Gwen raised an eyebrow, and the women stood at attention. I got up off my bunk and stood in front of the ladies. "Ok, girls. One of আপনি is my mother, but I'm not sure which. But either way, I am leaving today with one of আপনি whether আপনি like it অথবা not."

The blonde women looked nervously at each other.

"Now," I glared at them, "there is only one way to tell which one of আপনি is my mom. I'll ask আপনি the same question." I smirked and looked into their hazardous stares. "If আপনি got the chance, would আপনি তারিখ Brad Pitt?"

"EEW, NO!" the other with brown eyes said. Now, normally I would recognize my mom because of her eye color. But I couldn't, because her eyes change রঙ very often. One মিনিট they're green, the পরবর্তি they're dark brown.

"You don't remember me?" the other blonde asked. "You're dating my son."

I tightened my grip and cried into her neck. "You wont let your son kill me, will you?"

"Mother..." Ashlee appeared and grabbed her mom দ্বারা the arm. "You're not mad at her?" Ash whispered.

"I didn't do what?" I asked. Mrs. P opened her mouth to talk, but Ash cupped her hand over her mother's mouth.

"You didn't give my brother a goodbye present." Ash answered.

"Why the God freakin hell would I do that? He knows I won't forget him." I narrowed my eyes suspiciously then sighed. "Whatever. Just, everybody get out. Please." I needed time to think. Was I going to the fight? Was I gonna risk my life to clear things up with my boyfriend? Did I even have the chance to clear things up?

Once everybody was out-including Ash-I leaned on the door and sighed. Suddenly, the door shoved open and one of my best বন্ধু burst through the door. "Bridgette!"

"Hi, Courtney!" she hugged me.

"What are আপনি doing here?"

"Readying আপনি for the fight."

I sighed. "Is EVERYBODY hooked on this fight?!?"

"No. Just the people who know about it. And that would probably be about...60-70 people." Bridge folded her arms. "Anyway, he wants আপনি to wear this." She handed me a pair of gladiator shorts and bra. O.o

"Why, and who's he?" I took hold of the garb and stroked my fingers along the fabric.

"It's your boyfriend, and he wants আপনি to look hot when আপনি have blood on your face." she didn't smile অথবা anything because she knew it would upset me.

"Yeah, well tell my boyfriend that I want him to tell me why he wanted to fight me in the first freakin place!!!!"

Bridgette sighed. "OK, I have to go. I'm going the চলচ্চিত্র with Geoff. Bye." she walked out.

"You were meant to!" I laughed.

A few hours later, I was sitting in a dressing room at CFC. Damnit, I'm gonna die! I thought.

"Five মিনিট till the fight!" Gwen ব্যক্ত from outside my dressing room.

"Ok." I ব্যক্ত nervously. I was wearing a shimmering পরাকাষ্ঠা and blue gladiator outfit. I slipped on a pair of পরাকাষ্ঠা and white fighting gloves, slipped in a mouthgard, and left.

The short hallway was dense and quiet, but once I walked through the heavy doors, I became partially deaf. The arena was enourmous, and packed with what seemed of over 250,000 people. Wow, a lot of people watch CFC fights. If I died tonight, at least I left my ক্রুশ with Bridgette.

I looked around as I walked into the arena-and stopped. There it was-the octagon. It was like some medieval cage, ready for me to be hung. My ''pit crew'' was at the far right corner, and I'm guessing Duncan's was at the far left. I darted up into the অষ্টভুজ and ran to my team. Gwen, Trent, Bridge, and Mrs. P stood ready to prepare me, although I was already shaking violently. How could I not be terrified?

Gwen started massaging my shoulder, and I felt as if I was about to pass out.

The audience roared as two heavy iron doors slowly opened, and smoke poured out, and Duncan and his "pit crew" and trainers entered the octagon. I gulped, but my throat was too dry with nervousness.

WHAT WILL HAPPEN TO COURTNEY? WHO WILL WIN THE FIGHT?! WHY IS FIGHTING ILLEGAL IN NEW JERSEY NOW?!? FIND OUT IN PART 5!!!!!!!!

"You wanna bet, Princess?"
Broccoligirl and Lydiara like this
Lydiara What is this cruel sick world I have only read this article about?It is......EXCITING!!
7thGradeGenius haha i came up with this watching iFight Shelby Marx, and I know it might be boring because the idea was taken, but trust me, it gets a lot better in part five!! lots more action, lots of sudden surprises, lots of comedy, so itll be great!!!! PART FIVE!!!!!!!!!! btw, I'm writing a fanfic about me and my BFFs entering Total Drama Island called Best Friends' Bonds Burned Down, and the first part will be posted soon!
megaDUNCANfan OMG!!!DUNCAN HAS GOT TO TEACH ME;HIS LITTLE COUSIN;THOSE MOVES IN PART 5!!!! 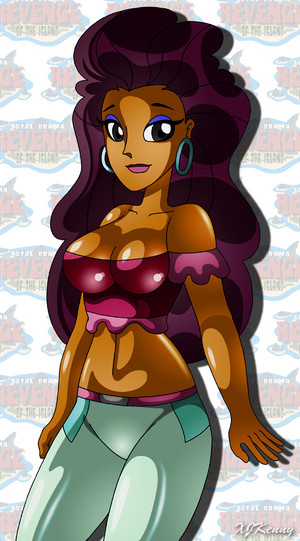 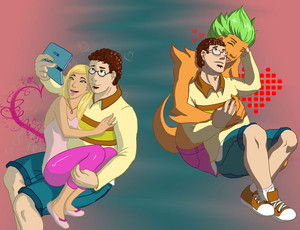 What is the difference?
added by alejandro1900 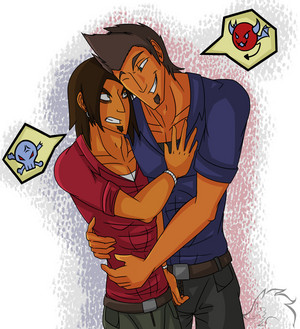 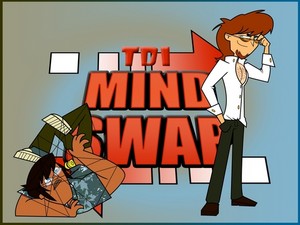 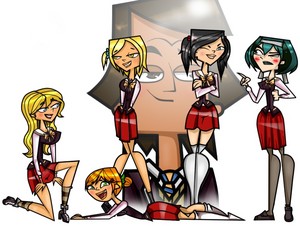 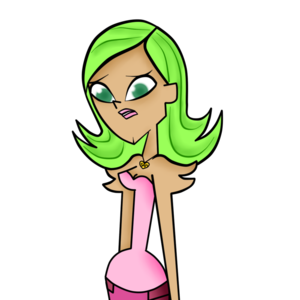 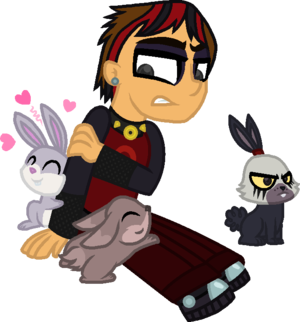 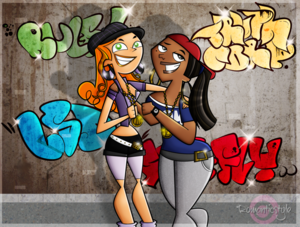 Izzy and Leshawna
added by alejandro1900 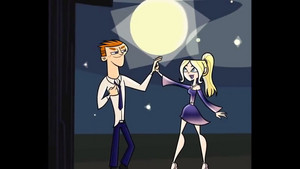 Dawnxscott
added by trentrules2000
Am i truly this unloved (TDI fanfiction) Ch. 2
posted by TdiMikica2890
Gwen's P.O.V
I woak up early and Mikica was gone so i went to find her to see if she is alright. I was walking past the boys কেবিন and in the corner of my eye i saw Mikica in বিছানা with Duncan.
"Holy crap." i ব্যক্ত very loudly. Waking Mikica and a few of the boys up.

Mikica's P.O.V
I heard Gwen say
"Holy crap." I shot up and noticed i was in বিছানা with Duncan in the guys side of the cabin. Duncan was still asleep so i thought I'd walk him the best way i know how. I kissed him on the lips.

Duncan's P.O.V
I was peacefully dreaming about Mikica and i making out. I swear my dreams seem to be coming true lately...
continue reading... 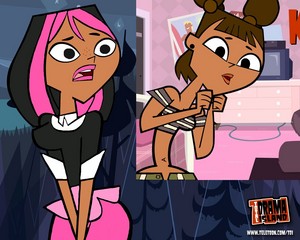 1
Courtney and Katie color swap
added by hpfangirl29
Source: I colored over it 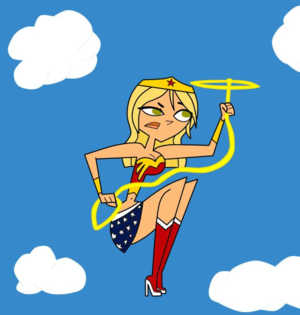 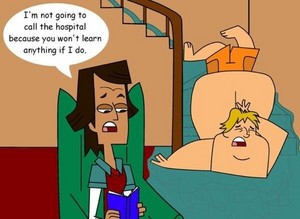 1
These are DeviantART so no bad comments!
added by tditdatdwtfan
Source: DeviantART 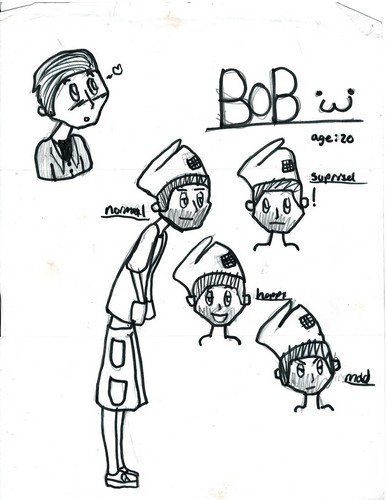 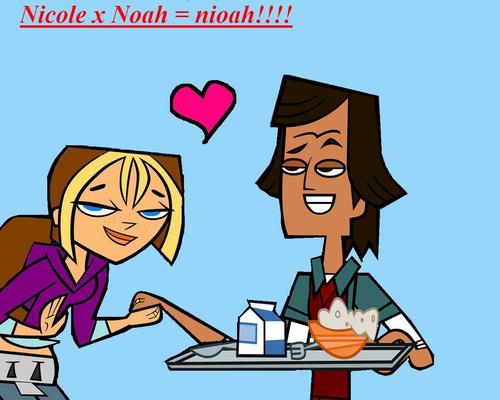 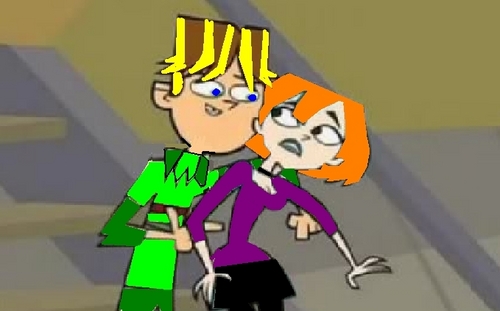