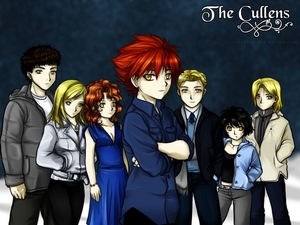 The Cullen Family
Ok,this is when the Cullens first moved to Forks. 2 years before Bella came,so she's not gonna be in the story at all. Tell me what u think!

Rosalie.
I looked outside and was pleased to see that it was another sunless day. We're definalty going to school, then. The first দিন of school is the worst, everyone stares at you. At least, in Alaska, there was the Denali clan there already. We were pretending to be their cousins. But people got suspicious. I was happy in Alaska. There were almost no sunny days and it was nice to be around vampires. But we had to leave.
Edward.
I looked at my watch and sighed. Time to go. Once again, I was a freshman. How many times was that now? I হারিয়ে গেছে track. The rest of my family was waiting in the garage; I came in and said,"It's time." They all nodded and their thoughts were pretty much the same: Here we go again. One আরো time. Carlisle and Esme wished us luck on our first দিন of school. Carlisle then got in his car and drove to the hospital,to his new job. We decided on driving my Volvo to school. Emmett, Rosalie, and Jasper sat in the back while Alice was in the passenger seat. I got in my আসন and turned the engine on.
Emmett.
Everyone started at us while we walked to the office at a human pace. This was no surprise, we were new here and extremely beautiful. And we had a Volvo which was the best car in the parking lot. The others were beat-up and old. A boy was staring at us intensely and when I looked at him, he looked down and backed away. They were all intimated দ্বারা me, I could tell. I actually liked that, I could have a lot of fun with the students here... "Emmett!" Edward ব্যক্ত sternly. He had heard me. I just grinned.
Alice.
After we got our schedules, I compared mine to Edward's. I was pretending to be a freshmen like him. We had two classes together: English and Gym. That was good,I had a excellent partner for Gym. I headed off to Buildong Five for Spanish while Edward had biology. Emmett and Rosalie both had Gym and Jasper had alegbra. In Spanish, I sat in the back row yet people still found a way to look at me. The rest of my classes were the same. The morning went দ্বারা in a blur and it was finally time for lunch.
Jasper.
It was lunchtime, thank God. Kids stared at me yet no one talked to me. I was grateful for that. In one class,the teacher made me tell everyone about myself. I explained that my siblings and I were all adopted and how we moved here from Alaska. I was sure that was starting to go around and that soon, everyone will know. I joined my brothers and sisters in line. I would have to actually eat human খাবার today. But human খাবার all tasted the same:slimey,chunky,and repulsive. I bought a slice of a pizza. After we all got our food,Alice led us to a টেবিল in the corner. She had had a vision and saw us eating at that table. It was just right,away from the windows and kids. I sat down পরবর্তি to Alice and felt the different moods. The student body was mostly excited and happy but some were worried. Rosalie was pleased. I could tell Emmett was not happy about something and that Alice did not enjoy her morning. Edward was amused,probably some found a thought funny. I sighed,it was going to be a very long afternoon.
Edward.
Lunch was nearly over, I had Gym with Alice next. The students were so silly here, they were trying to decide who was the most beautiful. Rosalie was the winner,I knew she'd be happy about that. Everyone found Emmett intimating. Alice and Jasper were, in their eyes, gorgeous like the rest of us but quiet. I chuckled at that, nobody could imagine how talktive Alice could be. We were labeled as 'weird'. Everyone wanted to talk to us but their instincts told them not to. So no one did. Lunch was over and I walked with Alice to the gym. She was looking অগ্রবর্তী to it as the teacher would only explain the rules of volleyball, which meant we could have a 'silent conversation'. 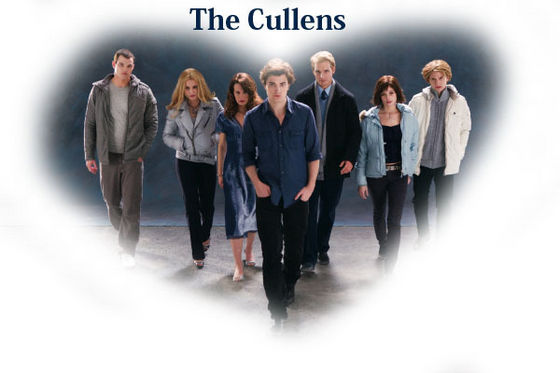 You gotta love the Cullens
CarlislesLover, a-jforever and 7 others like this
patrisha727 This is awesome! Plz continue!!!!!! ^_^
princesspinkla I love it IT WAS GREAT
mcs50 I liked it and would like to read more :)
RATHBONE07 nice:)
pie-102 abousolutley loved it you have to write more and i also liked how you did it from every ones point of veiw brilliant
LoveTwilight_xx It was fabb. You have to write more. It's nice reading one that was before all the books. You're a great writer
AliceHaleCullen I loved it! Write more please! ^_^! <3
nneellliii I really like it!You should write more!
twilight_diva hey...its fantastic..!!!! pls continue..!!!
serenafan122 Thank u all so much!!! Chapter 2 is coming soon!!
courtneykutie i like it keep going!!!
rheiicullen_78 love it!!!!!!!!
8
A new chapter 16
posted by jamiesue00
I was so exhausted on the plane ride প্রথমপাতা I was asleep for most of it. Jacob never let me go; he had his arms around me the whole time. I was so grateful to have him in my life and for having a wonderful family that never gave up on looking for me. Every now and then I would wake up for a few সেকেন্ড and hear things like permanent damage and lasting effects, I was sure everyone wanted me to be okay. The truth was; I was better than okay I was great. It may seem strange being taken away and held captive for almost a week, but it made me আরো appreciative for everything and everyone in my life....
continue reading...
6
New beginig} Ch7
posted by sh0rtiinedward
All night i started thinking in Julius, he is the most beautiful thing i ever seen, but there's something about him that make me scare but i don't know what it is.
"Nessi baby, can we talk" i turn around when i hear my dad's voice and i froze, i know that he will tell me that i was grounded of something.
"Mm sure dad, what's up?"
"Well like আপনি know, i know what happen today in the woods, i just want to let আপনি know that I'm not mad at আপনি i just, want আপনি to be happy, and meet new people, but take it easy আপনি know that we have a secret to hide from the real word" he ব্যক্ত as he huge me
"i know...
continue reading...
5
The twlight Zone: part 21
posted by Edward_lover101
Why was I smelling gasoline? Then James walked though the door. He was carring a dead animal. He threw it in the ground, he poored gasilone on it. Then he set it on fire.
"That's what will happen to আপনি if আপনি do mange to escape the electric bars. আপনি see, I don't want to hurt you. Bella, Victoria was just a test to see if I could find someone that I loved আরো than her. And I was right." He chuckled. Then he left the room. Leaving the dead animal burning. It was a good thing that this room was made of concreat. 2 hours have passed. I took out my cell phone and dialed Edwards number.
"Bella!"...
continue reading...
10
The story never ends, it’s a happily ever after - Part 21
posted by sasie_katje88
héhé, No it's not HP ... it would be awkward because i don't think they use the bedroom door and that without being seen দ্বারা the Cullen's :D this is a request to put আরো Renesmee and jake in the story. I'm planning to write these stories in nessie's pov too, just don't know when to start yet :-)

Alice was standing in the doorway with Renesmee and jake behind her.
“Nessie want to talk to Bella” Alice ব্যক্ত slowly
“Bella needs to rest, can’t anyone respect that, come back later when she’s feeling better” Edward ব্যক্ত angry and annoyed.
“EDWARD” I ব্যক্ত a little louder. “If...
continue reading...
8
FOR ALL TWILIGHT FANS!!!!!!!! New Book!!!!!
posted by xxdeamonxx6
All right, if আপনি have read the series and প্রণয় them. Then আপনি will absoultly প্রণয় the series called

If আপনি want to skip this and just read the summary just scroll to the bottom, I took quite a lot of time লেখা this!

"The Mortal Instruments series is a story world that I প্রণয় to live in. I hate to see the story end, but if it has to end, then City of Glass is the most perfect way for that to happen. Beautiful!"

-and it is also alike Twilight; hot main guy: named Jace Wayland...
continue reading...
22
Kayla's Secret, Chapter 5
posted by twilight-7
Guys, I'm really sorry this chapter took so long to be পোষ্ট হয়েছে but my internet decided to take a holiday last wednesday and came back today. So for that I'm posting two chapters on.
Enjoy.

I woke in the morning alone. I wasn’t surprised. Edward wouldn’t have come back in case Charlie decided to pop his head around the door. I wondered if Charlie hadn’t come to my room, how far would Edward have gone. I was pondering this while I looked for some breakfast. Charlie had gone to work early. Someone needed to speak to him at the station. He was running around in a rush and looked kind of panicked....
continue reading...
22
Kayla's Secret, Chapter 2
posted by twilight-7
Remember the sequel to the Kayla Series is called Kayla's Secret.
Oh, if আপনি want to read Kayla's Secret আপনি have to read the Kayla series first.

When I woke up the পরবর্তি morning, I was lying on my own bed. Edward was not পরবর্তি to me অথবা hiding in the corner. পরবর্তি to me, on my pillow, was a note.
I had to leave early. Alice needed me. I’m sorry. I will pick আপনি up for school at eight thirty. Love, Edward. x
Edward usually woke me up for school. He never slept so he could watch the time for me. I put the note back on my বালিশ and glanced at the watch on my wrist. It was quarter past eight. I threw...
continue reading...
2
soulmates
posted by angiehomas
how frustrating life can be to many centurys of the same thing.always searching never finding what i am looking for.jumping from one figure to the next.how can i intraduce myself when i have no permanent form to call my own.so to explain.i can take on any form of my choosing i have been nearly every animal i have even been the wind blowing through ones nose and out the mouth that was extremly weird.i have been dirt of which আপনি walk on doors being closed.i am not whole because until i find my soulmate i cannot find a permanent body.all of them creatures i have inhabited and there enampt chatter...
continue reading... 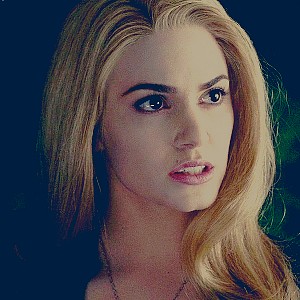 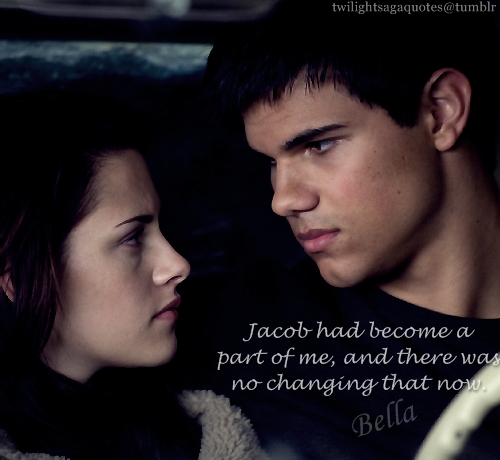 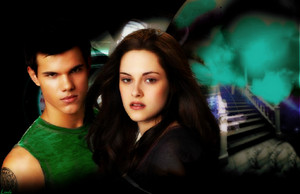 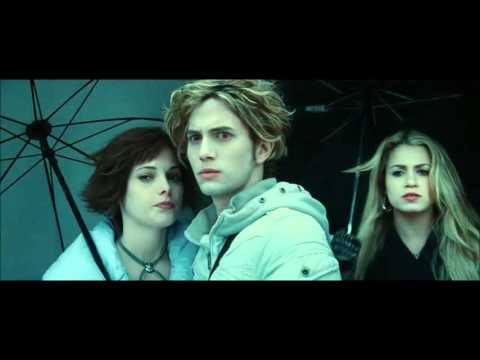 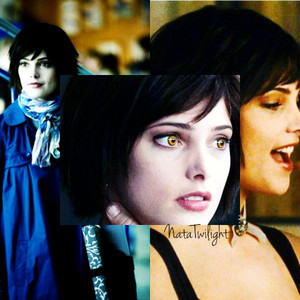 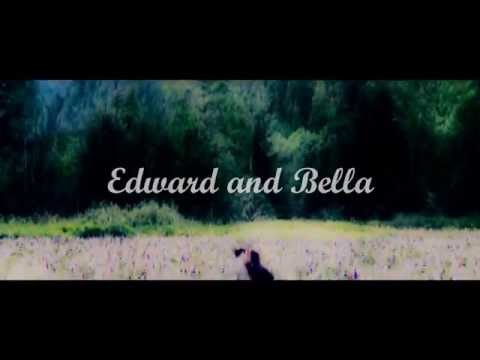 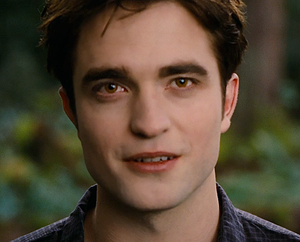