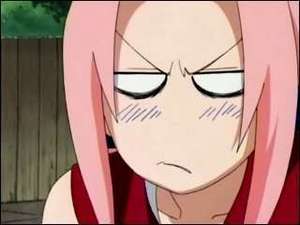 grrr....naruto...
Mostly everyone knows Naruto,he's stubborn and weird but he's got a goal made to beat Sasuke and Become hokage!

Naruto Uzumaki (うずまき ナルト, Uzumaki Naruto?) is a fictional character in the নারুত universe created দ্বারা Masashi Kishimoto as the main protagonist for the series and developed into a media franchise, consisting of a series of manga, anime, soundtracks, OVAs, movies, video games, and other collectibles. While creating Naruto, Kishimoto kept in mind to keep the character "simple and stupid" while giving him many attributes of Son গোকু from the Dragon Ball franchise.[5]

In the...
continue reading...
sakuras blame
posted by sicelyarien
Oh নারুত never before have I seen আপনি like this. Never before in such a way. Never before so full of hate,...the hate.... now over flowing incasing your body, oh Naruto. I hear a monsterous scream leave your mouth is it you, is it আপনি naruto? আপনি sound, আপনি look as if আপনি are in pain. I fill with rage, how dare the white haired boy call আপনি a monster..you are not. How dare he call আপনি pathetic.I whant to hurt him, I want to blame him, I hear আপনি scream onece more, and I know, I can not blame anybody but myself.

This is my fault, asking him to save sasuke.... was i sooo week, and all i did was...
continue reading...
Enter : নারুত Uzumaki
posted by Yunaxoxo

Konoha (The Village Hidden in the Leaves) 12 years ago: The village is attacked দ্বারা a vicious Nine-Tailed Demon Fox. In a final act to defeat the demon, the Fourth Hokage sealed its essence within the body of a baby boy. :)

In the present, the child নারুত Uzumaki attends a Ninja Academy; however because of the incident 12 years prior many in the village see him as the demon itself. Not understanding why the people hate him so, he resorts to pranks and other acts to gain attention. He has a dream is to become the greatest Hokage so he can gain acknowledgment and respect. One day, after failing his graduation exam for the third time, an instructor named Mizuki convinces him to steal a sacred scroll so he can become আরো powerful. The instructor has other plans however, as he follows নারুত and tells him a terrible secret. :(