5
Part 7: Winter in Jasper
posted by katealphawolf
Kate's sleep had been troubled; she never realized how much she moved in her sleep now that she had a cracked rib. Dawn was approaching and even with limited sleep she hailed it in. Today there would be a lot of stuff to sort out with the pack. The hunting plan yesterday had failed, spectacularly though. She was so glad to be alive; she never thought that Tony, a grizzled old Alpha would even bother to save them from the caribou.
Kate deep down had a burning desire to know where Tony learned to do that, she didn't want to bother him though. Maybe her father would know; she shook off the idea and quietly as possible made way for the entrance of the cave.

Outside the world was a white blanket. There was no brown, gray, অথবা green to be seen; and still the snow was falling lightly. She placed her paw in the stuff, it sank আরো than half way up her leg. Had she not been injured she would wake Humphrey, and go bound around playfully with him in it. It was also quite cold and she could feel the sting of cold in her eyes.
She stepped out all the way and pushed through the deep snow around the corner of the cave. She urinated, making sure to kick up the scent and spread it around, this kept intruders away. In Alpha school she was taught that rival wolves, wolverines, and even bears would try and scramble to find shelter after a sudden snowstorm if they hadn't found a place to hibernate in winter.

She glanced down at the neighboring dens, Humphrey would have to be tasked with waking Garth and Lilly. Kate needed them to help organize a plan for winter and how the pack is going to deal with a shortage in food.
She gave his head a shove with her pointed nose, "Humphrey wake up! wake up!" He cracked his eyelids and saw his mate standing above him. Before he could speak, "I need আপনি to go and get Garth and Lilly up here for me, the snow is really deep and I'm in too much pain to walk that far hurry up!" Kate ব্যক্ত nudging him again to get him moving. He got up and stretched and smiled at his mate, "how did আপনি sleep?" Humphrey asked her, "it was okay but painful at times, I need আপনি to go and wake up Garth and Lilly and have them come to our গর্ত for the meeting okay?" He nodded and left the cave.

Outside Humphrey had forgotten that it was snowing last night and at the sight of all of it he bounded out into it playfully. The sky was growing lighter as Humphrey bounded toward Garth and Lilly's den, he stopped short at the entrance, he could hear them. They were mating, Humphrey backed away quickly. What should he do now? Who knew how long they would be tied together, he moved on. How was he going to tell Kate that what, he'd walked in on Garth and Lilly mating? Thank God they hadn't seen him, he could not imagine how embarrassing it would be had someone walked in while he and Kate were mating.

Something moved in the corner of his eye, he looked in its direction. Tony had emerged from his গর্ত and was looking around. Humphrey approached him slowly, "hey Tony hows it going?" he asked tentatively. "Oh it's fine, back hurts well my whole body does for that matter, comes with age," he said. "Hey I wanted to thank আপনি for saving our স্কিন্স্‌ yesterday, where did আপনি learn to do that? আপনি know fending off the caribou?" Tony frowned at him, "couldn't tell ya even if I wanted to, something that they taught me in my pack growing up." "None of our নেকড়ে know how to do that, where did আপনি come from?" "I was born in Alaska and was relocated here, I was a problem নেকড়ে in my adolescent years so they moved me here. Instantly I became the leader of the Eastern pack and stayed that way all the way up until now. Anything else আপনি need to know kid?" he asked, Humphrey shook his head. "Good because I'm really sore and need my rest winter gets rougher on me each year, I think this will be my last winter." Tony ব্যক্ত as he turned and went back into his den.

Humphrey headed back to his cave, he walked দ্বারা Garth and Lilly's and could hear them, Lilly howled. As big as Garth is, Humphrey could not imagine how big his equipment must be, poor Lilly. When he got back to the cave Kate glared at him, "where are they?" "well um I walked in on them mating," Humphrey said. Kate's jaw dropped, "you what? Oh my gosh did they see you?" "Thankfully no!" Humphrey chuckled. Humphrey then told Kate about his talk with Tony and what he ব্যক্ত about not making another winter. "It's sad Humphrey but we don't live forever, Tony has not exactly lived an easy life either, just look at him! All the battle scars on his body, his bad back its a wonder he's lived this long!" "He sure is an amazing wolf, I sure wish he'd প্রদর্শনী us how to do that kinda stuff." Kate changed the subject.

"Can আপনি go check on Garth and Lilly again? I'm sure they are done দ্বারা now its been over an hour." "Sure hon, be back soon!" He left and went once again plowing through the powdery snow. Garth and Lilly were done when he got there, reluctantly they came back to his cave with him, all the while explaining to him how tired they were. He knew how they felt but it was Kate's orders to have the meeting today. Eve and Winston were there when they got there.

"Humphrey if আপনি want আপনি can go have a দিন with your buddies, আপনি need to go have some fun anyway," Kate told him. "Okay," he said. Yes! All this new snow on the ground was perfect for log boarding, he and his বন্ধু had not done it for so long! The four of them dragged a hollowed out log to the শীর্ষ of the mountain, they knew every obstacle of this course. Together the four of them pushed off and the log went careening down the mountain.

When he returned to the cave that night he was exhausted, they log boarded down the mountain 6 times. He found Kate eating some caribou when he entered. "We have to dramatically cut down our diets if we are going to have enough খাবার for winter Humphrey," she said. "Also mom looked me over today and concluded that I am not pregnant, we're going to have to try again soon." "That's okay," he said. "Until my rib heals I know I'm not going to be up to mating." "That's fine baby, we aren't in a hurry." He joined her side and ate.

The winter was a rough one as Tony had predicted, they suffered a shortage and near complete loss of food. A few নেকড়ে died of starvation during the coldest months of January and February. Kate's broken rib mended slowly but soon she was back to her normal self again. When she was healed completely she and Humphrey mated 4 আরো times and on the fourth time she was in her season and got pregnant. The pups were expected to arrive at the end of March অথবা early April. Garth and Lilly's pups were expected around the same time. Now that mating was done, all they had to do was wait.
Jons_mate_Kate, willemert and 3 others like this
sebator nice cant wait to see the articles with the pups :D
PrinceRhaegar cant help but read this with a smile, i <3 these stories lol
cameron98 same here
lagtr77 sad, wolves in the wild only live up to 8 years. Seems like Tony's time is up. 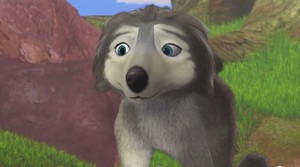 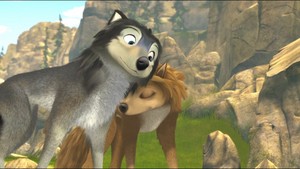 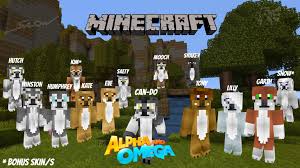 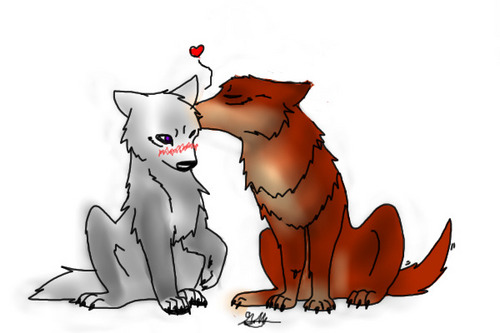 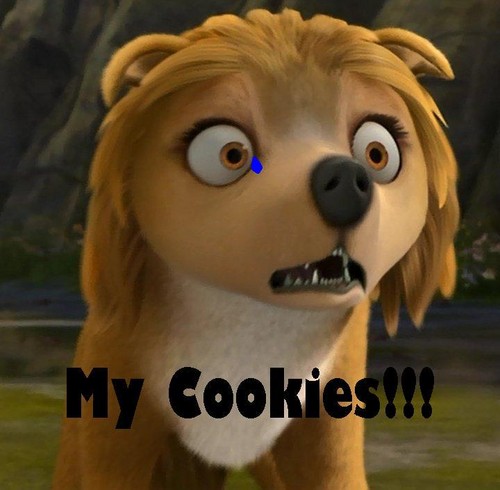 3
Damn it humphrey!
added by LucarioZoura1 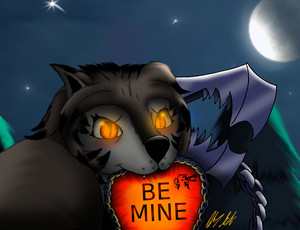 8
Runt Spazzing Out
added by SentinelPrime89
-2
Alpha and Omega Princess And Runt Part 1:Meeting
posted by jason74633
Princess is hunting for herself when she Bump into someone.then she hear a growl.as she look up she recognize the wolf.
Princess: Runt?
Runt: Princess?
Claudette: Runt Who is this?
Runt: Claudette , Stinky Mom and dad this is Princess.
Kate: So Youre the one Look after our son aren't ya?
Princess: Yes and আপনি must be Kate.
Kate: Yep that's me.
Humphrey: Hope he doesn't cause any trouble
Princess: Not at All I এল-মৃত্যু পত্র like him a lot I've also left the pack.
Humphrey: Well আপনি can stay with us.
Princess: Really?
Kate: Yeah. 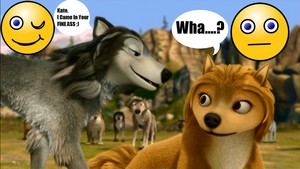 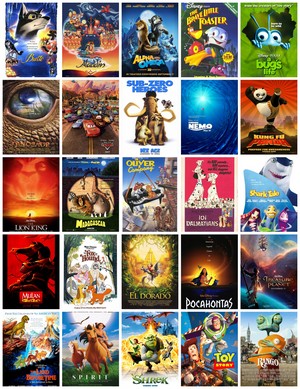 3
My পছন্দ Animated Non-Sequel Films (Alpha And Omega among them)
added by SentinelPrime89
A&O: A Hero's Past Character পরিলেখ #10
posted by PurpleDragon02
Kyle

Humphrey's friend in the Northern Pack

Raised strictly দ্বারা his father, but still makes room for fun amidst his responsibilities.

Rescued Humphrey from under a বৃক্ষ one night but unfortunately, also got his leg broken দ্বারা Humphrey
Viggo Grimskull Stand Alone Story
posted by PurpleDragon02
I've been working on my Alpha and Omega franchise timeline that I plan to post with the release of The Final War and one thing got me thinking. I'm including the entire history of the Alpha and Omega franchise, so history of a few major characters are included, especially Viggo Grimskull, the main villain of the final trilogy of stories. Since he's being brought into the franchise so late, and because he's such an important character, there isn't much room to tell his entire backstory. I spend an entire chapter summarizing it but not fully explaining it. The timeline is supposed to help with...
continue reading... 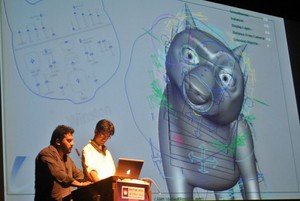 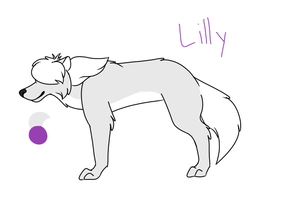 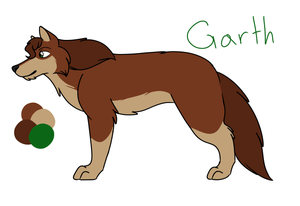 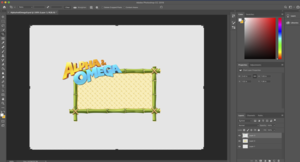 -1
Proof that Alpha and Omega 9 is Fake
added by Kishin_Kira
Source: My friend
The Final War: The end of my A&O fanfictions
posted by PurpleDragon02
In a সাম্প্রতিক দেওয়াল post, I talked about my plan for three final fanfictions to end the franchise in my eyes. I decided to do this after I thought about what it would be like if Alpha and Omega had a psychological villain. Psychological villains are my পছন্দ kind because they fight with their intellect, planning for every possible counterattack, accounting for every scenario. In some cases they're আরো terrifying than villains who fight with their brawn because it's very hard to outsmart them. These last 3 stories really will be the last ones. I know I ব্যক্ত Legend of the Peaceful Warrior was...
continue reading... 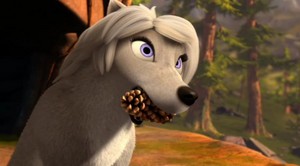 1
Lilly with pinecone
added by SentinelPrime89 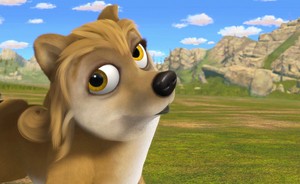