10. WALL-E - I'm pretty sure that this was the first CG movie ডিজনি put out that I really fell in প্রণয় with. The characters are just so endearing, and the message is wonderful, if a little heavy handed.

9. মুলান - I hated this movie as a kid for some reason, not sure why, but now I প্রণয় it! মুলান is amazing and the action sequences and অ্যানিমেশন are phenomenal. My one issue with it is that Mushu feels very out of place to me, and he distracts me from the rest of the film. 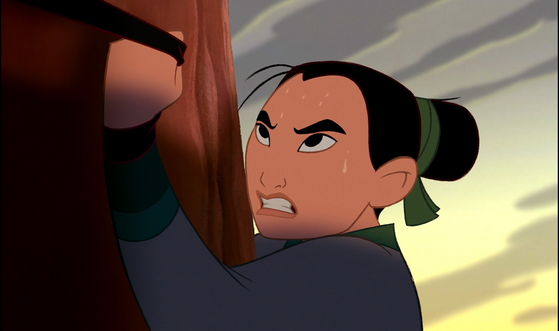 8. Atlantis: The হারিয়ে গেছে Empire - This is a pretty unpopular opinion, but I'm a big অনুরাগী of this movie. It's a lot darker than most of what ডিজনি puts out (although not as dark as Hunchback), and I really enjoy that. It has not one but two amazing villains, and surprisingly good voice অভিনয় as well. It's not quite as polished as most of the rest of these films though.

7. The Little Mermaid - This was the movie I watched the most as a kid. I was so obsessed, and it still holds up after all these years. The songs are great, the story is classic, and the characters make me smile. It has no flaws, it just doesn't excite me the way the films higher on this তালিকা do. 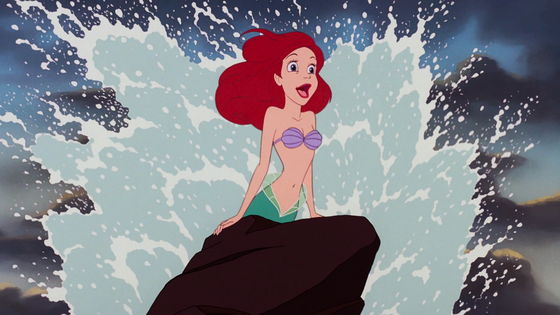 6. The Hunchback of Notre Dame - I've only seen this movie once, a couple years ago, but I remember that it just blew me away and wasn't what I was expecting. The gargoyles were very annoying, but other than that this movie was unique and gripping. I would venture to argue that Frollo is the best villain ডিজনি has ever done. 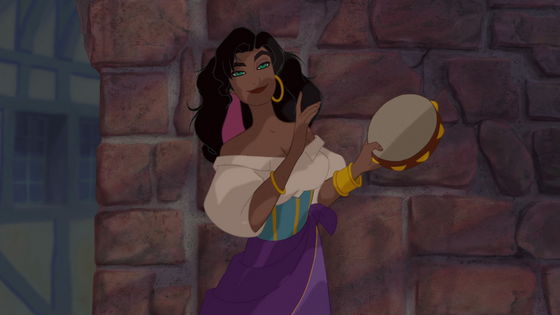 5. Sleeping Beauty - This film has my পছন্দ অ্যানিমেশন on this list. It's just so enchanting and beautiful, the whole movie looks like it comes from the pages of a storybook! Not only that, but Aurora's গান গাওয়া voice practically makes me melt. It is drop dead gorgeous and works wonderfully with the Tchaikovsky score. I also প্রণয় all of characters, and Maleficent is unforgettable.

4. The Princess and the Frog - This movie just makes me smile. I প্রণয় the music, the animation, the characters, the message - it's so fun! I always want to get up and dance to the songs. It has one of the best and most underrated soundtracks ডিজনি has done. 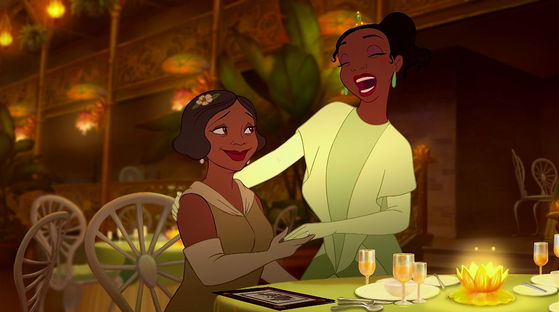 3. তারকা Wars Episode 7: The Force Awakens - I'm a big অনুরাগী of action movies, and this is definitely one of the best I've seen lately. It was just so much fun and I was on the edge of my আসন the whole time. Without shame, I say that I think it's better than the original তারকা Wars. Heresy, I know, but I liked Rey a lot আরো than most of the characters from the originals. 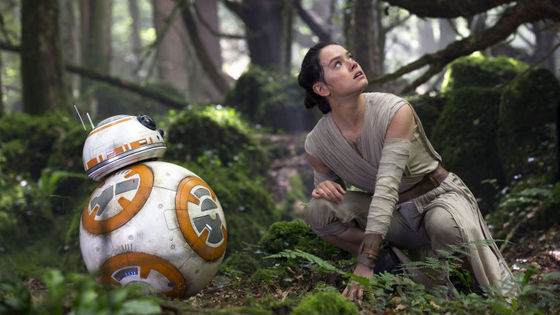 2. Zootopia - This film was amazing and came at a time when society really needed it. They handled the subject matter tactfully, and combined it with a really fun story, beautiful animation, and a great song. I hope that this is a movie the পরবর্তি generation looks back on the same way we look at The Lion King.

Before I reveal my favorite, here are some honorable mentions and other thoughts:

Honorable mentions - Inside Out (I loved this movie and it actually made me cry, but Joy really aggravated me), The Lion King (haven't seen it in a while, I didn't প্রণয় it the way most do, great soundtrack though), The Incredibles (so fun), Toy Story 3 (this movie was great, I really don't remember the other two at all), Captain America: The Winter Soldier (another amazing action film), Fantastia and Fantasia 2000 (I প্রণয় them both about equally, they are so beautiful both to look at and listen to)

Most Overrated ডিজনি Movie - Frozen. I just didn't think it was that well written, although I will admit it was fun. I still প্রণয় Let It Go, despite it being overplayed, but most of the rest of the soundtrack was lackluster in my opinion.
Others - Robin Hood, Aladdin, Hercules

Most Underrated ডিজনি Movie - সিন্ড্রেলা 3: A Twist in Time. I like this film আরো than the original. It is enjoyable and the characters are a lot আরো fleshed out. Also, the prince has a personality!
Others - Snow White and the Seven Dwarfs, Treasure Planet, Brave

1. Beauty and the Beast - This movie is flawless. I প্রণয় it so much. The characters are lovable and endearing, the villain is scary, the soundtrack gives me chills, and the অ্যানিমেশন is beautiful. I can watch this film over and over again and never get tired of it. I especially প্রণয় the dance between Belle and Beast which can actually make me cry (exceedingly rare for me). 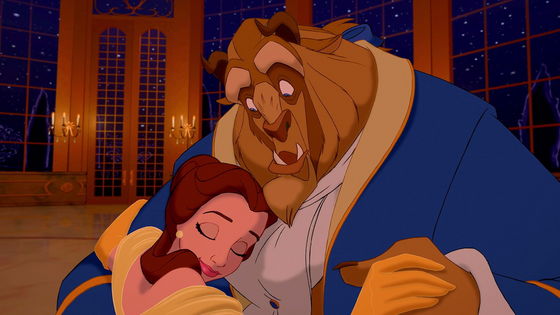 Well, there আপনি go. Let me know what আপনি think of my তালিকা in the comments!
Joshi34 That's amazing
MaidofOrleans ^ Thanks! :)
wavesurf This is a pretty hefty list. Yeah. There are some movies I just didn't enjoy at all when I first watched them ( Star Wars: The Force Awakens, TPATF, Frozen, some sections of B&TB, etc.). I figure that that's because I demand a lot from my entertainment, and I don't like rushed plots, rushed and one-dimensional characterization, average music, and passive heroes and heroines. But then there are the exceptions. Brave's heroine certainly isn't passive, and that's not what I hold against her. I honestly loved THOND the first time I watched it. It probably is as grown up as Disney has ever been, and is ever going to be. Zootopia came pretty darn close to reaching that same level of complexity. Zootopia was just shy of making it, though, as I think the villain in Zootopia was borrowed too much from Wreck-It Ralph. And you just "can't touch" Judge Claude Frollo's insidious brand of evil presented as righteousness. But I agree with most of the movies in your top ten. I enjoyed most, though not all, of them. I also enjoy the Marvel movies...and that explains why I'm really looking forward to DC's Wonder Woman's own movie debut in 2017!!! I can't wait!!!!
glelsey Awesome! :) There are three movies on this list I've not seen (WALL-E, Atlantis, and the new Star Wars) - all of which I would like to see someday - and I do agree with a lot of the points you made. Especially about Frollo being such an amazing villain, the beautiful animation in Sleeping Beauty, pretty much everything you said about The Princess and the Frog (particularly the soundtrack - as a jazz lover it's one of my Disney favourites), and how well the themes of prejudice were handled in Zootopia.
MaidofOrleans @wavesurf Thanks for your thoughts! Eh, I wouldn't say TFA, TPatF, or BatB have rushed plots, one-dimensional characters, average music, or passive heroes/heroines. The whole reason I love them is because I think they're well-paced, have complex characters, fabulous soundtracks, and active heroines!
MaidofOrleans @glelsey thanks so much! Yes, you should definitely try and see those movies when you get the chance. I adore them!
anukriti2409 overall I'd agree with you mostly except for couple of them - PATF, Star Wars and Zootopia primarily. I'd have definitely put down Brave into the main list (of my own) - i just love everything about it, the characters, the animation and unique soundtrack. BATB is also my 2nd favorite film for all the reasons you mentioned. I'd have also put Aladdin into it, as my personal favorite, simply for its amazing animation and uniqueness of characters and story. Wall E and Sleeping Beauty are also one of my fav movies and feel they are way underrated as well. I love Marvel movies mostly but Captain America series is one of my favorites and Avengers as well.
MaidofOrleans ^ Thanks so much! Yes I love the Captain America series too, although now that I've seen Doctor Strange I might have a new favorite Marvel series haha.
disnerdtobe Cool article! I also love Mulan, Sleeping Beauty, and Star Wars the Force Awakens (it's so underrated, I love anything JJ Abrams, Super 8 is great too). And yes, Mary Costa's voice is breathtaking and Sleeping Beauty's music is incredible. Also love BATB and Little Mermaid. Just watched part of Zootopia on my flight. Such a cute and amusing movie.
MaidofOrleans ^ Thank you!
Aang_Lite_ Your article is on the front page! Congrats!!! Anyway, very cool list. I have to say the Star Wars one threw me for a loop but you're right, they are technically Disney. BATB, Zootopia and Mulan are just amazing movies. I don't really like WALL-E that much when they meet the humans, but before that the movie is just magic. As for everything else, I do enjoy the movies but i don't think I would put any of them in my top favorites list. Especially when there's so many live action Disney movies lol. It was super interesting to read your list though! Cinderella III is definitely underrated!
MaidofOrleans ^ Thanks! :D 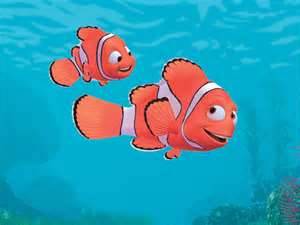 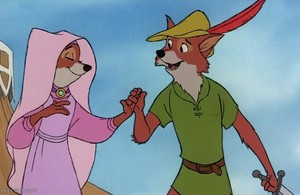 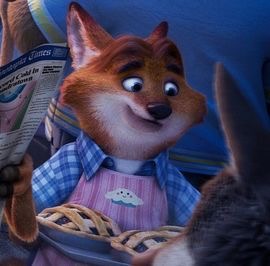 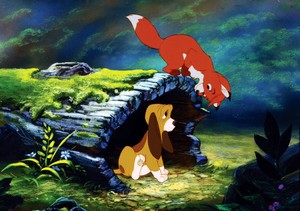 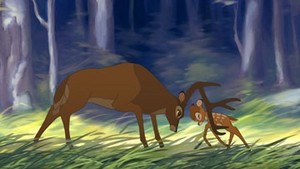 Bambi and the Great Prince
added by ace2000 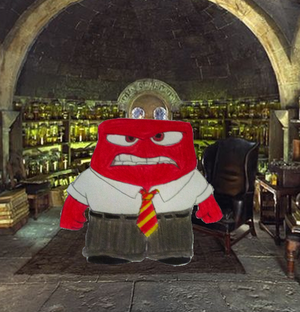 Anger in Gryffindor
added by snowflakerose 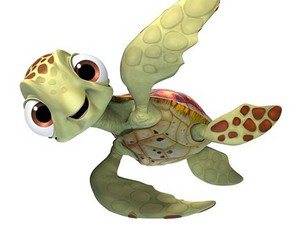 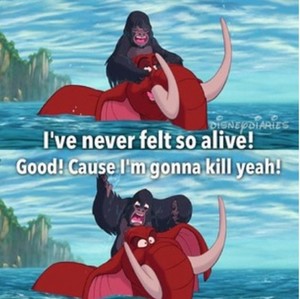 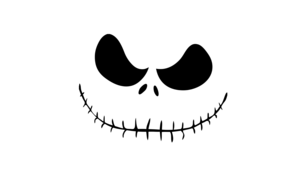 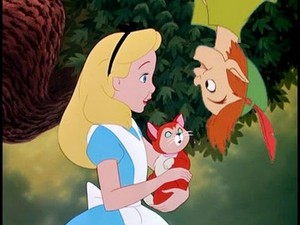 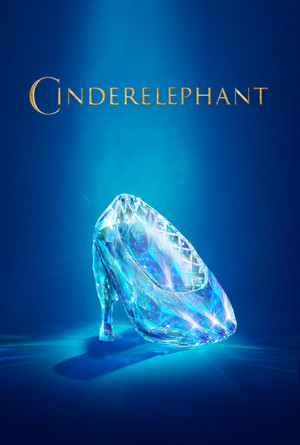 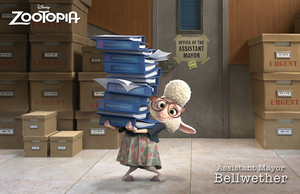 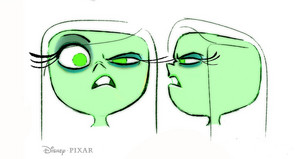