The Fading Ceremony [Bloom Song-fic]
posted by lovebaltor
Author's Note: নমস্কার everyone! So I'm back to লেখা my little mini-series thing where I go back-and-forth between লেখা one-shot song-fics around metal songs, and then pop songs. My last story was on a pop song (Florence + The Machine's "What the Water Gave Me") so it is now time for a metal song. I'm going to go a little out of order here (If আপনি want to see the songs listed, link) and start up on a song-fic based on a song দ্বারা Blackthorn. I've also decided that I will not be doing "Hexshadow Turned to Flesh". I will be doing a different song called "Bestial Satan of Grotesque Beauty." I'm sure আপনি can now see why I called it "The Fading Ceremony" instead. Anyways, this story will be taking place in an AU (Alternate Universe) where Bloom lives in the era of people [accused witches] being burned at the stake and everyone freaking out if a woman knows how to read (In other words, think Salem Witch Trial era). If you're not comfortable পাঠ করা this kind of stuff, please don't. For those who are interested, I hope আপনি like it.
__________________________________________________________________________

"In the dream I have seen. আগুন ran through my veins, and raged neath the skin."

It started off like any other argument. Bloom had been ranting about how some of the boys at school were picking and teasing her about her hair, her clothes and how she was "weird" and a "harlot" for wanting to learn. Her mother was there as always to comfort her, but Bloom was sick and tired of she always saying the same things to her over and over again;

"It'll get better, don't আপনি worry"; "Oh sweetheart, আপনি shouldn't let what they say get to you"; "You need to understand that we are women and we are below everyone else. We have been put in this place দ্বারা God and আপনি will respect and appreciate what আপনি have been given."

She was tired of just sitting there and allowing these bastards to treat her no better than filth. She was tired of women just tacking the beatings; taking the slurs; taking the accusations. Bloom wanted to be the one to change that. Bloom wanted to be the one to step up and take charge, and make sure that all those foolish enough to believe the lies spewed out দ্বারা those treacherous bastards would pay.

"I confess to আপনি my sin of rebellion against the world and its scheme."

Bloom told her mother that she would প্রদর্শনী them. She would learn how to read; she would find a job; she would make a name for herself and not live দ্বারা the rules dictated দ্বারা men অথবা God. This did not sit well with her mother at all, and after a heated argument, her mother slapped Bloom across the face; ending it then.

White hot rage consumed Bloom's mind after that slap. How could her mother be such a submissive little bitch? She thought she was stronger than that. She thought that together they would be the two women to start a revolution of sorts and pave the way for future generations to finally pry themselves free from under the damning boot of man and repression.

Bloom understood that if she wanted to accomplish any of this, she needed her mother out of the picture. All she would do is pull Bloom back. But Bloom needed a way to get rid of her...permanently.

She remembered the rumors of witchcraft and preaching's of the devil and his dark magic from church and around town. She remembered one piece of information in particular. There was a ritual that one could perform to bring Lucifer himself knocking at your door. It was during Sunday school, and a priest had brought out a diagram to প্রদর্শনী to the older children, explaining to them that if they ever saw this symbol on অথবা in the প্রথমপাতা of someone, they were evil and they should be reported.

Bloom could see it clearly in her mind now and it was pounding at her brain; just begging to get out. Bloom knew it would take আরো than lined charcoal অথবা candles to call Him out. She knew that আপনি would need to use something আরো potent; something that drew out demons আরো easily.

It all happened so fast, that her mother didn't have a chance. One মিনিট she was making soup, the next, her neck was cutting sliced open দ্বারা her own daughter. With blood on hand, Bloom made the symbol on their hard wooden floor. When she had finished, she knew it had worked...she could feel it. She could feel it in her bones; in her body; in her soul. He asked her what she wanted. She said, she wanted a spark infused into her body. Power to rule and burn all those who stood in her way. He granted it and she became one of his minions.

"The spark he’s infused into me once, is now a tremendous flame."

Bloom could feel her powers growing stronger. The আগুন burned through her veins and her mind, pushing her অগ্রবর্তী to finally act out. She had been hesitant the last few days, due to her mother being dead and all, but the dreams and powers she had seen and could feel, made her understand she could do this; she could finally pursue her dream and make it become a reality...

"With the ropes I’ll be bound. Pale and startled, দ্বারা the crowd closed around. Under fell tortures and pressure I won’t weep nor scream aloud.Tempered in the fiery visions, I am and will be unbound."

Talk and whispers travel quickly around a small town, and even quicker among those who are superstitious. Bloom didn't stand a chance against the people of Salem. A দিন অথবা two after her summon had been done, people noticed that her mother had not left the house. Fearing the worse, they gathered up a group and decided to pay the family a visit. They certainly weren't expecting what they came across when the opened the door.

Bloom was apprehended and the whole town was roused দ্বারা the commotion. The red-headed teen was snarling and hissing; her veins shining a bright red and কমলা as she cursed and threaten to burn all those that dare touch her. Women, children and men shouted slurs and vile insults her way, throwing rocks and crosses at her face and body.

Bloom was tossed to a stake, men holding her down as their tied ropes firmly around her wrists. Bloom's eyes widened as she looked down and saw that her feet were almost completely buried in straw and wood. Her face paled. It couldn't end this way...she hadn't done anything with her new-found powers. Her dream still had yet to be realized. She had done nothing to fix this wretched land and it's crooked system. She had had so little time. It couldn't end this way!

She felt the heat and the burn, as the আগুন began and burst into a howling, growling beast as the wood and straw helped it grow in intensity and strength. She could feel her feet burning and her brain shouting at her to get off of this inferno and to safety. But she couldn't. She was bound and could no longer run; could no longer hide; she was condemned to this fate.

"Beyond the light immured will be. My flesh but not my soul. Where a shade and solitude reign...Now you, just আপনি the one without fear I want to confide in your ear."

She could hear whispers in her head. They were soothing but they reeked of death and betrayal. They were telling her that she would not end this way. Her soul will live on and her hatred; her pursuit; her need to change the world would still burn strong in there. She need not fear death; it would be a welcoming embrace and a সেকেন্ড chance. The sweet nothings calmed her rapidly beating heart. She understood that this is where she needed to be and she understood that she now had a higher purpose in life. Her revenge and need to change this world would keep her going and she would প্রদর্শনী it no mercy.

"In this আগুন I’ll burn until the দিন the wind takes my ash away."

Bloom knew she now had a higher purpose and that she no longer needed this body to help her pursue her wishes and desires. She knew that she would live on and that those who punished and doubted her would pay. Her cloudy blue eyes looked upon the hundreds of spectators, and she let out a harsh laugh, everyone going silent. She could feel that he was coming for her soon...the smoke, the burning, the smell...it was all becoming too much for her to take. But with her last ounce of strength, in a voice much deeper, much deadlier, much আরো evil than her own she screamed: "On this আগুন I'll burn until the দিন the wind take my ash away!" Her cruel, hallow laughter echoing throughout the town as her head slouched down; the আগুন soon consuming the devil's newest heiress.

"On this fire I'll burn until the day the wind takes my ash away." (Art by: SunRiseEA)
101musastella Amazing song-fic as always, Reli. And yay, metal songs c: I like how you make Bloom different than in the show!
1
Kim Possible meets the Winx প্রিভিউ
posted by Winxclubgirl202
Okay, here is a অনুরাগী fiction crossover I've been meaning to post for a while. This is the plot- When Drakken and Shego যোগদান forces with the Trix, it's up to Kim Possible and Ron to যোগদান the Winx in order to stop them from taking over both Earth and Magix. Can they save big places before they take control and Kim finds out a secret that she didn't know she was one of the Winx.

প্রিভিউ of chapter one-
(Kim's point of view)
নমস্কার everyone! My name is Kimberly Anne Possible, call me Kim. I'm 16 and head cheerleader at Middleton High, and I'm also a fairy. আপনি see this all happened when Ron and I were out looking for our villain Drakken, I told Ron "we are never going to find him." He replied "we have to Kim, he has to around here somewhere." I sighed,knowing my boyfriend for once was right Drakken had to be around the planet somewhere অথবা if he wasn't there at all. 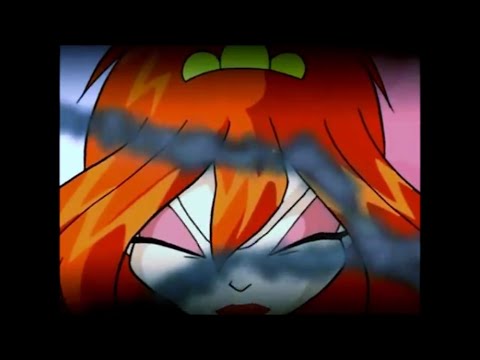 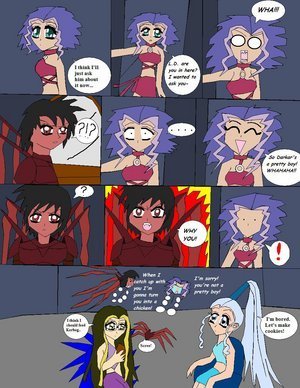 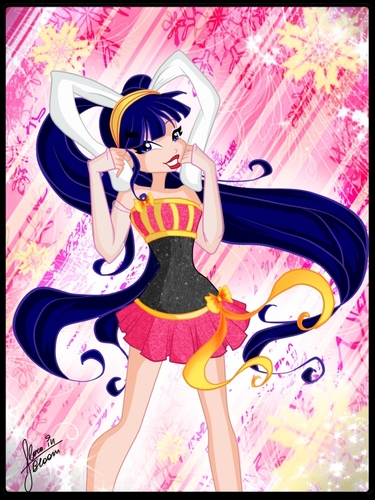 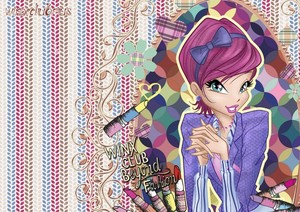 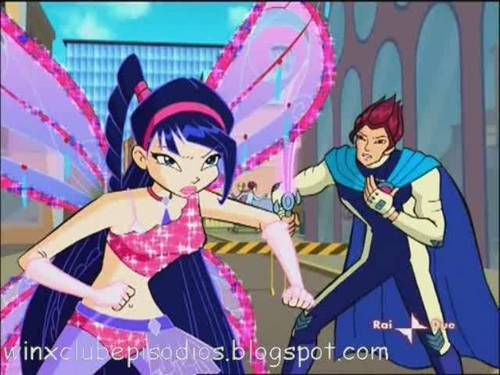 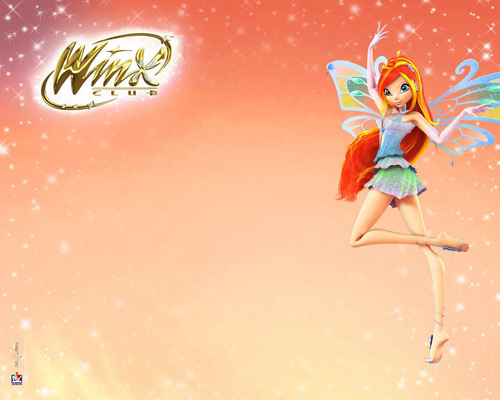 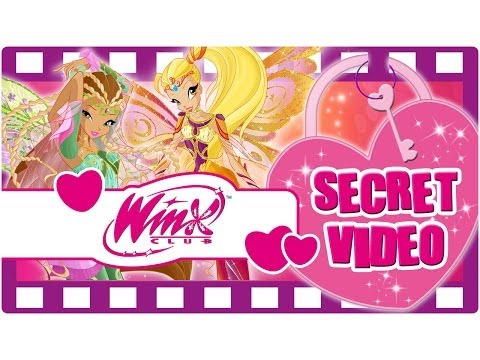 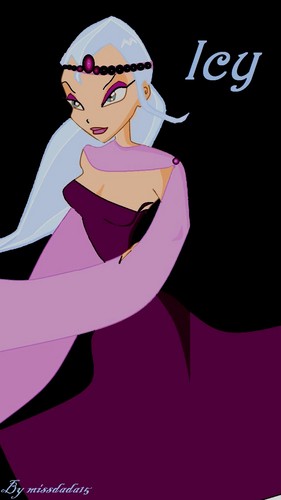 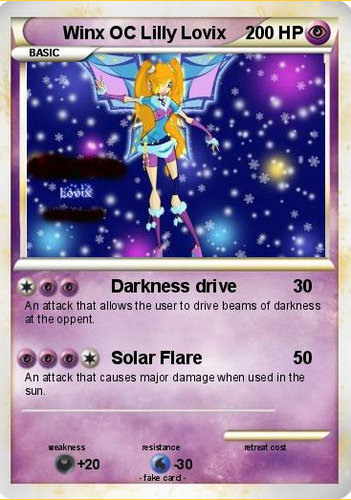 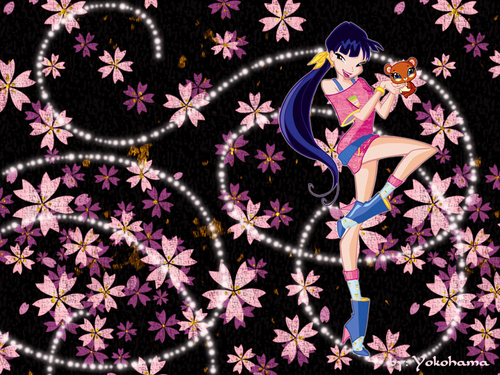 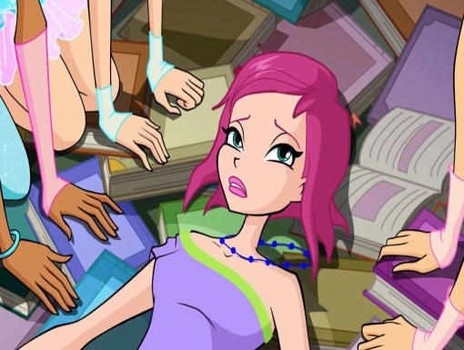 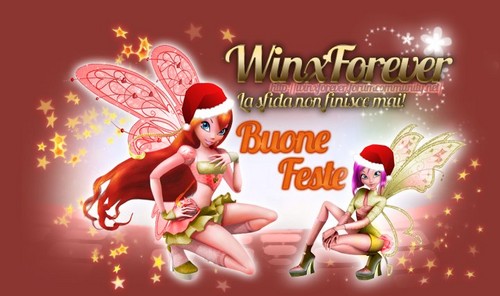