4
অনুরাগী Fic Part 6
posted by HorrorFan101
Sam closed the file in frustration and thought about the options. Isabella couldn’t have been haunted দ্বারা a spirit if there was no spirit to do the haunting, so what was it? Something had killed her shortly after Sophie Bennings’ death in exactly the same way, and seeing as all doors and window had been locked at the time, all sirens were sounding at a অতিপ্রাকৃতিক case. But one victim had been haunted দ্বারা their dead son, and one দ্বারা another boy, maybe her son, that she never even had? Sam couldn’t see a logical explanation at the moment. Unless...
“Unless it’s not a spirit,” Sam started, still thinking through what had just occurred to him.
Dean raised one eyebrow and looked at him expectantly.
“Well? Hanging in suspense over here? What could it be?”
“An apparition. Some objects অথবা people are ব্যক্ত to have enough powerful abilities to be able to put প্রতিমূর্তি অথবা hallucinations into people’s heads, right?”
Dean snapped his fingers with a harsh click.
“So we either have a cursed object অথবা some kind of witch. I knew it!”
Sam looked at Dean. “What?! No আপনি didn’t!”
Dean grinned a playful look at Sam.
“What are আপনি talking about? I was testing to see if আপনি got it.”
Sam rolled his eyes and turned away from his brother. “Whatever. Now we have a problem though. Looking for a cursed object...I mean, it could be anything.”
Dean nodded, serious again. This was going to be a bigger problem than he’d thought. His brother was right, and they had no idea where to start looking. He tried to narrow the passages in his mind for a সেকেন্ড and not let the impossibility of the task overwhelm him.
“And we also need to know why the victims saw those two things. One of them saw her son and the other a যেভাবে খুশী boy? It doesn’t make any sense. So maybe if we find out why they saw what they saw and what significance it has –”
“– then it’ll be easier to find the cursed object, yeah.”
Dean raised his eyebrows as another disconcerting thought came to him. “Of course, that’s presuming it is a cursed object, and not something else.”
Sam sighed and laid his hands on his hips as he leant against the living room wall.
“So what now? Find out why they both saw boys before they died?”
Dean nodded. “Sheriff Lees was close to one of them, Sophie Bennings. I’m pretty close she’ll spill something on her if we pull the good-cop part again.”
It was too late to take the half-hour drive back to the police station, so after stopping দ্বারা at the cheapest fast খাবার place, the brothers returned to their motel room for the evening. After around three hours of research and hacking, Sam could quite safely but annoyingly say that he had dug nothing up on Isabella Henley ever having a son, অথবা why she would see a boy, if she’d been in an accident involving a child অথবা something. Eventually, fully exhausted, Sam felt his eyes going...and then his shakes started. Only at the tips of his fingers, but it was a warning nonetheless. Definitely time to sleep. He got up suddenly, and Dean peered up from their father’s journal.
“You alright?”
Sam nodded. “I’m just shattered. I’m turning in.”
Dean looked at the clock and faced his brother again. “Dude, it’s just hit ten.”
Sam put his duffel bag on the floor beside his বিছানা and began to get some clothes out.
“Alright, Sasquatch. Whatever floats your boat. Mind if I go out for a couple of hours? খুঁজুন the pubs? Maybe get laid?”
Sam smiled in spite of himself, relief flooding through him at the suggestion.
“Sure. Just...don’t be too loud when –” Sam corrected himself, “– if আপনি come back in, okay?” He threw Dean the room key that was lying on the bedside টেবিল and he caught it.
“Deal.”
Dean closed the door behind him and found himself much less enthusiastic to go out, drink, and have sex than usual. There was something that was at the back of his mind no matter how much he wished it would go away, and it was worry for his brother. He’d had it for as long as he could remember, and he knew that it only got this strong when things were really bad. He just wished Sam would talk to him, like the old times, before....he tried to place when it had happened, and it came to him with a surge of frustration. Before he went to Hell. অথবা before Ruby. Whatever it was, he’d changed since Dean had come back...and not, Dean felt, for the better.
Dean shoved the motel room key into the pocket of his faded brown leather জ্যাকেট and made his way out onto the main রাস্তা of shops, scanning for a bar অথবা pub. অথবা a strip club. He wasn’t bothered, really. His eyes ran across the brightly lit LED signs in the humid summer night as he turned in a বৃত্ত to get a full view. He found something, at least.
“Damn it, Cas, আপনি can’t keep doing that to me! Human hearts can’t take too many shocks, আপনি know!”
TeeFly, kiaya91 and 2 others like this
TeeFly Yay, still loving it!!! :))
5
Parallel, Ch. 6
posted by shomill
The Walker প্রথমপাতা was a two-story, three-bedroom কুইন Anne house, complete with a চূড়া on the right side and spacious, wrap-around porch. The house was old and appeared to need a paint job, but otherwise it was in very good condition.

"My favorite," Dean ব্যক্ত sarcastically, as the four Winchesters got out of the car. "Big, old house with a turret. Casper's পছন্দ haunting grounds."

Samantha looked over the house approvingly. Why does everyone have this stereotype that Victorian houses are spooky?"

Dean gave her a funny look. "I didn't mean anything personal, sweetheart."

D was irritated দ্বারা his...
continue reading...
6
Parallel, Ch. 3
posted by shomill
D sat on her bad, and Samantha sat at the table, working at her computer. "Find anything?" asked D. She opened the পিজা box and bit off the end of a slice of pepperoni.

Samantha scrolled down the তালিকা of files she'd hacked into. "About Samuel and Dean Winchester? No, nothing. No record of anyone দ্বারা either name."

D nodded. "Okay, then." She opened her duffel bag and checked the shotgun to be sure it was loaded.

Samantha turned sideways in her chair, resting her elbow on the back of it. "D, I think they're human. Shoot 'em with rock salt, you'll...
continue reading... 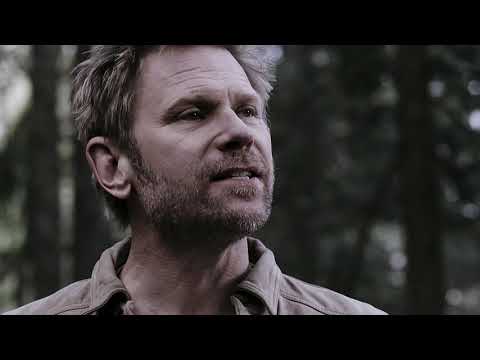 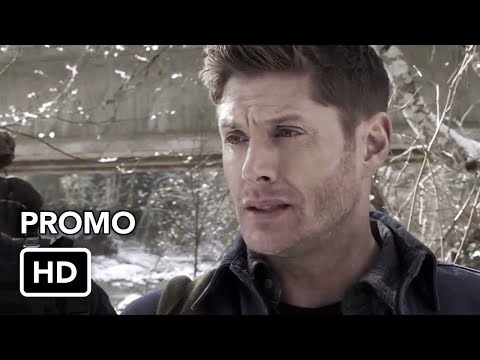 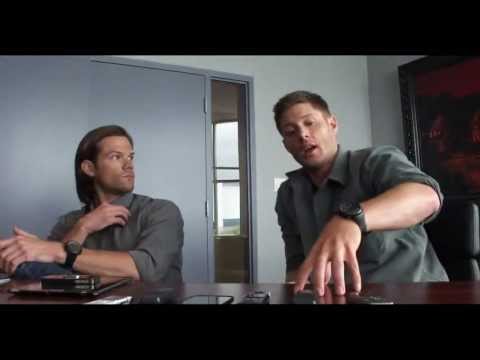 8
Until the truth becomes a lie
added by Kaidi
An AU crossover. Domino is a bounty hunter. Dean is a ghostbuster. Their lives are so dangerous, but when Domino had to find Dean...Well, let`s face it, what women can resist Dean`s charms?:)
video
অতিপ্রাকৃতিক
dean
winchester
crossover
domino

7
Sam and Blair Call Me
added by vichen
[Crossover Supernatural/Gossip Girl]
video
অতিপ্রাকৃতিক
sam
winchester
ব্লেয়ার ওয়ালদোর্ফ
jared
leighton
গসিপ গার্ল
1
Three's a Crowd chapter 12 Leverage (9/10)
posted by HaleyDewit
Meg opened the door of her room and saw Dean sitting where she had expected Claire to sit. “What are আপনি doing here?” she asked, অভিনয় calm. “And where’s Claire?”
“Oh, she’s with Sam” Dean replied. “She’s fine, দ্বারা the way, no thanks to you” He got up and walked to Meg. “Seriously, Meg, what were আপনি thinking?”
“Hey, for the record, this was her idea” Meg defended herself. “She ব্যক্ত I should tell her mother I’m keeping her hostage in exchange for Jimmy and I just figured it would be a lot আরো convincing if I’d do it for real”
Dean shook his head, furious....
continue reading...
1
What Happened in Colorado chapter 9 Seduction (4/10)
posted by HaleyDewit
A nurse was helping Daphne with her lunch when Zoey came in the room. The nurse looked up.
“Oh, I’m sorry, I didn’t know…” Zoey ব্যক্ত apologizing.
“No, it’s okay” the nurse said. “Maybe, if আপনি want, আপনি can take over”
“Yeah, sure” Zoey ব্যক্ত and she walked to the bed. The nurse got up and offered Zoey his chair.
“Enjoy your meal, Daphne” the nurse said. “When আপনি need something, just push the button. I’m staying close”
He walked to the door and left.
Zoey sat down on the chair and looked at Daphne’s plate. “Oooh, chicken, yummy”
Daphne shrugged. “You can...
continue reading...
5
First Fanfic Part VIII
posted by HorrorFan101
Sam didn’t honestly know what had possessed him and his brother to come out to Nettington Highway at seven past midnight on a murky, damp night, but he supposed that it was one of the low points of the job; especially when they didn’t know how to put Matthew’s spirit to rest as he’d been cremated. They needed to find another উৎস of remains অথবা belonging to him. Sam sighed at the illogical concept of the plan they’d come up with in the last few hours.
Dean, on the other hand, looked like a child again; and it was in moments like this that Sam really could see the প্রণয় Dean had for...
continue reading... 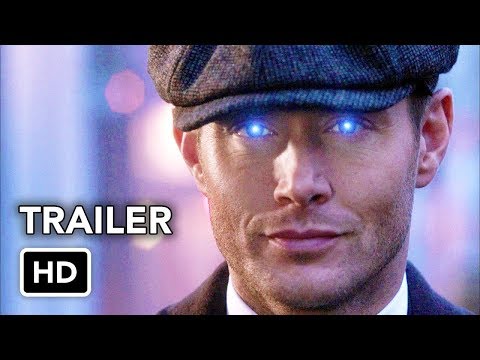 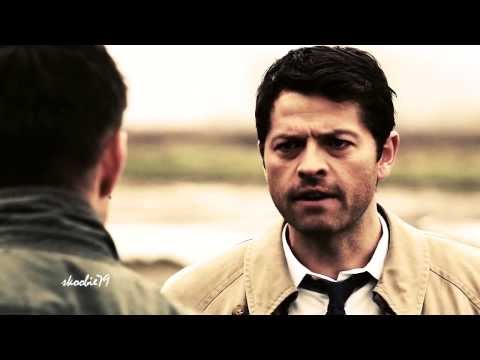